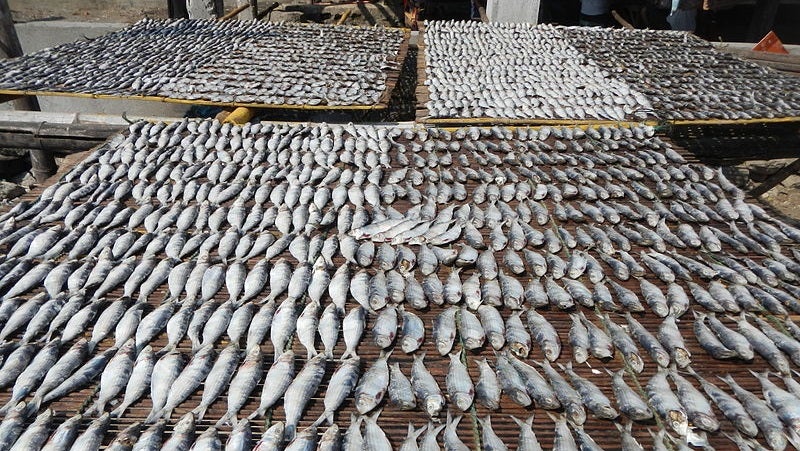 These days, it’s a luxury (and often a goal) to eat local. A few hundred years ago, it was a necessity. One country found a way to break free of local, seasonal eating and that discovery changed the world.

You like herring? Even if the answer is no, you probably like it more than starving to death. You’d gnaw on a salted herring if that was the only possible way of getting through a winter. In this, you’re no different from a medieval peasant. Brined herring was a staple of coastal cities all through Europe in the Middle Ages. You had to be careful with it, though. The fish had to be hauled in fresh to be preserved safely, and even then it wouldn’t keep forever.

We don’t know who invented a new way of processing fish, but we think it was someone in the 14th century, who didn’t gut the fish the right way. Instead of removing all the entrails, the fish had a portion of the pyloric caeca and the pancreas left inside it when it was put in the brine.

If you imagine a fish’s digestive system as one long tube, the stomach would look like a little pouch. The pyloric caeca, just behind the stomach, looks like the digestive tube grew a beard. It has a long shaggy fringe of fleshy protrusions. The small “hairs” of this fringe secrete digestive enzymes. They turn the crunchy parts of the small crustaceans that the fish eat red and soft. They activate the pancreatic enzyme trypsin, which breaks down proteins. And when they’re left in a dead fish, and then brine is added, those enzymes cause the salted fish to partially digest itself.

Sounds disgusting, tastes great — or at least great compared to regular salted fish. The process, called ripening, not only made the fish taste richer than other herring, it allowed the fish to keep longer than merely salted fish. This was not a minor accomplishment. It allowed the people in what is now The Netherlands to take over an international market by making the best-tasting staple food around, along with building bigger, more-specialised ships that went after shoals of herring far off shore and processed them on the boat.

[Source: Amsterdam: A History of the World’s Most Liberal City]