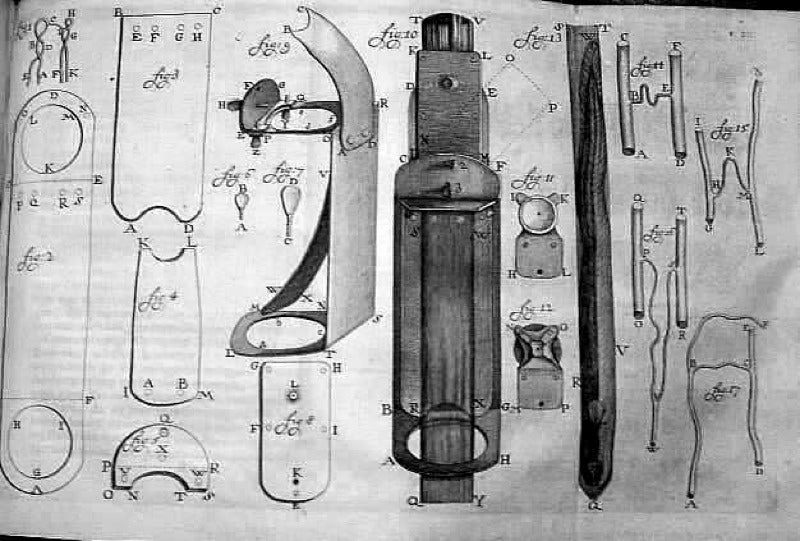 Science fans love to nerd-gasm when it comes to popular culture. Witness the countless recent articles analysing the science versus the storytelling of The Martian. That tension between accuracy and artistic licence is not unique to modern society. It’s been present throughout history, including depictions of the earliest observations made with microscopes.


As part of a research project into the early visual practices of London’s Royal Society, Katya Morgunova has been delving into the work of an 18th century Dutch draper named Anthonie van Leeuwenhoek. He built more than 500 microscopes in his lifetime, and worked closely with contemporary artists to accurately illustrate what he saw with those instruments.

Van Leeuwenhoek didn’t invent the microscope. That honour belongs to a Dutch eyeglass maker in late 16th century Holland named Zacharias Janssen. (Some historians credit a fellow Dutch eyeglass maker, Hans Lippershey, with concurrent, though independent, invention.) The key evidence: a letter by Dutch diplomat William Boreel, a longtime family friend of the Janssen family, to the French king in the 1650s detailing the microscope’s origins some 50 years earlier. 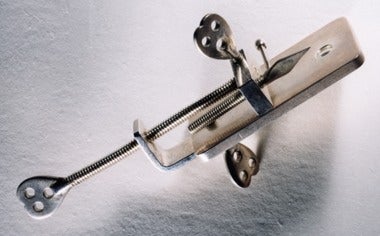 Nor was van Leeuwenhoek the first to try to illustrate the wondrous tiny world he observed. As Morgunova notes at The Repository (the blog of London’s Royal Society), Robert Hooke had been making his own illustrations (drawing on his background as a draughtsman) of what he saw under the microscope for decades by the time van Leeuenhoek came along, publishing the incomparable Micrographia in 1665 — possibly the first popular science bestseller.

In fact, Micrographia inspired van Leeuwenhoek to start making his own microscopic observations. Therein lay his particular genius: he was incredibly skilled both in lens-grinding, and in adjusting lighting, enabling him to achieve unprecedented (at the time) magnifications. His microscopes were basically handheld magnifying glasses: just a single lens mounted in a tiny hole in a brass plate. He would mount the specimen he planned to study just in front of the lens, adjusting position and focus by turning two screws.

Some of the things he studied included protozoans found in pond water, animal and plant tissues, mineral crystals and fossils. He was the first to see living sperm cells of animals. And he memorably studied the plaque between his teeth, as well as the teeming hordes of bacteria in the mouths of two elderly men who claimed they had never once cleaned their teeth — the first recorded observation of living bacteria ever recorded. He was still dictating new observations on his deathbed in 1723. 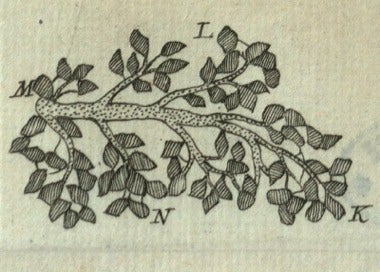 But unlike Hooke, van Leeuwenhoek wasn’t particularly artistically inclined. He had to collaborate with artists to illustrate what he observed. This meant striking a balance between conveying the details accurately, and making useful analogies, the better to communicate those details to a public that had never seen such things before. As Morgunova writes:

[I]n the 17th and early 18th centuries the process of producing illustrations was very complex. If the researcher was not skilled in the visual arts, as was the case with Leeuwenhoek, he had to have artists produce the images for him. Furthermore, the published images were in engraving, but in most cases a drawing was created first and then traced onto a copper plate for subsequent engraving by an engraver, and the plate was then printed. Thus three different people were usually involved in producing one image — the researcher, the draughtsman and the engraver.

It is not always straightforward to draw or engrave a previously unseen microscopic object: there is room for interpretation of the details, and different artists resolved this issue in their own ways. Leeuwenhoek’s artists often turned to imaginative analogies, such as comparing parts of specimens to buttons, flowers or branches, as can be seen in this description of the carnous fibres in beef muscles: ‘Amongst several pieces of Flesh, where the carnous Fibres were cut transversely, I happen’d on one piece with its Branches so plain, that the Membranes and Fibres look’d like so many Boughs of Trees, with the Leaves on them, as may be seen…’ (1720). This analogy is visually expressed in the illustration produced, as the piece of flesh very clearly resembles a tree branch [pictured above].

It seems van Leeuwenhoek was ok with a little artistic licence, and sometimes even suggested useful analogies of his own — as long as the final images were sufficient accurate.

[Via the Royal Society/The Repository blog]