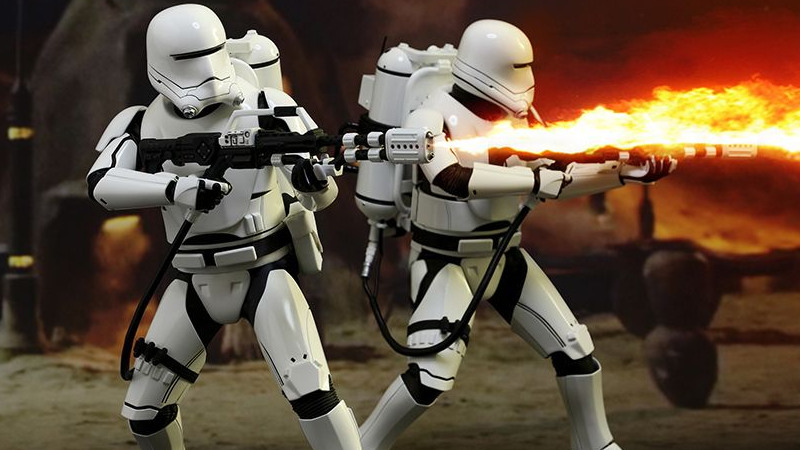 First, Kylo Ren and his Stormtroopers were there to tempt your disposable income out of your wallet. Then, the Snowtroopers came along and straight up demanded it. Now the First Order’s most pyromanic adherents are here to finish the job.

It makes sense that the first salvo of The Force Awakens figrues from Hot Toys are all the different varieties of trooper for the First Order. No pesky licenses from actors to get their likeness, just slap a guy in gorgeously rendered armour and call it a day. 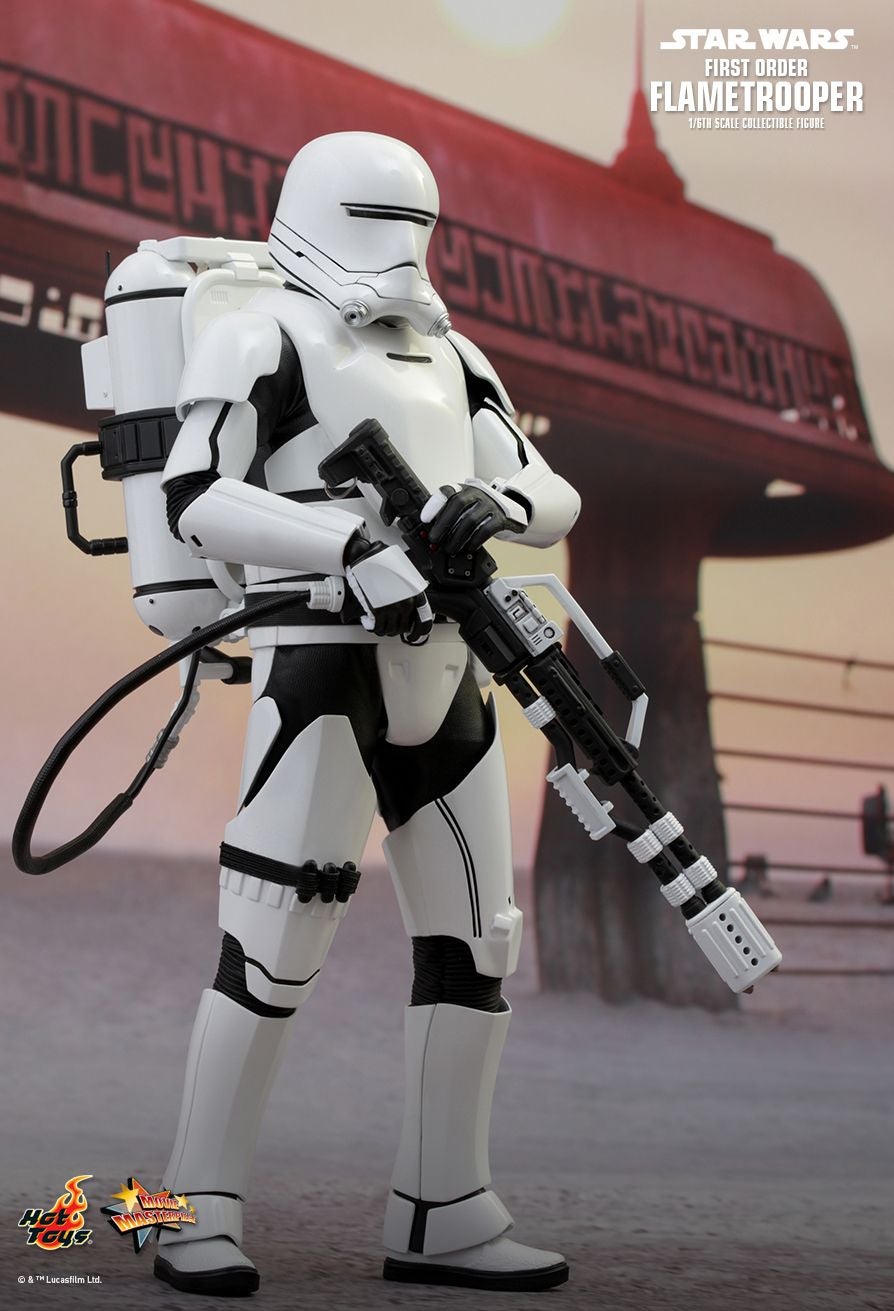 And gorgeously rendered the Flametrooper is. Although they share similarities with their Snowy and Stormy bretheren, the Flametrooper comes with a bunch of extra armour, ontop of the hulking gas pack for the weapon that gives them their names.

Aside from the wacking great backpack/flamethrower (ability to shoot actual flames not included, publicity pictures be damned), the Flametrooper doesn’t come with much else — just a series of alternate hands to either hold his weapon or stand relaxed. You’d think they’d have a spare pistol or something on the occasional chance they need to shoot someone more than a few feet away, but nope. Just like the Empire before them, the First Order loves itself a single-service soldier. 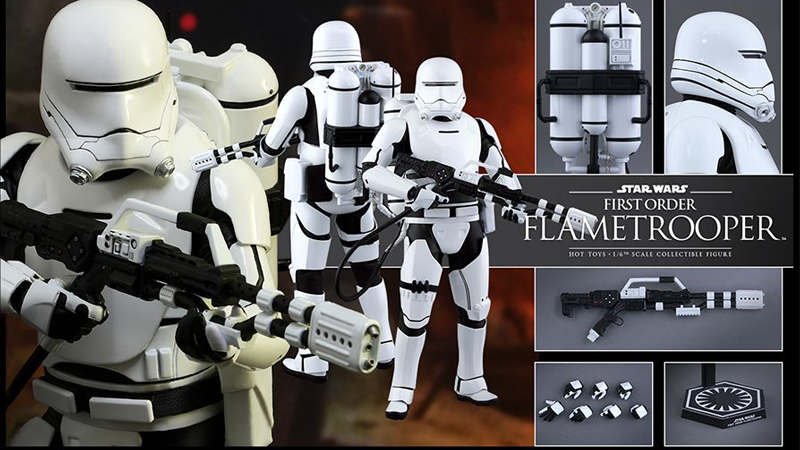 If you plan on army building these guys, then I am so sorry for your wallet (but incredibly jealous of your capacity to spend so much money on badass toys). The First Order Flametrooper will be available in winter next year, and set you back around $US200-225 when preorders go live on Sideshow Collectibles’ website.