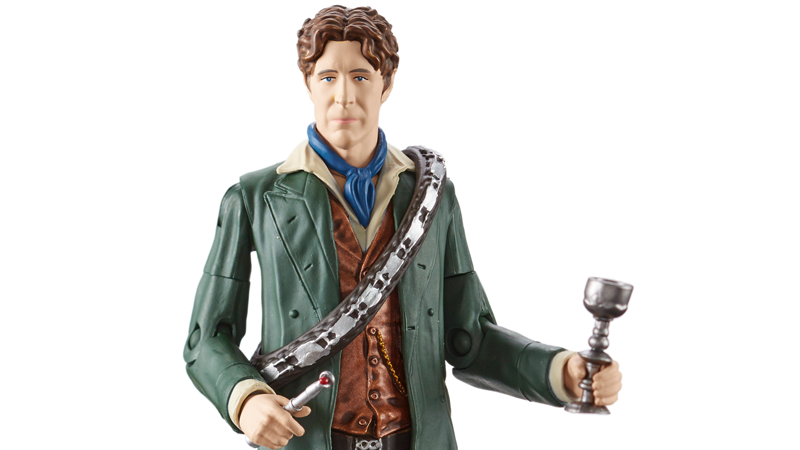 Paul McGann’s Eighth Doctor has long been left in the shadows by Doctor Who (on TV at least) — it took him 17 years to show up again after his first appearance in 1996, which gave him a cool new outfit to boot. But it’s only now, 2 years after that appearance, that he’s getting a rad action figure to go with it.

This 14cm tall figure depicts the Eighth Doctor as he appeared in “The Night of the Doctor”, the awesome minisode released for Doctor Who‘s 50th anniversary celebrations in 2013 that finally gave the Eighth incarnation of everyone’s favourite Time Lord an onscreen regeneration sequence. While there’s been a figure of his appearance in the 1996 Doctor Who TV movie, it’s the first of him to be released in his updated outfit. 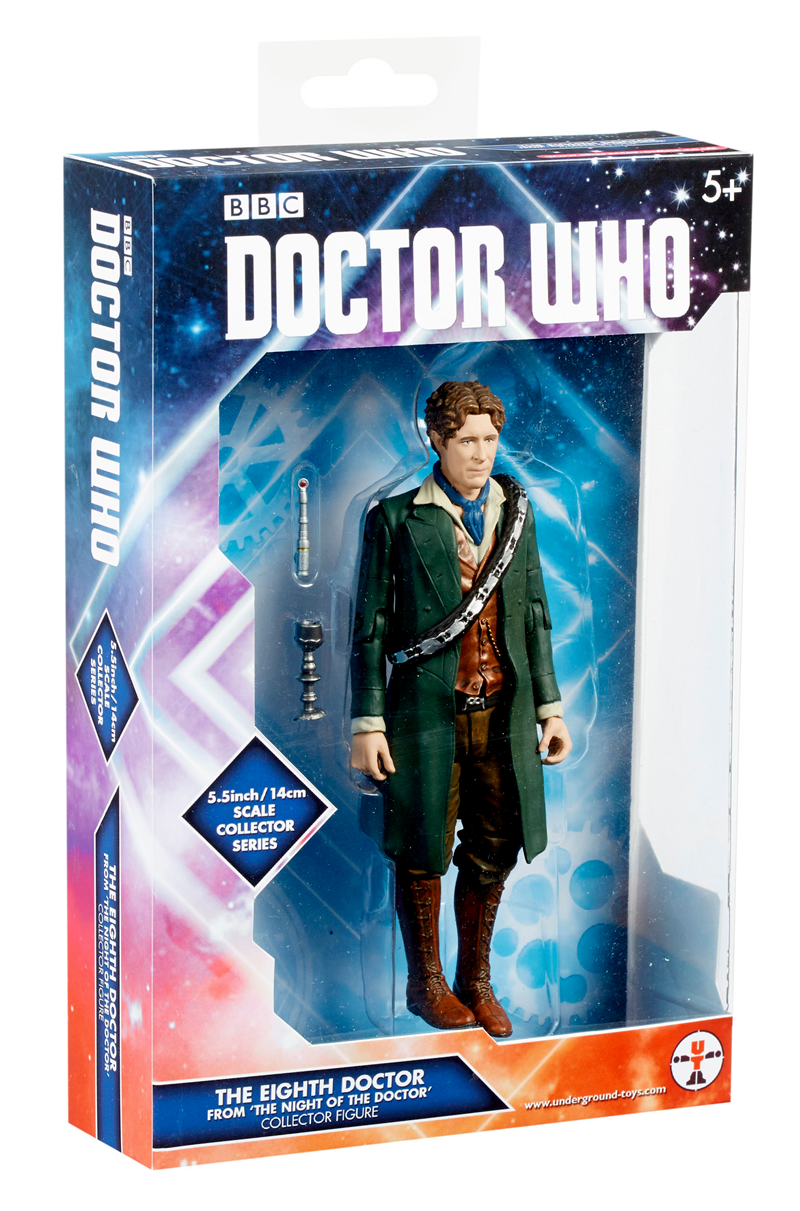 The figure, which comes with a Sonic Screwdriver and a goblet of mysterious liquid given to The Doctor to aid in his regeneration, spearheads a new range of 14cm-scale Doctor Who figures that will exclusively retail at Toys R’ Us in the UK. Up until a few years ago all Doctor Who figures were in this format, but a move to the more typical 9.5cm scale lead to some less than stellar toys — so it’s nice to see the line back, and kicking off with such a cool figure. 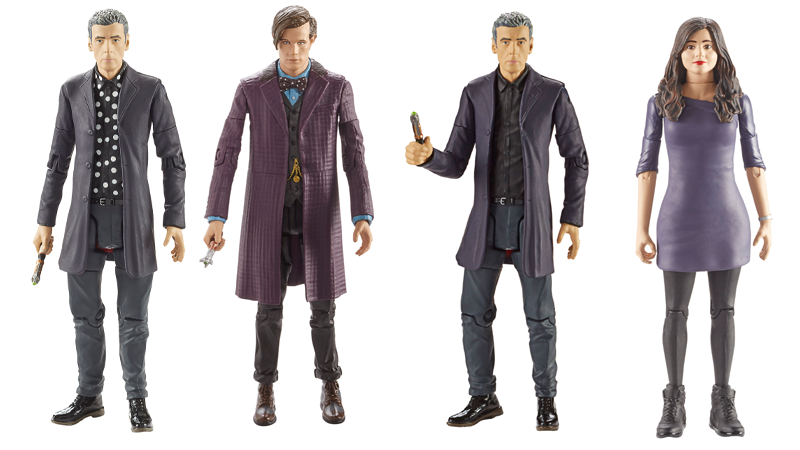 The Eighth Doctor will be joined by the first 14cm scale figures of the current Twelfth Doctor, played by Peter Capaldi, and his current companion Clara Oswald, played by Jenna Coleman, as well as a new version of the Eleventh Doctor. The Twelfth Doctor will have no more than four different versions, each with a different shirt, while Clara has just one — a plain purple dress.

[Via Doctor Who News]