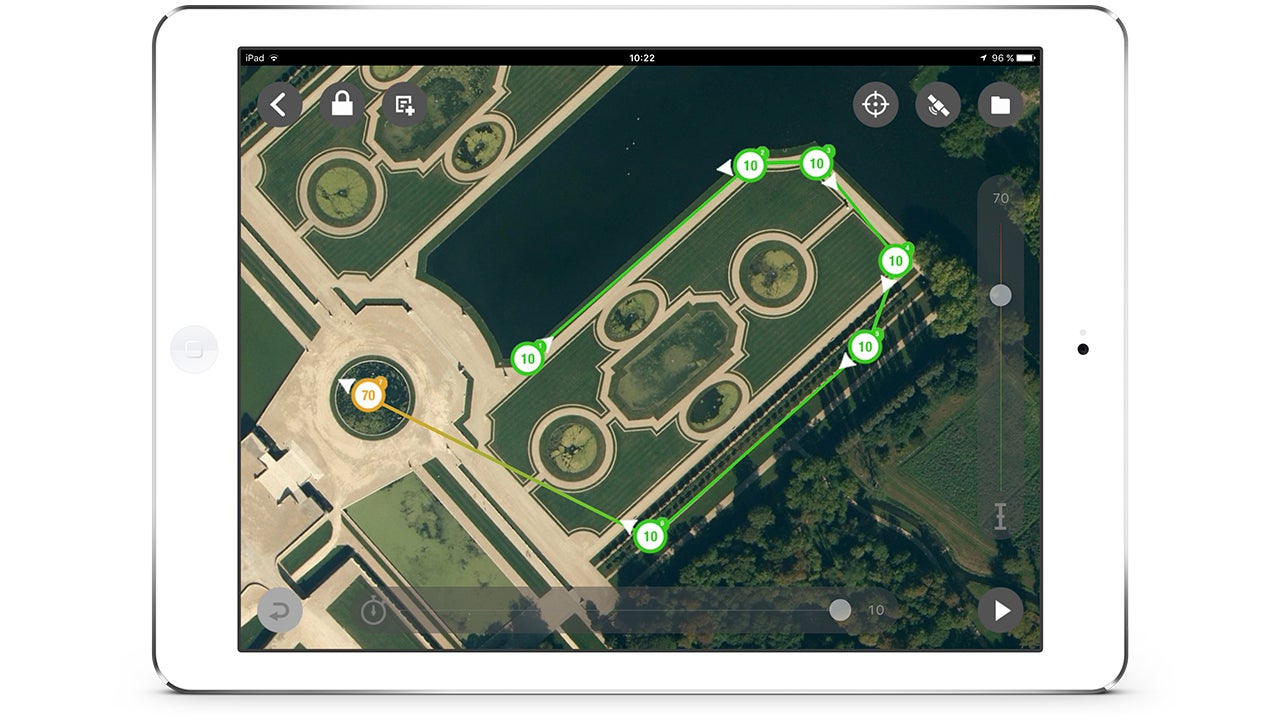 Hot on the heels of Tesla revealing the new autonomous driving mode for its electric cars, Parrot has just announced a $US20 upgrade for its Bebop drone that lets amateur (and unskilled) pilots easily plot a course on a map that the craft will autonomously follow using GPS.

At just $US500 the Bebop is one of the more affordable ways to try your hand at drone photography, thanks to a 14-megapixel, full HD camera already onboard. But piloting a drone smoothly so you can capture some breathtaking footage takes some practice — a lot of practice. So Parrot is introducing the new Flight Plan mode, available as a $US20 unlockable feature in the FreeFlight 3 piloting app, that does all of the hard flying work for you.

The pilot simply uses a map in the FreeFlight 3 app to first select a departure point, and then additional waypoints to create a route for the drone to autonomously fly. In between those points the pilot can also make changes to the Bebop drone’s speed, altitude, and direction it’s pointing to ensure it always has an ideal camera angle.

Accuracy is promised to be within about six feet of each waypoint, and the user is able to save, reload, and even edit routes in the app later on. At any point during a flight the pilot can also take over manual control of the drone to help keep it out of trouble, or to temporarily divert its flight route.

In our review of the Parrot Bebop drone we found that relying on the FreeFlight 3 app to actually pilot the craft was the biggest, almost insurmountable challenge. But the Flight Plan mode sounds like it could vastly improve the usefulness of the drone if you plan to use it exclusively for aerial photography. If you’re just out to have fun and fly it around, though, why would you ever want to put it on cruise control? [Parrot]