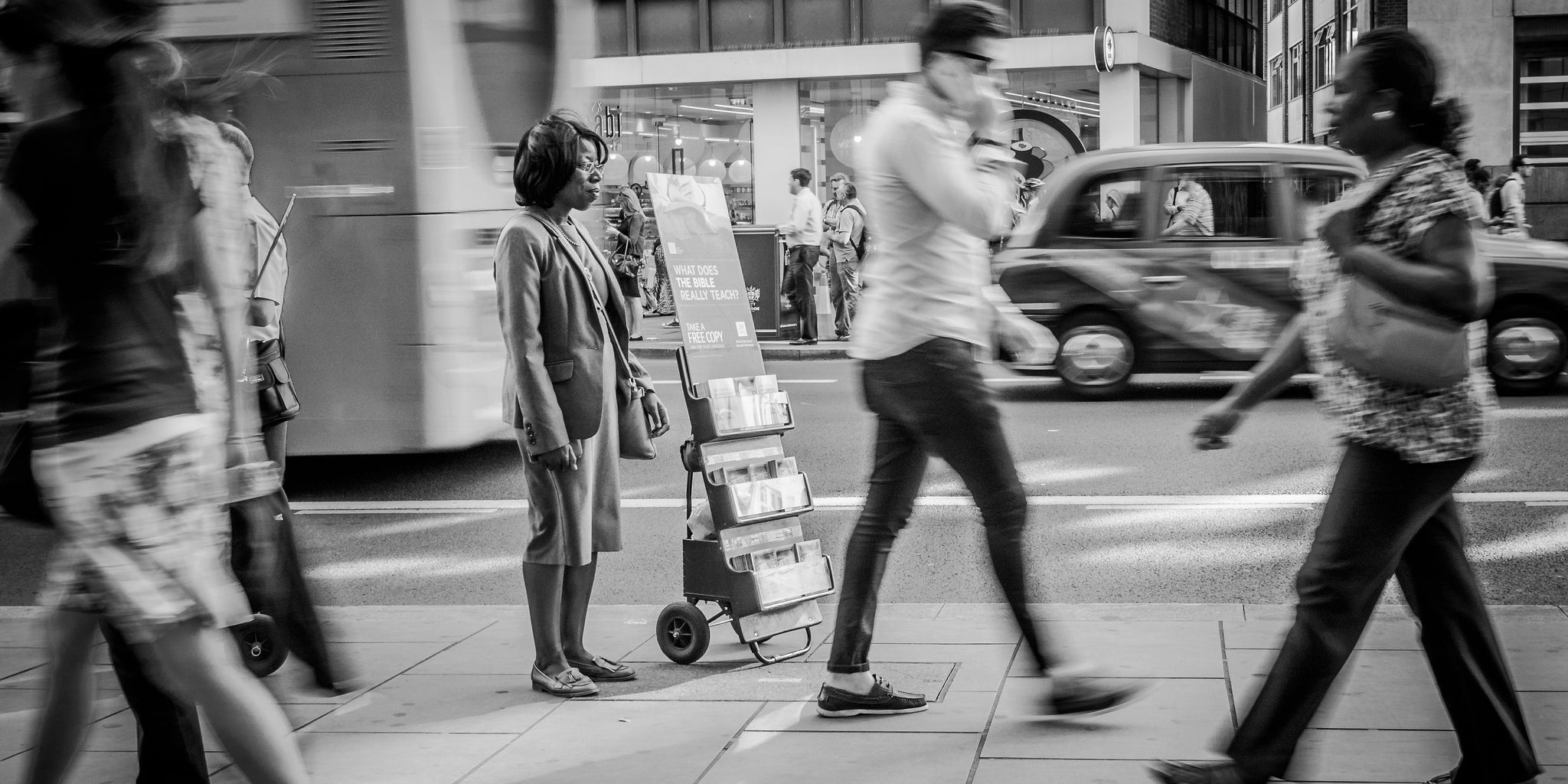 Working retail, waiting tables, standing in line at the amusement park or just shopping with mum, anyone who's ever been stuck on their feet for a long time more or less standing still knows that it's much more tiring than walking the equivalent amount of time. But why?

First, when you stand, your legs aren't resting, even beyond just supporting your weight. Instead, your body sways very slightly. To keep you upright, a few muscles, particularly those in your calves, are constantly working, making very small adjustments that you probably aren't consciously aware of. On the other hand, when you walk, the burden is distributed across more muscle groups. Muscles swinging the arms help propel them, core muscles keep you stable, butt muscles complete your stride, and the legs of both the calves and the thighs are employed.

Second, when you're standing still, each foot and leg supports about half of the body's weight, but neither ever gets a rest. On the other hand, when walking, each time a foot is raised the muscles formerly helping to balance you get a little break as does the bottom of your foot. While only a small break each instance, this totals to about half the time being in more or less a resting state other than the muscles required to lift your foot off the ground.

Third, when you stand, the blood and lymph fluids pool in your feet, calves and ankles, because your heart cannot efficiently pump the blood all the way up from your feet by itself. This is why if you stand in one place for long periods, you might notice that your feet and lower legs swell a little.

Because the heart isn't up to performing this task efficiently, it relies in part on muscle contractions that occur when you walk and move about. As David J Tibbs in Varicose Veins and Related Disorders, states,

Only the peripheral pumping mechanism (musculovenous pumping) can cause full venous flow against gravity. This forceful pumping action is brought about when multiple veins are compressed by contraction of surrounding skeletal muscle. The valves direct the blood heartwards and prevent it from falling back again. Thus, by this simple arrangement, the harder the muscles work, the more vigorously is the massive flow of blood generated by this activity returned towards the heart.

Thus, when you stand in one place, your muscles are receiving less oxygen and other such things they need to operate at peak efficiency compared to when you walk around.

Fourth, when you stand, the entire load of your body rests on the same place — the underside of your feet, and particularly on the balls and heels. Beyond one side getting the aforementioned break about half the time, when you walk, different parts of your feet bear the load at different times.

Fifth, standing is sometimes much more boring than walking, particularly if you are at work with nothing mentally engaging to do (or watching your mum shop…). With nothing to occupy your mind, it can wander to how tired you are and how much your feet hurt. On the other hand, when walking, your brain will be more occupied since you must constantly assess the situation and avoid obstacles. Thus, standing may also seem even more tiring because you are just more aware of how your legs and feet are feeling.

Sixth, if you walk fast enough (or jog), your body will release neurochemicals that make you feel better, including adrenaline that pumps the heart faster, providing more oxygen to the muscles and brain, as well as endorphins that improve mood.

Image by Per Gosche under Creative Commons licence.