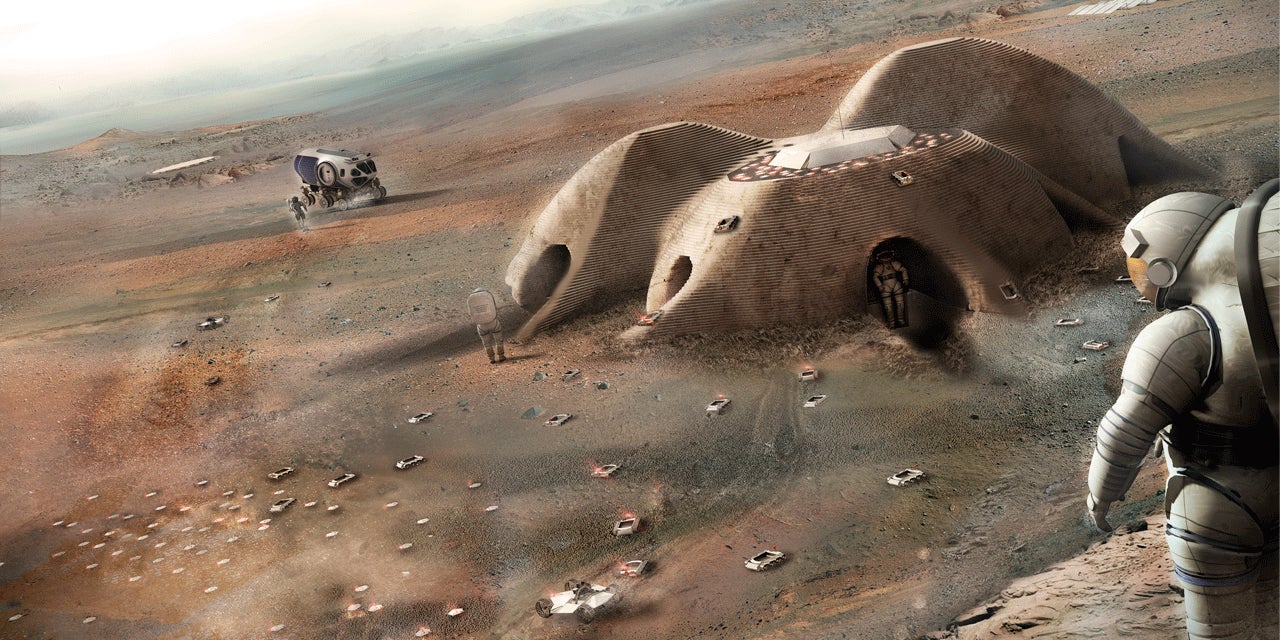 The acclaimed architecture firm Foster + Partners has unveiled a series of images that depict plans for a 3D-printed settlement that could be built on Mars.

The designs have been shortlisted as one of the finalists in the 3D Printed Habitat Challenge organised by America Makes and NASA. They describe a 93-square-meter base which would be built from regolith — the loose soil and rocks found on the surface of Mars. 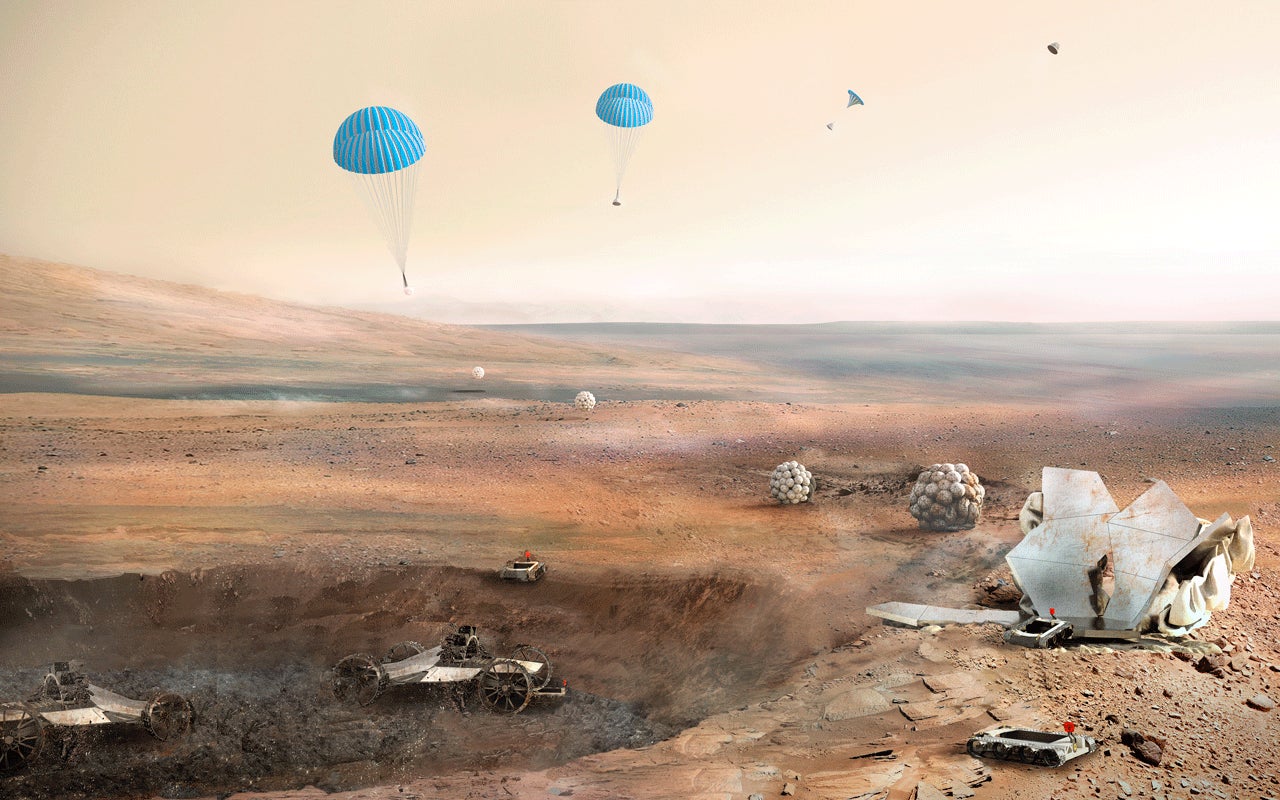 The firm's concept would involve a delivery of semi-autonomous robots ahead of the arrival of astronauts on the planet. These automatons would be used to dig a 1.5 meter deep crater, where a second delivery of inflatable modules would be installed. 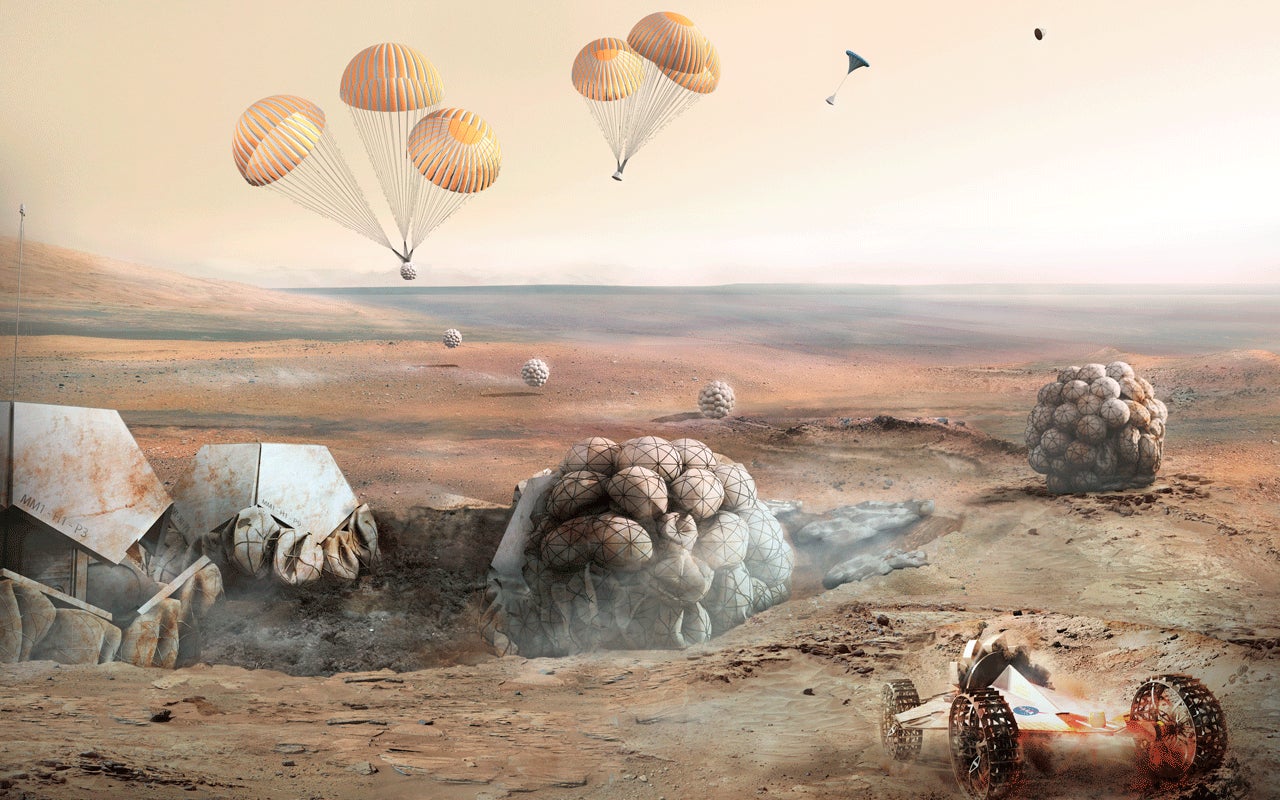 When the inflatables were in place, a series of smaller robots would then move the Martian soils to cover them, building up the material a layer at a time. At each stage, a series of 'Melter' robots would use microwaves to fuse the loose material together — a kind of large-scale 3D printing. 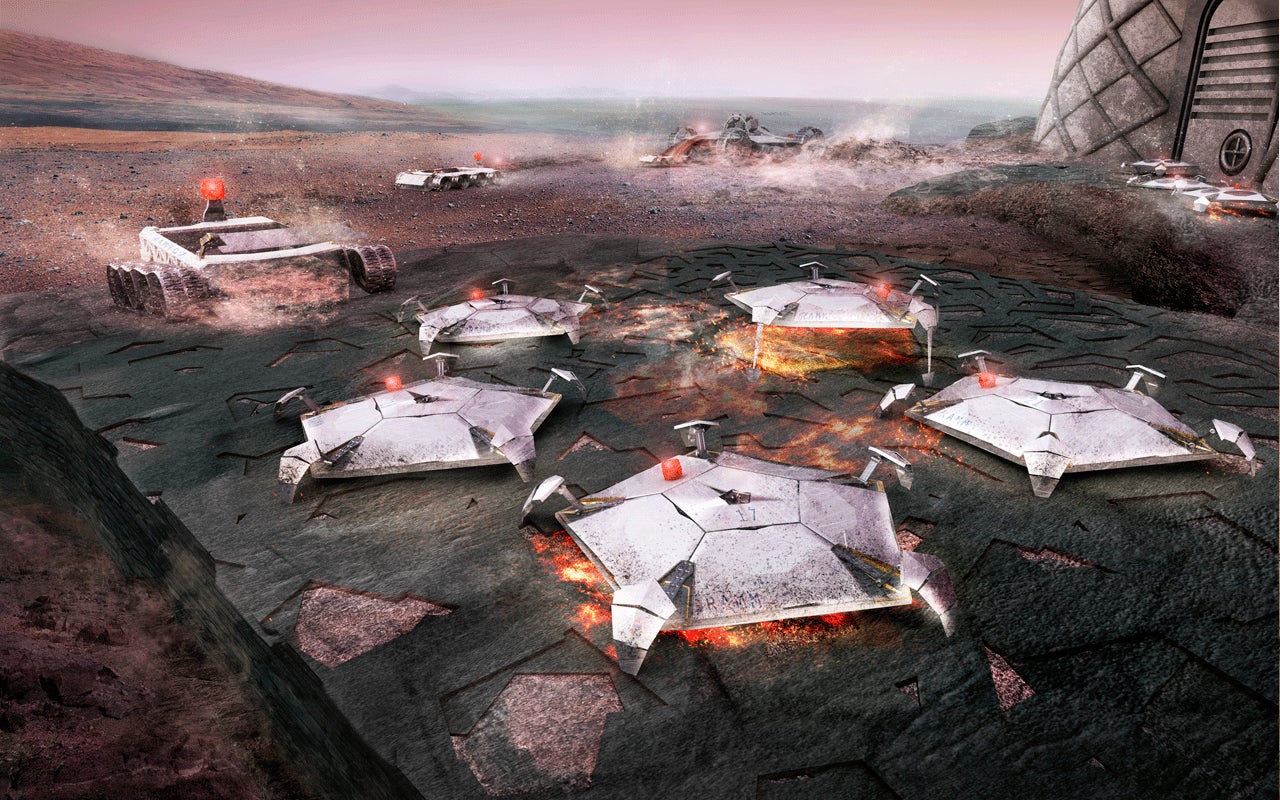 The finished structures would, Foster + Partners claims, provide "a permanent shield that protects the settlement from excessive radiation and extreme outside temperatures." 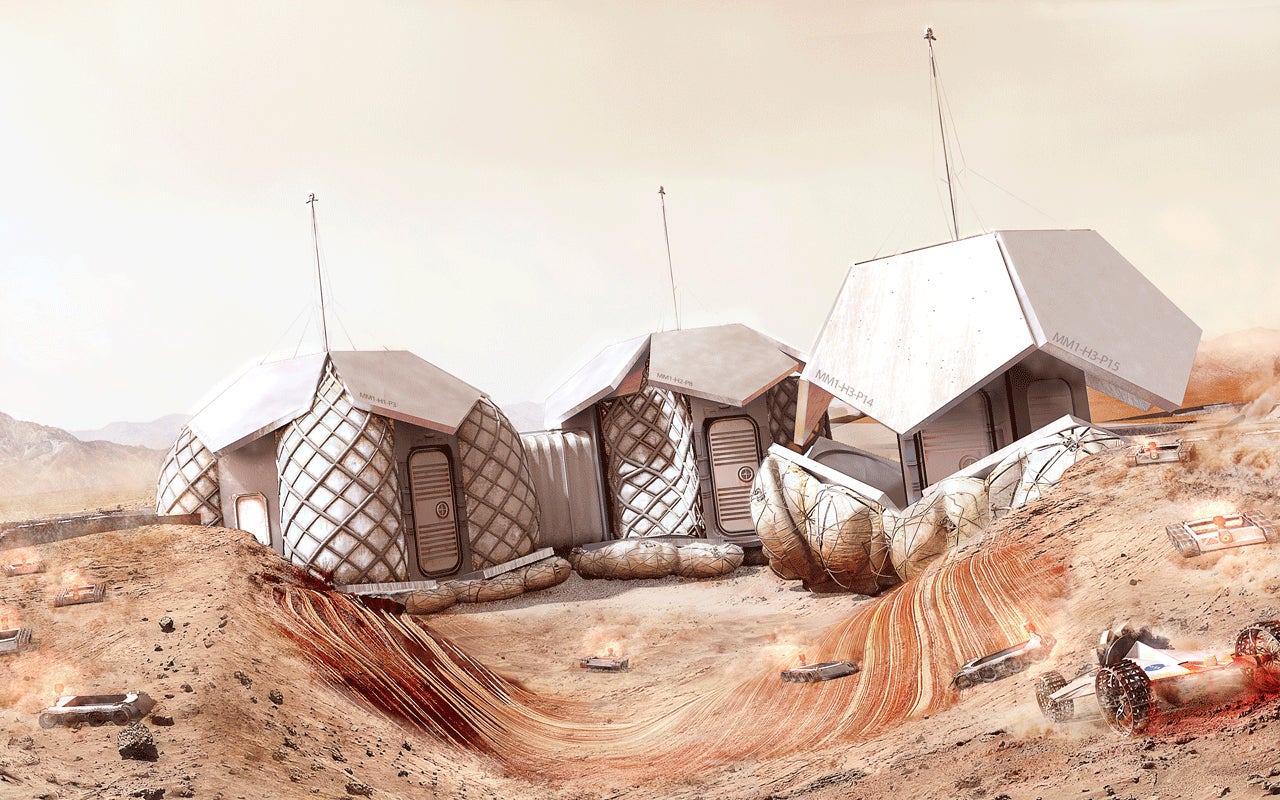 Inside the 93-square meter building there would be a series of private and communal spaces, "finished with 'soft' materials and enhanced virtual environments, which help reduce the adverse effects of monotony, while creating positive living environment for the astronauts." 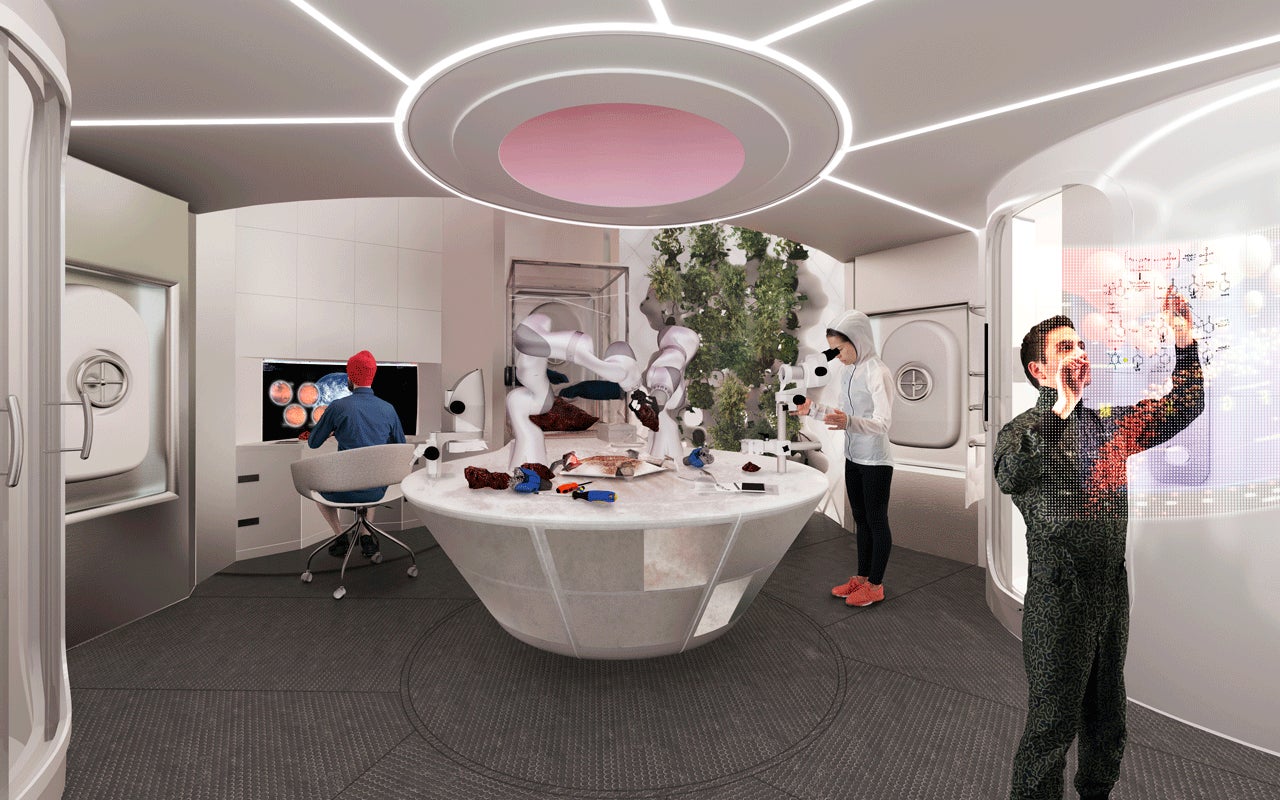 This isn't the first time Foster + Partners has shown an interest in building in distant locations. Last year, it unveiled plans put together with the European Space Agency to build the first moon base. 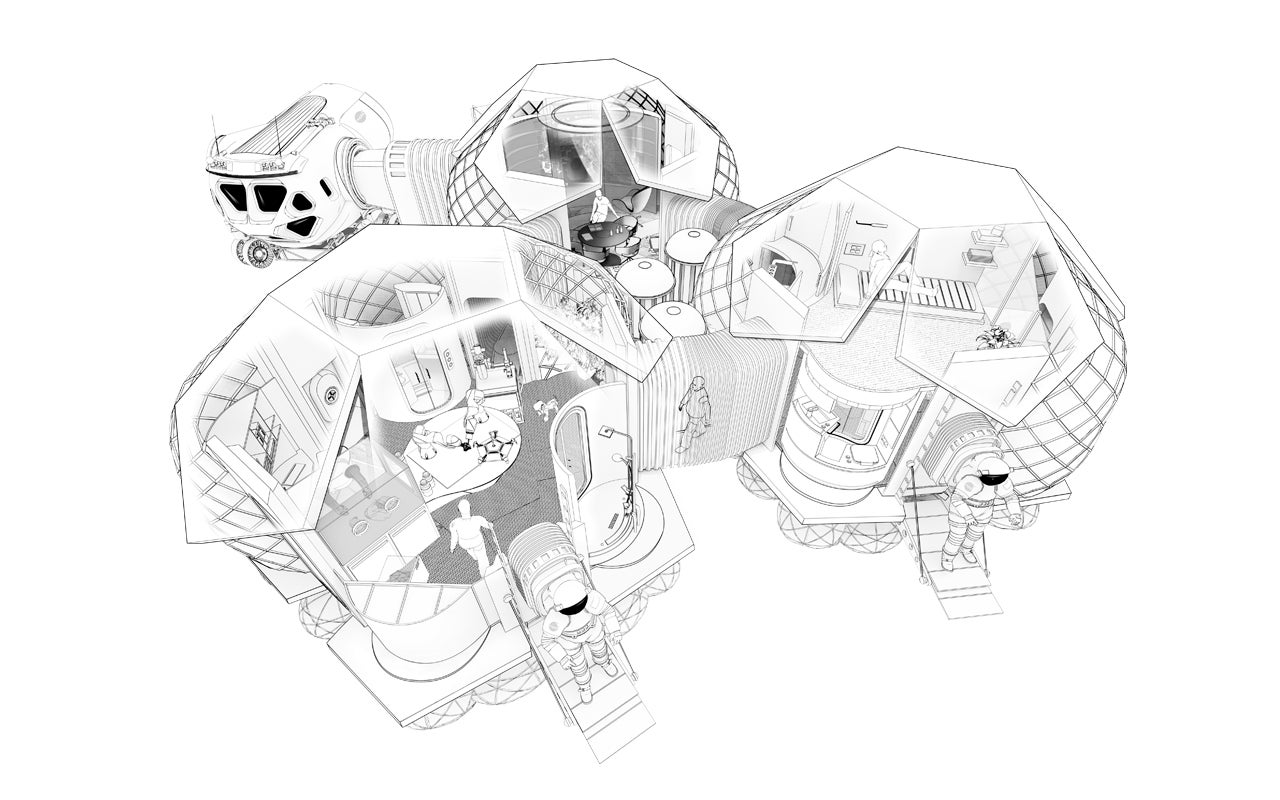 We might never manage to build a base on Mars, of course, let alone one that looks like this. But the exercise of imagining how to do it could help inspire all kinds of future building projects — on this planet and others.