This Game Has Kids Knocking Down Schools With A Wrecking Ball 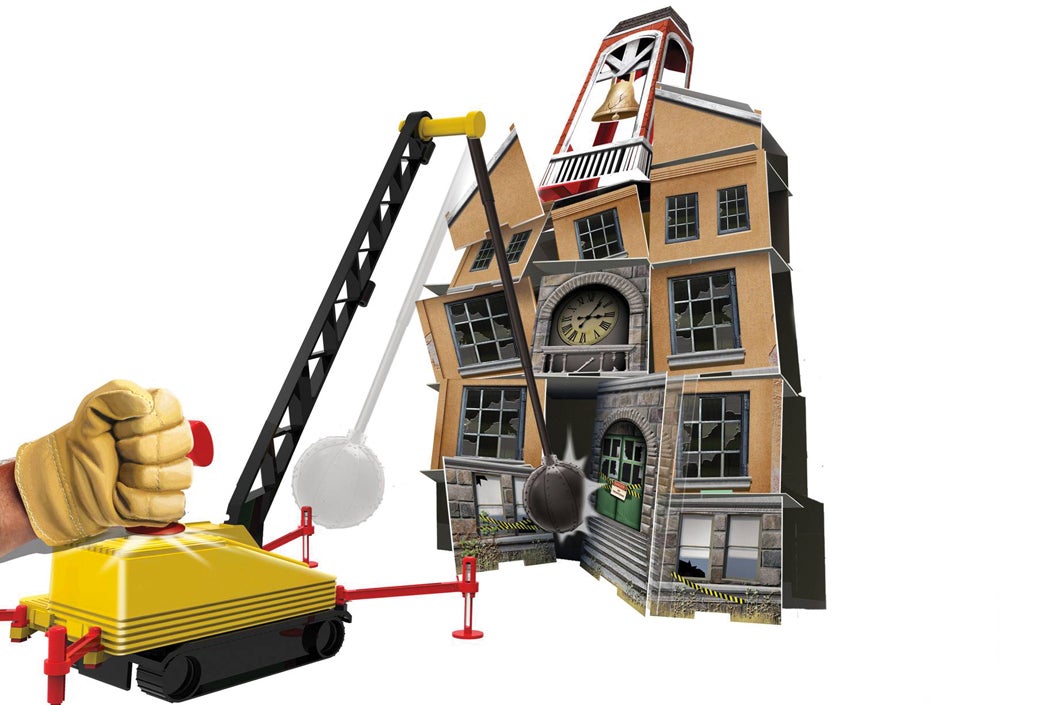 There are more than a few childhood rhymes that involve the destruction of a school; it's a fantasy that most kids have every time recess comes to an end. So, naturally, someone has made a game that lets kids take a miniature wrecking ball to a school they just built.

There aren't exactly a lot of rules to SmartLab Toys' $50 Demolition Lab Wrecking Ball game. Kids use an assortment of wall and ceiling panels to assemble an abandoned (read: no kids inside) school which is held together with plastic clips instead of cement. As a result, the included plastic wrecking ball makes fast, but very satisfying, work of toppling it to the ground. 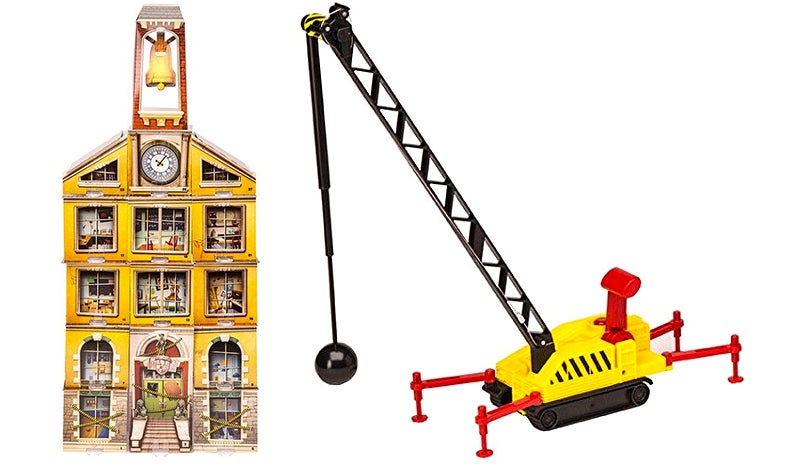 The game is mostly about the joys of demolition and destruction, but there's still an opportunity for kids to learn about scientific principles like inertia, momentum, and the affects of good old gravity. They can also keep it interesting by challenging themselves to bring down an entire miniature structure in one blow, or strategically only knock out a single wall.

And before you fly off the handle over concerns that this wrecking ball toy will contribute to delinquent behaviour, it's safe to assume that any kid who would actually steal a wrecking ball crane to demolish a school probably has pre-existing issues not being properly addressed. [SmartLab Toys via Wink Fun]