Terrify Your Neighbours With This Window Tapping Peeping Tom Prank 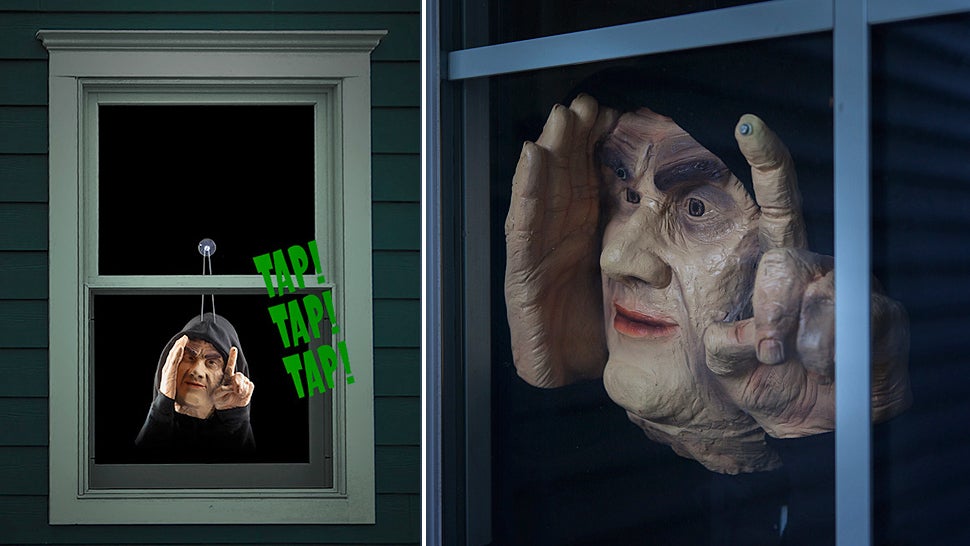 It's never too early to start planning a cruel Halloween prank, and this year ThinkGeek's got a doozy: an easy-to-install motorised Peeping Tom face that taps on windows at pre-set intervals so it won't go unnoticed. Muhuhaha!

Powered by three AAA batteries (that will probably be destroyed alongside the prank once it's discovered by the victim) you just hang this $US60 Peeping Tom face on the outside of a window and then set its moving finger to tap three times on the glass when activated by motion, or three taps every ten seconds.

A metal tip on the end of the faux peeper's finger ensures the tapping can always be heard, but the sound should still be faint enough for your victim to have a hard time finding where it's coming from. But when they do, hopefully you'll have had enough time to move to another neighbourhood before facing they have a chance to retaliate. [ThinkGeek]