Self-Rolling Dice Are One Less Physical Burden In Your Life 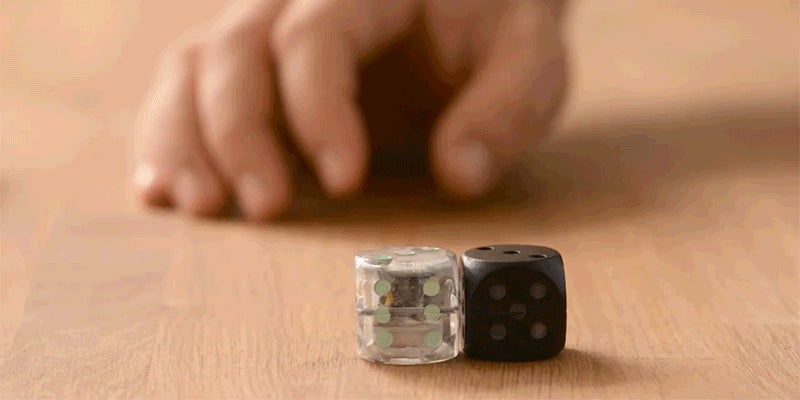 If you're having a hard time getting your tablet-addicted kids to gather around the table for a nice family game of Monopoly, a new Kickstarter for a pair of motorised dice that magically roll themselves might help tear them away from their touchscreens.

Boogie Dice, invented by Nimrod Back, are only slightly larger than the dice you usually roll across a game board. But packed inside each cube are a plethora of tiny electronic bits including a vibration motor, coloured LEDs, a battery, and even a microphone. When they're all working together a simple snap of your fingers, or a clap of your hands, brings the dice to life sending them flipping and tumbling across a table all by themselves.

For anyone who thinks just tapping a touchscreen is strenuous labour, these should finally make it easier to play dice-dependent games without having to reach for a Gatorade after every few rolls.

It's also important to note that the creators of the Boogie Dice have worked hard to ensure that even though the dice are filled with electronics, they are still perfectly balanced for truly random rolls and results. You'll probably never find them in use at a casino, but they should work just fine for your next round of Settlers of Catan without summoning the thief every other turn. 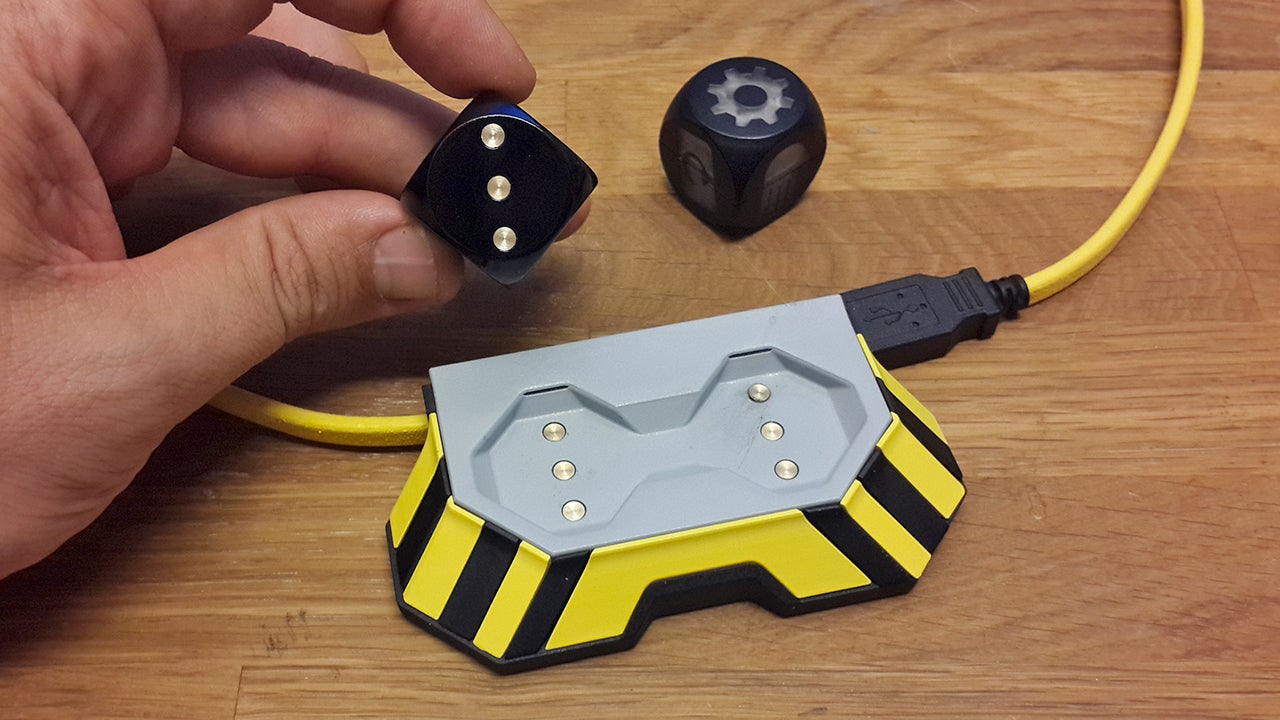 Your first reaction to the Boogie Dice is probably "wow, automatic dice, how lazy of a society have we become?" followed by "you mean I have to add dice to the myriad of gadgets I need to charge ever night?" And your indignation would be partly justified. But in addition to developing the hardware, the folks behind the Boogie Dice have been creating custom games that use the self-rolling dice in new and unique ways, not just for generating random numbers.

The dice also wirelessly connect to a free accompanying smartphone app letting players adjust parameters such as how long they roll for, what colours the LEDs flash, and how sensitive they are to sound. You don't want them to start rolling while you loudly taunt someone who just landed on your Boardwalk hotel. The one thing they can't be programmed to do, though, is always land on a specific number. So would-be cheaters will want to move along.

Through a Kickstarter campaign that's attempting to raise $US50,000, the creators of the Boogie Dice are hoping to finalise the design and engineering of all the tiny electronics inside, and ready the die for production.

To claim a set of Boogie Dice for yourself (delivered next March if there are no speed bumps on the road to production) you'll need to pledge at least $US22 to its crowdfunding campaign. But for an extra $US20 you can also pre-order a copy of Bots Battleground, the first custom-designed game that promises to use the Boogie Dice for more than just rolling random numbers.