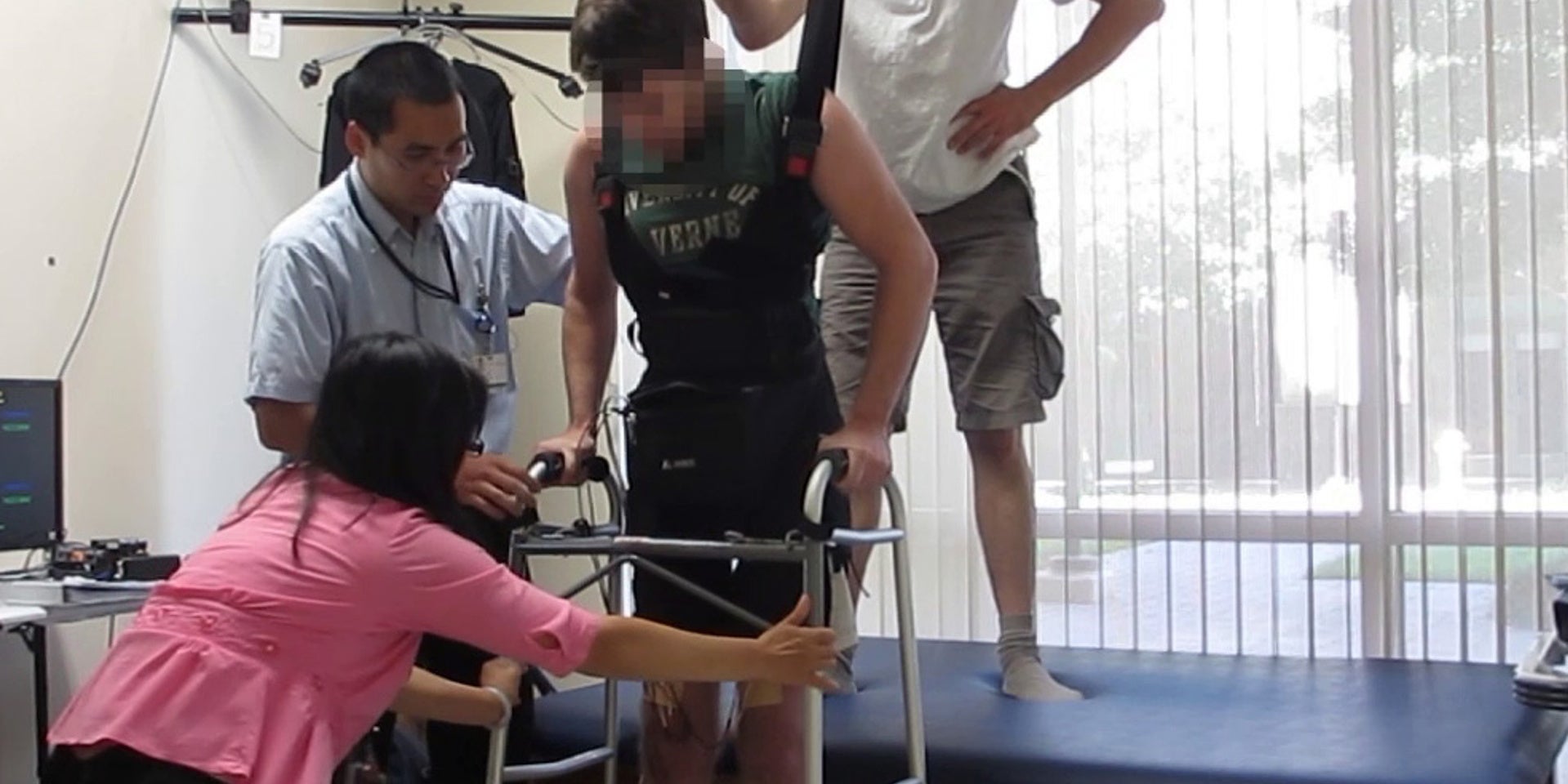 A team of scientists has successfully re-routed the signals from a paraplegic man's brain to his knees, allowing him to walk using his own legs for the first time in five years.

The Guardian reports that researchers from the University of California at Irvine have developed a system that captures brain waves using an electroencephalogram (EEG) electrode cap, sending them wirelessly to a computer. There, a series of algorithms process the data to work out if the wearer wishes to stand still or walk, before beaming commands to micro-controllers which sends impulses to nerves that then move muscles in the legs.

The system has been tested on a 26-year-old man who has been wheelchair-bound since an accident left him paralysed from the waist down five years ago when his spinal cord was severed. He underwent 20 weeks of training during the build-up to the experiments, improving muscle tone in his legs as well as learning how to create the right brain signals to reliably trigger the device.

But it worked: using a walking frame and harness to stop himself from falling over, the man was able to use his own legs to walk a 3.5-meter course. The experiment demonstrates that it's possible to take brain signals and re-route them around an area of damage using just electronics. The research is published today in the Journal of NeuroEngineering and Rehabilitation.

The researchers do point out, though, that they have only tested the technique in one patient and that many more trials will be required in order to assess whether it can be used successfully by a wider number of people. While the patient managed to walk the 3.5-meter course, the computer occasionally faltered: the researchers claim that the brain signals required to aid balance can become confused with those which stimulate the walking motion.

And if it's to be used to help people walk freely, then the team must also overcome the fact that an external computer is currently required. But the researchers write in their reports that "the cumbersome nature of the current noninvasive system... can potentially be addressed by a fully implantable brain-computer interface system, which can be envisioned to employ invasively recorded neural signals."

We're still some way off restoring full walking abilities to the paraplegic, then — but today, researchers just took a step closer to making it happen.

[Journal of NeuroEngineering and Rehabilitation via Guardian]