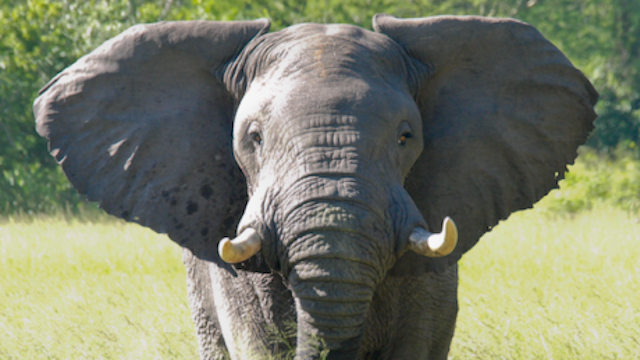 Everyone wants to help the environment, but all of that actually doing stuff takes a lot of effort, right? Then good news as a new project has launched which will let ordinary people, with no scientific background, contribute to a scientific mission to track the recovery of the Gorongosa National Park in Mozambique.

The park has had a troubled recent history as it has endured two major wars (one for independence, then a civil war). Apart from the obvious human cost, the wars also damaged the large animal populations in the park, and harmed biodiversity. But excellently, it seems that the park is starting to recover and the numbers of lions, elephants, antelope and others are hopefully increasing.

The researchers have partnered with "citizen science" platform Zooniverse to launch the WildCam Gorongosa project, which aims to crowdsource analysis of thousands of photos, so that data which can't easily be processed by computers can be analysed much more quickly than if the scientists were such repetitive tasks themselves.

The way it works is pretty simple: You head over to the WildCam Gorongosa website and you'll get shown images taken by one of the cameras in the park and all you need to do is click and flag up any animals that appear in the photo. You don't have to be an expert as there's a panel to the right which will help you narrow down exactly what sort of animal you're looking at. Even if you're not 100% sure or get it wrong it doesn't matter - because the idea is that thousands of people will help analyse the same data there can be built-in error correction by showing the same images to multiple times to different contributors.

And if you're feeling competitive, you can even create a user account and track your animal-spotting stats.

This isn't the first project of its kind - Zooniverse, the platform it is built on, has been used for a number of similar crowd-sourced projects. It started life five years ago with Galaxy Zoo, which took thousands of images from the Hubble Space Telescope with the aim of classifying the different types of galaxies into spiral, disc-shaped and so on. Since, other projects have included analysing scans of handwritten ship log books and tracking penguins.

If you're already a fan of Snapshot Serengeti and/or Chimp & See, you'll definitely want to check this one out, as we explore trail-camera photos from the Gorongosa National Park in Mozambique, and discover the wealth of wildlife within.

If you head over to the WildCam Gorongosa website you can get started helping to save the world, one lion at a time.