Netflix Built A Button That Delivers Netflix And Chill

'The Switch', as it has been dubbed by Netflix's talented PR department, is a pretty simple piece of DIY design. It's a single button in a box, connected to a Particle Core, a basic computer that does a couple things when you press the button: it dims the lights, turns on your TV, fires up Netflix, and even orders you pizza. 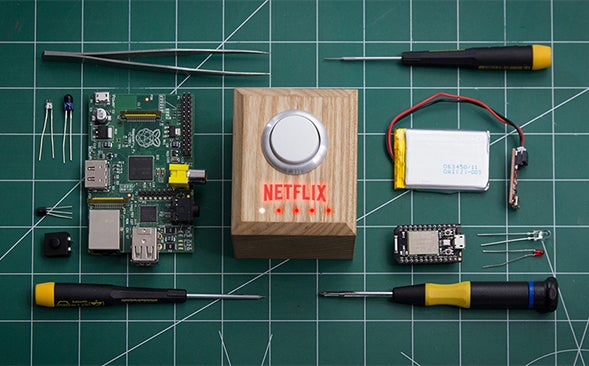 All the plans are available on the internet, along with Netflix's step-by-step guide to making your own. Of course, you don't have to restrict yourself to making a Netflix and chill button; thanks to the wonders of the free market and the maker movement, you're equally at liberty to make an Amazon Instant Video™ and chill button.