Humans Have Killed Off One Less Species Than Originally Thought 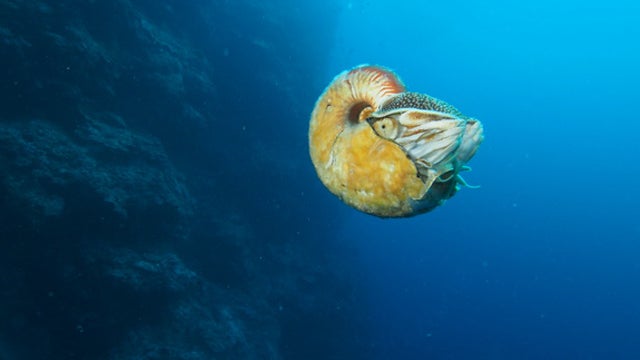 As a species, humans are pretty awful for the rest of the things living on this planet. But as it turns out you can take one less creature off the extinction list: Allonautilus scrobiculatus isn't all gone, just quite hard to find.

Lovingly known as the 'fuzzy nautilus' by the scientist who discovered it, Peter Ward, it lives near reefs, on a small island off Papua New Guinea. Ward discovered the species in 1984. Nautili are some of the oldest animals still alive today, but their colourful shells make them attractive to hunters, who kill them to sell as souvenirs.

Since the original discovery, no-one had laid eyes on Allonautilus scrobiculatus, causing concern that the species had been over-fished to extinction. But on a series of trips back to the area, Ward and his team used high-speed underwater cameras, running day and night, to capture a glimpse of the fuzzy, slimy creatures.

Later, they managed to capture specimens and bring them to the surface for photographing and sampling — before returning them to the colder waters down below. The team also attached tracking devices, which let them monitor their movements, and build up a better picture of the nautili's behaviour and habits.

Ward's full write-up — along with beautiful photos — is over on National Geographic.