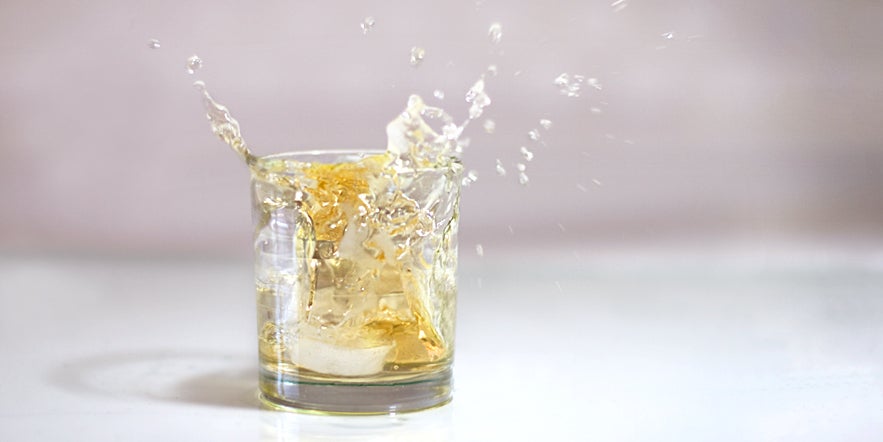 Back in 2011, Ardbeg Distillery, of Islay in Scotland, sent a sample of unmatured malt whiskey into space aboard the International Space Station. Now, the samples have been tested — and here's how it tastes.

Samples of the distillery's whiskey were aged aboard the space station: sealed in something called MixStix, astronauts were able to release the whiskey into the presence of the wood used to age the liquor at a predetermined moment in time. Meanwhile, a control sample also sat quietly in Scotland, ageing the way the spirit usually does.

The samples came back from space last year, but a series of scientific tests — including gas chromatography and high-pressure liquid chromatography as well as the more conventional taste testing — mean that the results have only just been published.

You can read the full report from Ardberg, including plenty of technical results. But crucially, its report also contains tasting notes which compare the whiskey aged aboard the International Space Station to that which sat on Earth. Here you go:

Earth sample: "The sample had a woody aroma, reminiscent of an aged Ardbeg style, with hints of cedar, sweet smoke and aged balsamic vinegar, as well as raisins, treacle toffee, vanilla and burnt oranges.   "On the palate, its woody, balsamic flavours shone through, along with a distant fruitiness, some charcoal and antiseptic notes, leading to a long, lingering aftertaste, with flavours of gentle smoke, tar and creamy fudge."   Space sample: "Its intense aroma had hints of antiseptic smoke, rubber and smoked fish, along with a curious, perfumed note, like violet or cassis, and powerful woody tones, leading to a meaty aroma.   "The taste was very focused, with smoked fruits such as prunes, raisins, sugared plums and cherries, earthy peat smoke, peppermint, aniseed, cinnamon and smoked bacon or hickory-smoked ham. The aftertaste is intense and long, with hints of wood, antiseptic lozenges and rubbery smoke."

In fact, Ardbeg concludes that the two whiskeys have "a dramatically different flavour profile, which will give rise to the potential development of new flavours." They add that that the "difference in flavour between the ISS and control samples is so marked, that further analysis will be carried out to elucidate the creation of the different flavours."

In practical terms it's unlikely that whiskey will be aged in space any time soon as the costs would be astronomical. But maybe one day, when we colonize Mars, we can look forward to new and interesting tastes in our liquor. We might even have an appropriate glass to drink it from, too.

[Ardbeg via BBC via Popular Science]