Australia’s 4G Is So, So Much Better Than The US

We’re always being told the U.S. is now lagging behind other, more industrious nations in science and technology and basically anything that isn’t spending on the military. How much is it lagging, though? Here is a depressing graph to help quantify that.

According to a new report from Open Signal, the U.S. is now in 58th place worldwide for LTE speeds. Using an average of different carriers and locations, Open Signal determined that New Zealand is top, with 36Mbps average; Singapore is second with 33Mbps. Both of those are broadband-quality speeds; the US, less so: our average is 10Mbps. 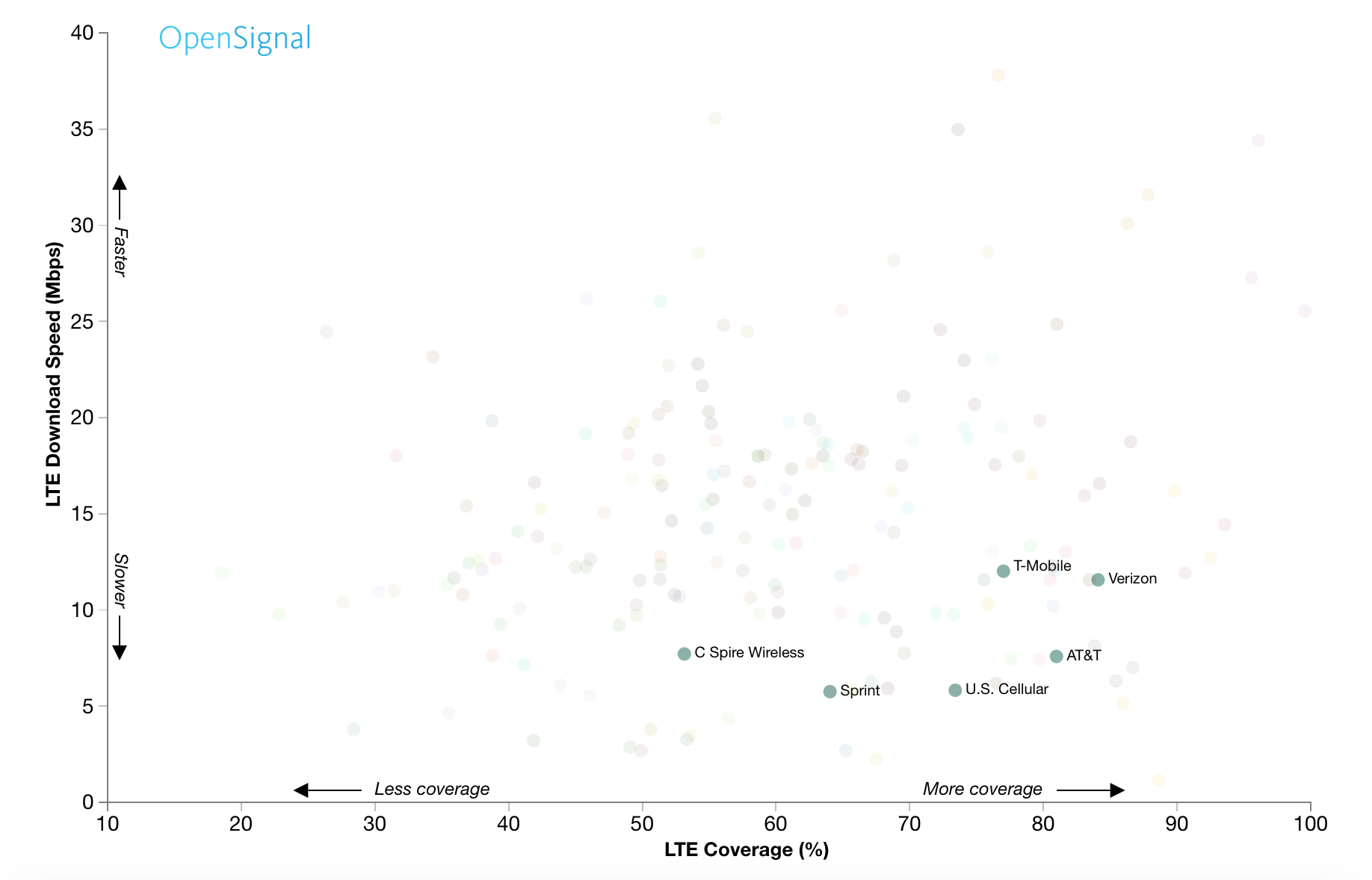 Things are a little better when you consider LTE coverage: the US is tenth in that ranking, with the carriers bathing somewhere between 85% and 65% of the population in that sweet, sweet LTE.

Still, that graph doesn’t make for pretty viewing: all the dots you can see faded out, higher up the graph are carriers with faster LTE speeds. There’s only a couple below the US: we’re in company with the likes of Iran, Pakistan, and Saudi Arabia. Ouch.

AU Editor’s Note: Like Australia! Our three biggest mobile telcos get average speeds of around 20-25Mbps, putting us into strong contention with the rest of the world and with generally good LTE coverage. Here we are: