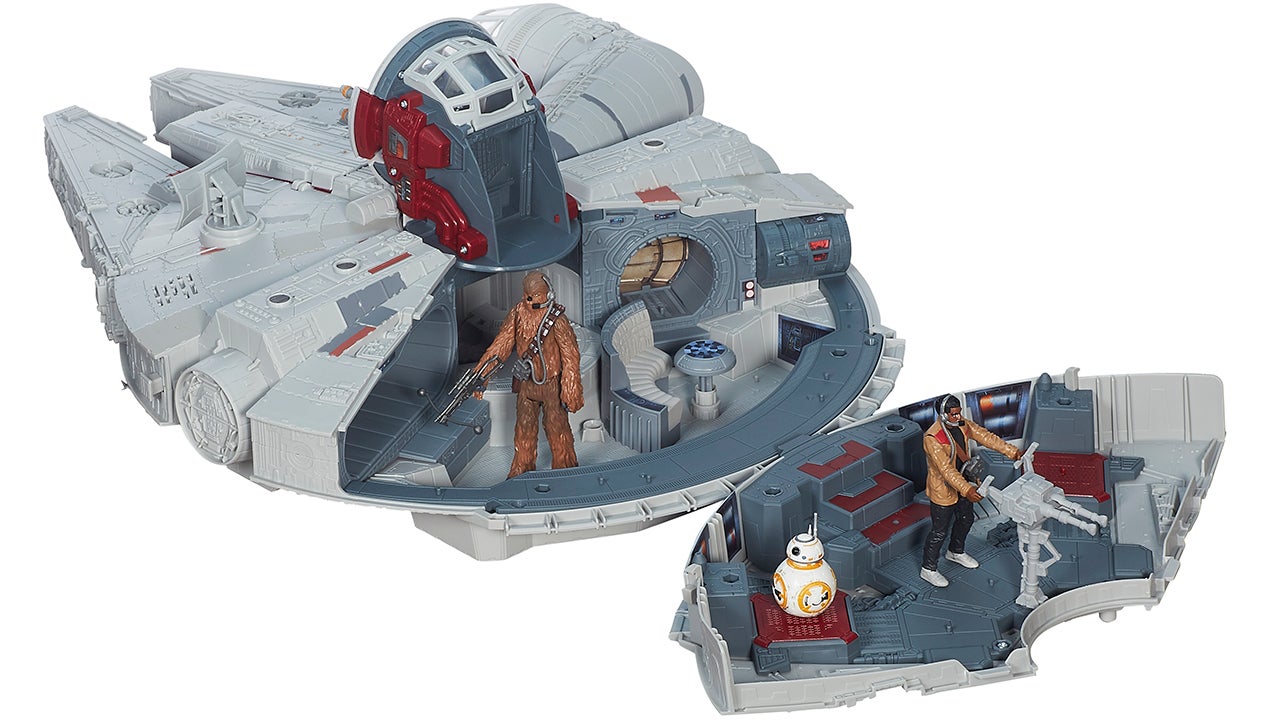 A Star Wars film without the Millennium Falcon just isn't a Star Wars film. That's why those prequels felt so weird, and why The Force Awakens made sure to include that bucket of space bolts. The same applies to Star Wars toy lines, so here's Hasbro's latest take on Solo's ship.

Designed for kids aged four and up, the Battle Action Millennium Falcon ($US120) features light-up cannons, a pop-up turret and a secret blaster up front that fires Nerf Elite darts when deployed. The back also opens to reveal a playset, complete with holochess board, that can accommodate the new line of 3.75-inch figures like Chewbacca and BB-8 who are included with the Falcon. 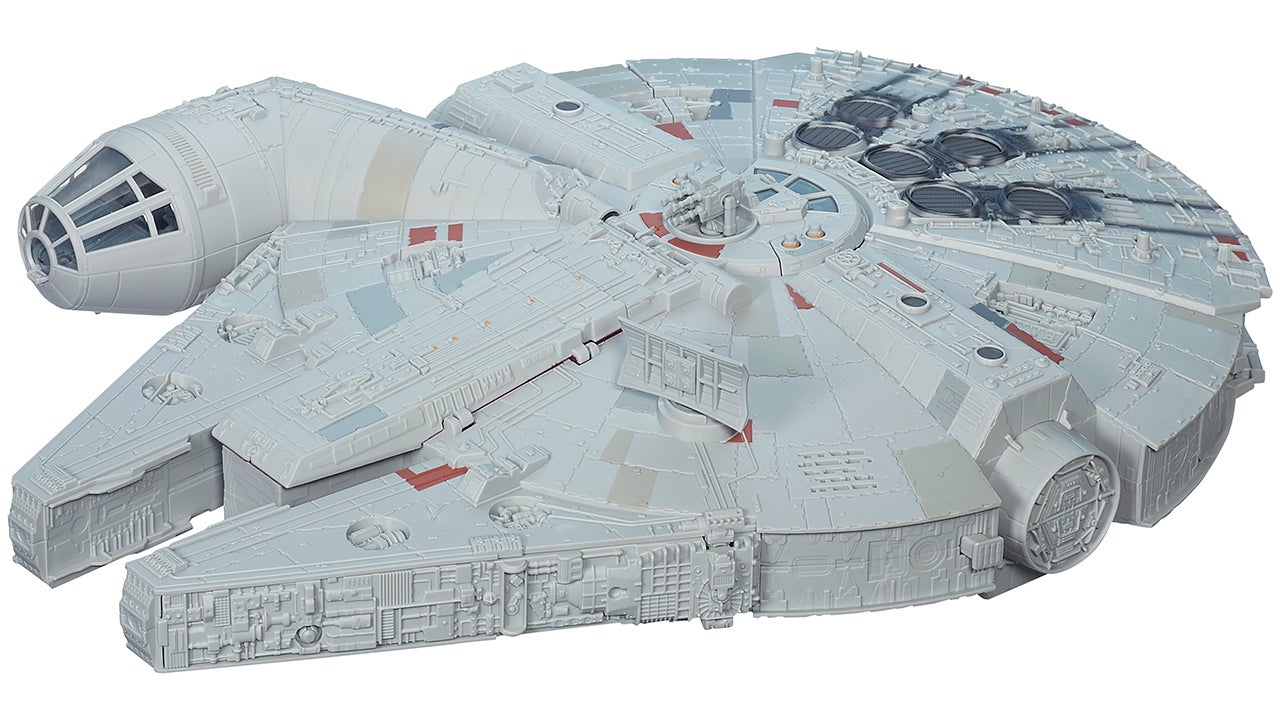