A Nixie-Powered Wall Clock Is The Ultimate Hipster Timepiece 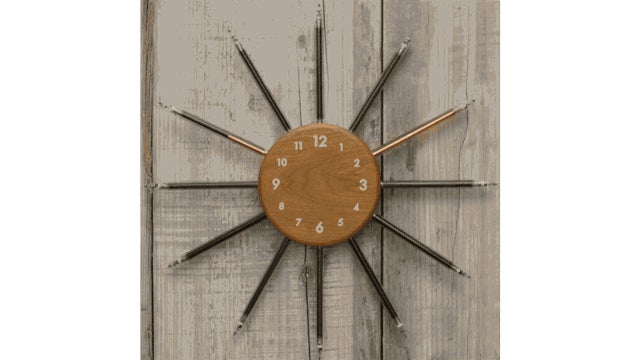 Before dot-matrix displays took over the known world, Nixie tubes — glass lightbulbs containing light-up tubes for the digits 0-9 — were the best way of displaying changing numbers. One designer had the bright idea of taking the Nixie tube technology (and bulbs), and building a surprisingly beautiful analogue clock.

Whereas original Nixie clocks were all digital, the Nixie Radian flips that idea on its head, using long, thin Nixie tubes as the arms of a clock. Depending on the current flowing through each arm, it lights up further, to show the hour, minute, or second. 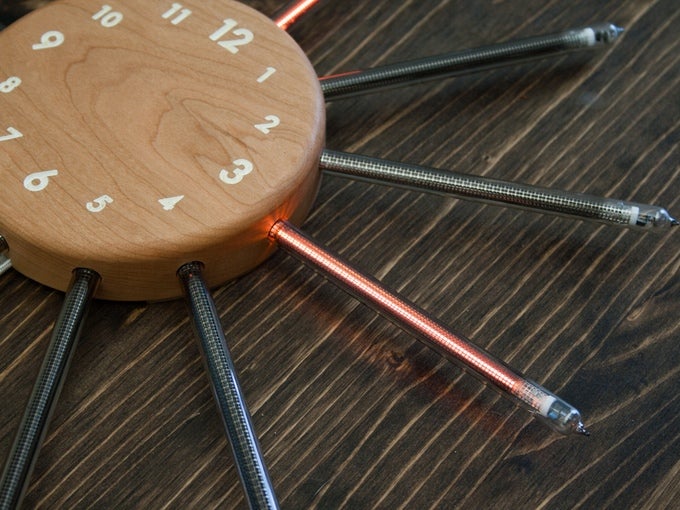 The body of the clock is made of cherry wood, with the numbers engraved and hand-painted in black and white. Power comes from a wall socket, with a backup battery in case the power goes out. It's currently Kickstarting for a steep price: $US345, although that's less than the $US500 it will cost at retail.

That's a whole bunch of money to sink into a Kickstarter without a firm promise of a shipped product, but the company behind it is at least reputable: Tungsten Customs has successfully shipped a bunch of Nixie tube (and other) clocks without scamming anyone's money, so this is about as safe as you can get in the crowdfunding world.