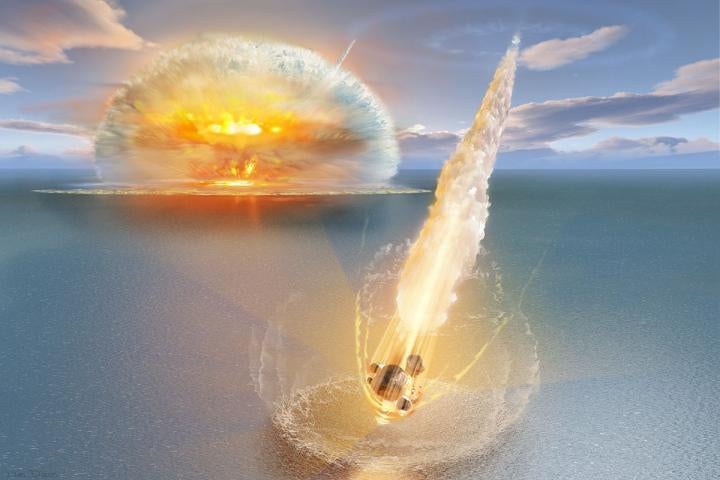 In the Swedish county of Jämtland, two large craters mark the site of a rare event: a double meteorite impact. The larger crater of the pair, a few miles south of the city of Östersund, is about 4.7 miles wide. A few miles away lies a smaller crater, nearly half a mile wide. The two craters are the first proven site of a double impact that researchers have identified so far.

The impacts were part of a rain of meteorites that battered Earth during that period: the shrapnel of a collision out in the asteroid belt 10 million years earlier. "Around 470 million years ago, two large asteroids collided in the asteroid belt between Mars and Jupiter, and many fragments were thrown off in new orbits. Many of these crashed on Earth, such as these two in Jämtland," explained geologist Erik Sturkell in a statement.

Jämtland is on dry land today, but 458 million years ago, it lay beneath 1600 feet of ocean. When two large meteorites plummeted through Earth's atmosphere and into the ocean that is now Jämtland, their impact forced the ocean outward in a huge wave and dug a pair of huge craters in the sea floor.

For about a minute and a half, the two new craters were dry. Then, says Sturkell, "The water rushed back in, bringing with it fragments from the meteorites mixed with material that had been ejected during the explosion and with the gigantic wave that tore away parts of the sea bed."