A Beautiful Composite Image Of The ISS Crossing The Sun 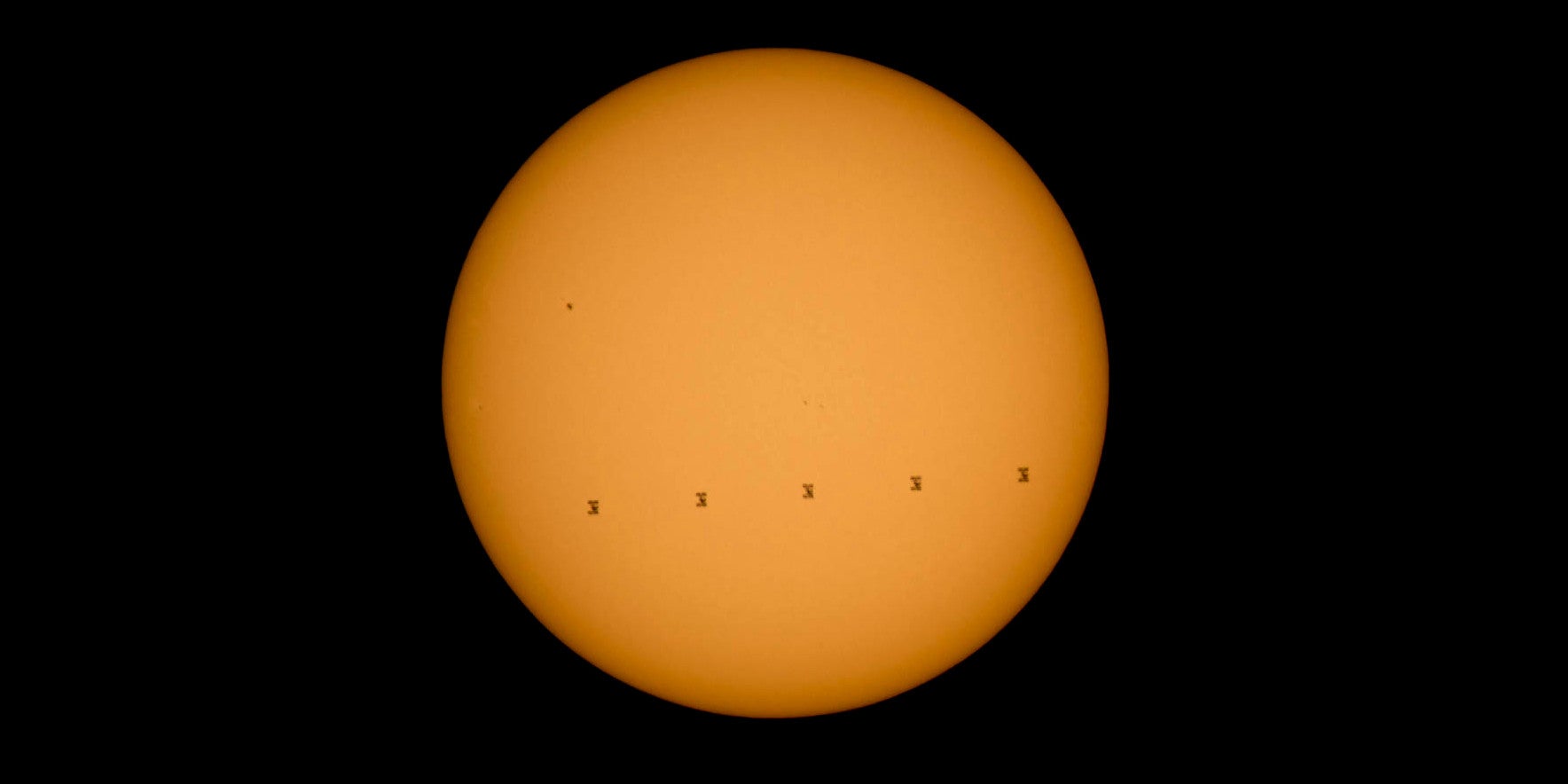 What happens when the International Space Station flies past the Sun? Nothing as bad as the fate that befell Icarus, fortunately — just a nice image, instead.

In this picture, you can see how the silhouette of the ISS as it passed across the face of Sun on Sunday September 6th. Moving at about 8 kilometres per second, the image actually shows five frames that were captured during the transit, stitched together as a composite.

It's not the first image we've seen of the space station passing by the Sun (or the moon, either) but the composite does a nice job of putting the scale of the objects into perspective. Dwarfed by the size of the sun, it's hard to imagine that the funny-shaped little craft actually serves as home to nine astronauts right now.