Venomous Frogs Use Deadly Face Spines To Slay Their Enemies 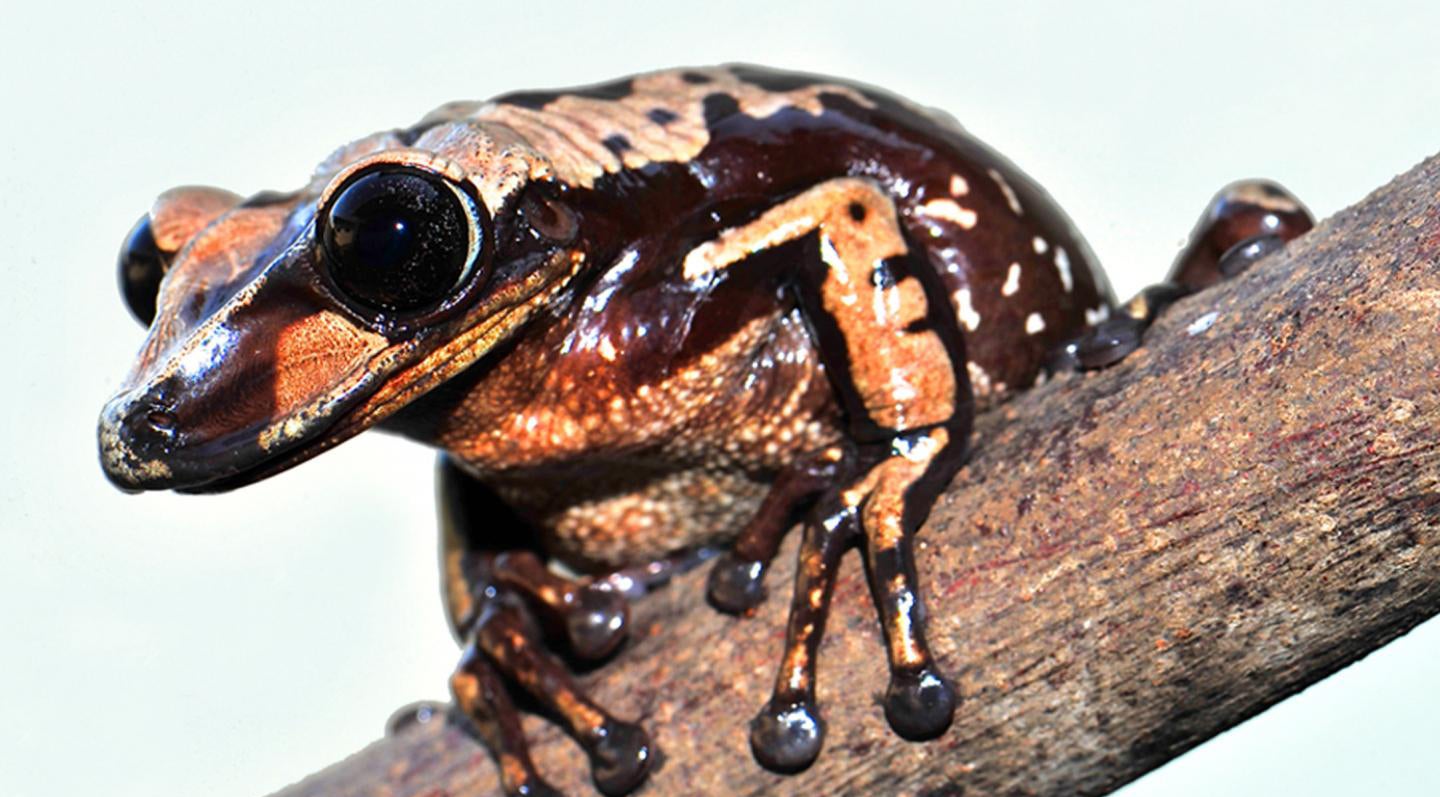 It's common sense that you shouldn't try to eat a poison dart frog. But you probably don't want to go anywhere near one of these adorable little suckers, which use the tiny, bony spines on their faces to jab threatening animals with a venom more potent than that of a deadly pit viper.

Meet Aparasphenodon brunoi (above) and Corythomantis greeningi (below), two Brazilian forest frogs that will mess you up good if you try to handle them, as one biologist recently learned the hard way. We've known about the frogs for decades, perhaps even centuries, but a study published today in the journal Current Biology confirms that these charming little monsters are the very first venomous frogs known to science. (Venomous animals inject toxins, while poisonous creatures simply secrete and/or produce them.) 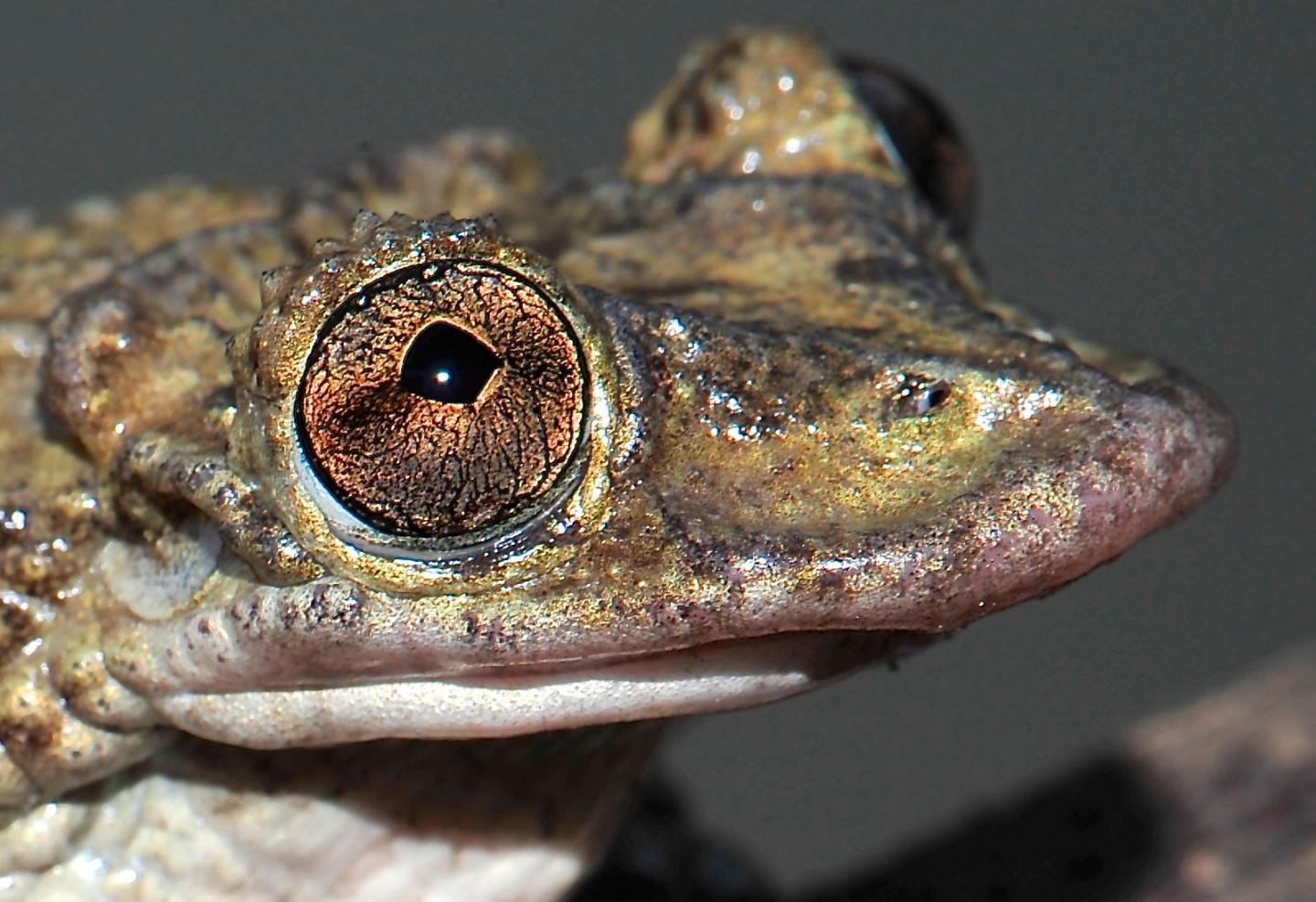 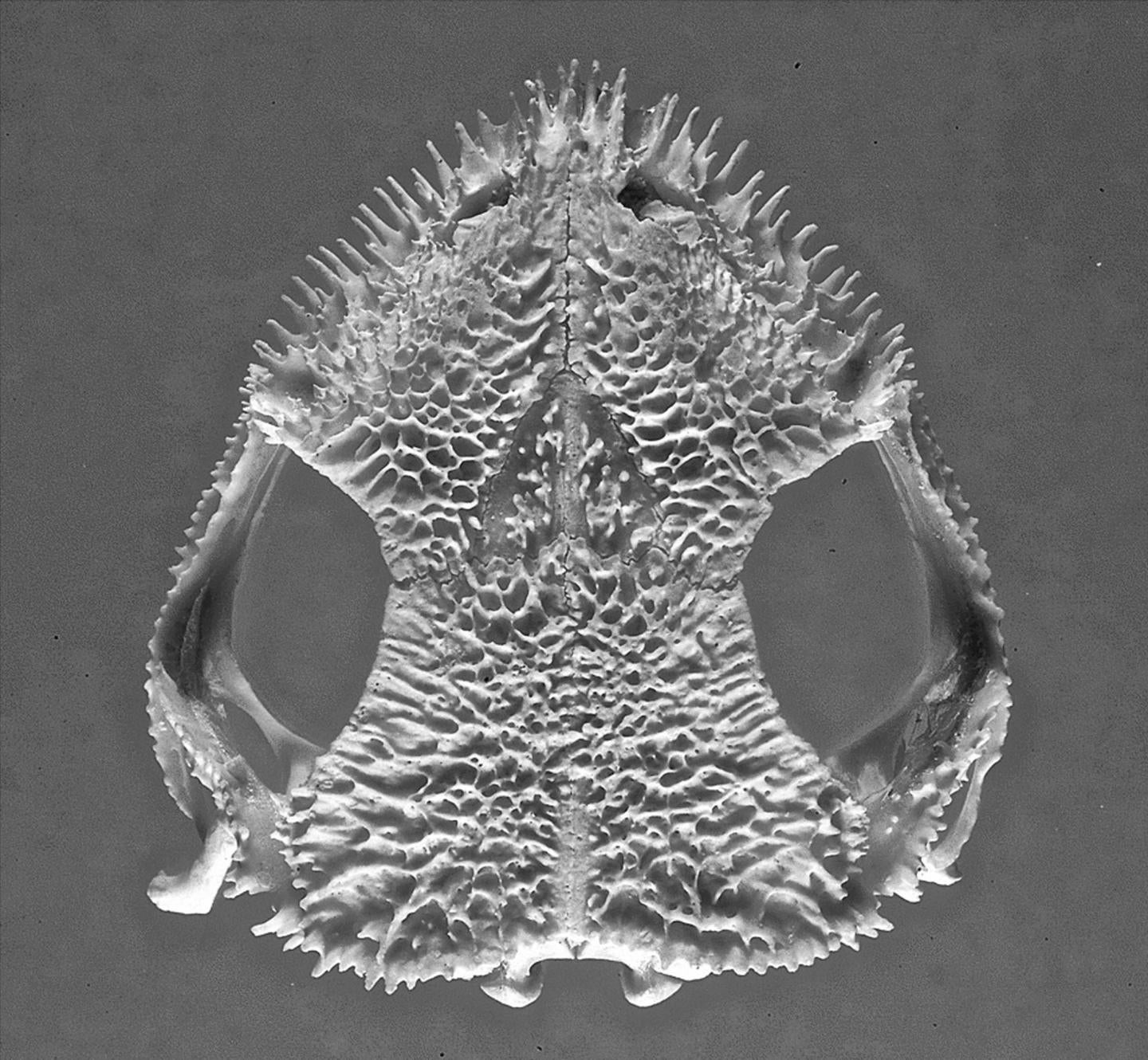 Biologist Edmund Brodie of Utah State University has been researching amphibian predator-prey relations for years. He was fascinated to learn that the poorly-studied species A. brunoi and C. greeningi have no natural predators. The reason became very obvious when he decided to collect a specimen of C. greeningi. The frog jabbed Brodie in the hand, causing an intense, radiating pain that lasted about five hours.

Lucky for Brodie, he picked up the less toxic of the two. According to the researchers' subsequent calculations, a single gram of venom from A. brunoi is enough to kill 300,000 mice or roughly 80 humans.

"It is unlikely that a frog of this species produces this much toxin, and only very small amounts would be transferred by the spines into a wound," Brodie said. "Regardless, we have been unwilling to test this by allowing a frog to jab us with its spines."

Yea, no kidding. Much as I want to learn more about these awesome biological weapons, it's probably wise to leave well enough alone and just appreciate (from afar) evolution's deadly creativity.