Uh Oh, MIT Developed A Way To Make Robotic Hands Way More Like Our Own

Robotic arms have been around for decades now — but even though we humans like to compare these machines to our own bodies, robotic arms and hands are very, very limited when it comes to dexterity. According to a pair of MIT engineers, the key to making robotic hands more like our own is teaching them how to improvise.

Say you're walking into the office, holding a coffee, a bag, your keys and your phone. The coffee starts to slip. You might naturally use a wall or table to steady the coffee, while your pinky might loop the keys. Then your thumb and forefinger use the tabletop to get a better grip on the coffee, and your other hand might use a nearby chair to adjust its grip on the bag and phone. As if by magic you don't drop anything.

You don't actually think about any of this; your hands naturally use the environment to better adapt to challenges. It's almost as if our hands have their own embedded intelligence — what MIT engineers call "intrinsic dexterity."

Robotic hands, obviously, don't have that natural dexterity — wry MIT nerds go a bit further, callings them "fairly ham-handed" — which means that they must be carefully programmed to carry out each task, since they can't adapt and improvise the way our own hands and arms can. Sure, there are more complex robotic hands and arms out there, but what if you could teach a simplistic robotic one to use its environment for tasks. An MIT mechanical engineering professor named Alberto Rodriguez and a graduate student Nikhil Chavan-Dafle are doing just that.

The duo are developing a method to teach simple robotic hands to recognise the environment around it, and exploit that environment to become more dexterous. Let's look at one of their examples from a new video about their work. In one example, the hand does something that seems unbelievably obvious to us, but is unbelievably complex for a robot: It uses a flat surface to roll an object to get a better grip on it. 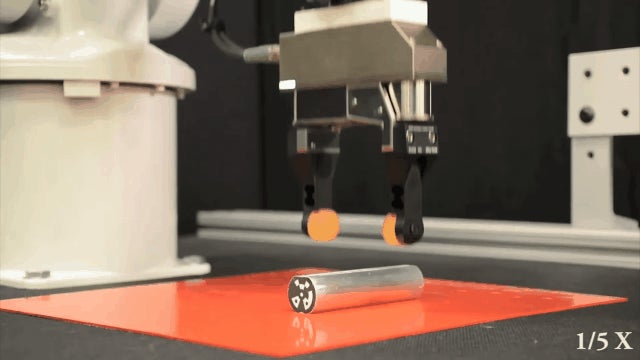 In another example, it uses a "wall" to steady the object and readjust its handle on it. 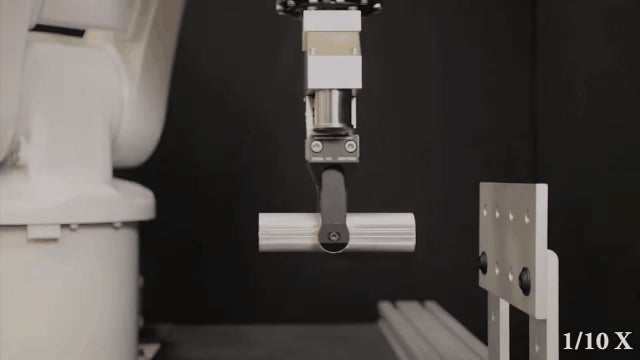 It might seem stupidly obvious to us, but robots, obviously, aren't the best improvisors. Rodriguez and Chavan-Dafle are trying to make them better at thinking holistically about tasks, utilising everything around them to carry out their work. That means teaching the machine to anticipate the pressure and force it will need to interact with the environment — no easy task.

"Exploiting the environment is, and will be, important for robots and the research community," says Rodriguez in an MIT story about their work. "Any applications where you have limitations in terms of payload or cost or complexity, areas like manufacturing, or surgery, or field operations, or even space exploration — whenever you have a gripper that is not dexterous like a human hand, this [method] gives you some of that dexterity."

It's an interesting, and thoroughly unsettling idea: Even simple robots can be taught to use the world around them to carry out tasks in far more complex ways than those for which they were designed.