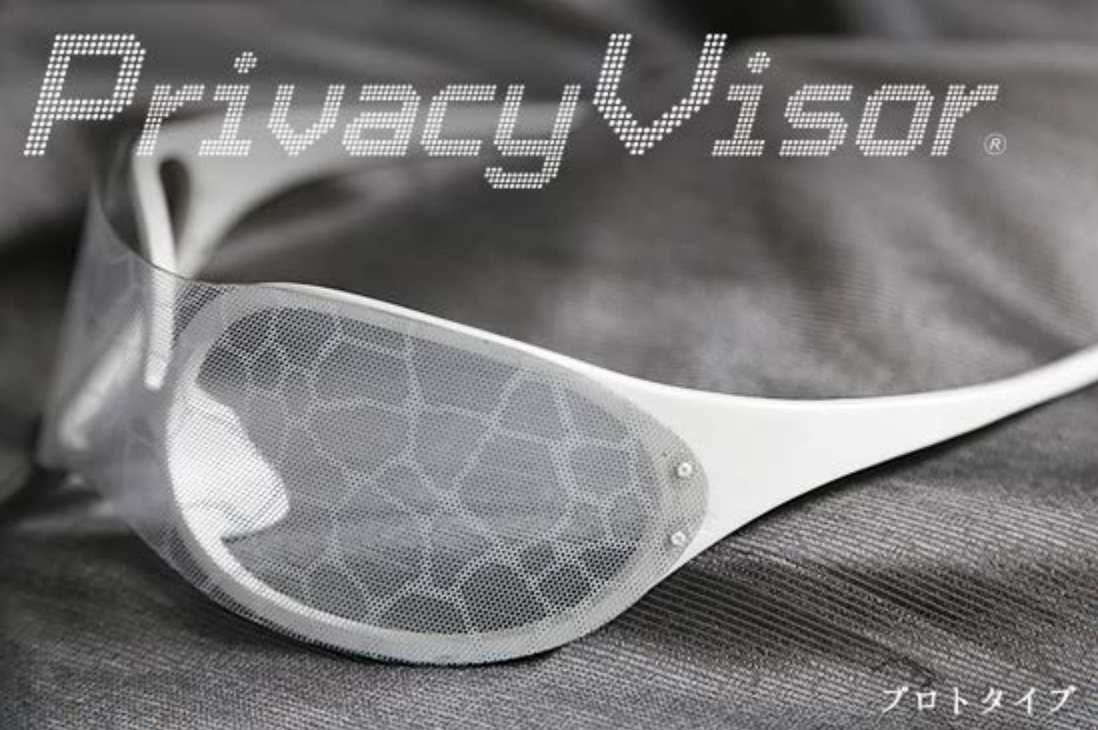 Facial recognition software is cropping up everywhere, so it was only a matter of time before anti facial recognition tech started to catch up. Naturally, Japan is leading the way. That's right: Japan's National Institute of Informatics is now developing 'privacy glasses' that make human faces unreadable to machines.

An earlier (and way amazingly dorkier) prototype of the privacy glasses used near infrared lights to fool cameras into not seeing a face:

The NII has since tweaked the technology a bit. The second-gen version uses a new, unspecified material, along with a patterned surface, to absorb and reflect light. Design-wise, the new titanium-framed privacy visor is also a lot slicker: Now, instead of looking like you just stepped out of Hackers, you'll blend right in with all the extreme sports enthusiasts. Way less suspicious.

The glasses tricked smartphone cameras in 90 per cent of tests with facial recognition software, The Wall Street Journal reports. If all goes well, they will hit the stores in Japan next June. For only $US240 USD, you too will soon be able to avoid surveillance in style.