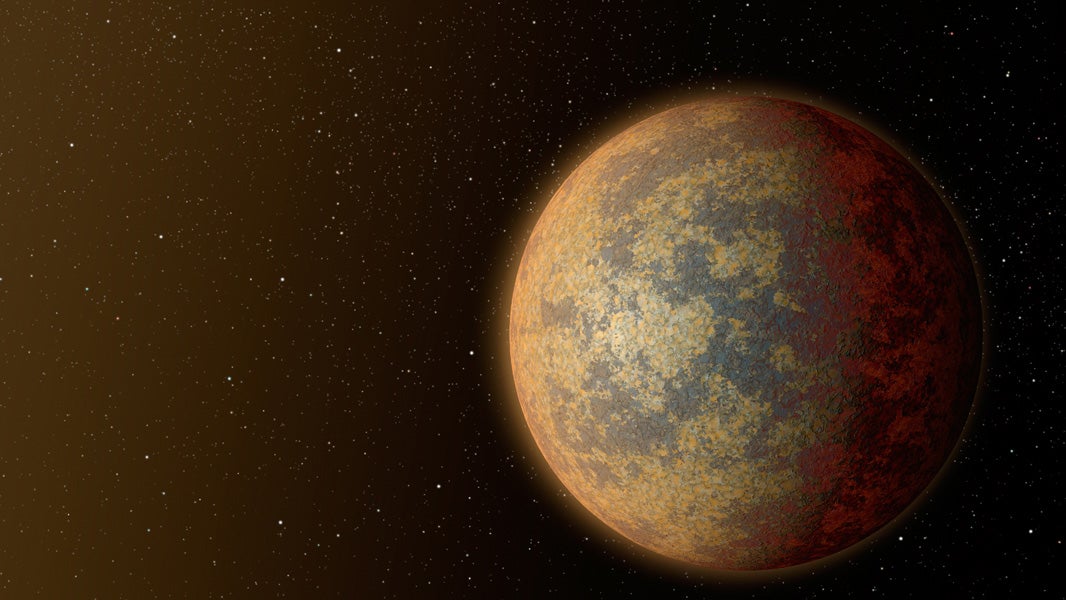 NASA has proven itself to be quite adept at finding planets lately, and this week is no exception: using the Spitzer Space Telescope, scientists at the Jet Propulsion Lab have found HD 219134b, a rocky exoplanet 'just' 21 light-years away.

An artist's concept of the possible appearance of HD 219134b. Picture: JPL/NASA

Unlike Kepler 452-b, the recently-discovered rocky exoplanet, HD 219134b orbits too close to its star for life to exist. But its discovery has excited scientists, because it transits in front of its star. By passing in front of the star, the planet causes a dimming in the light coming from the star, which is something that scientists can observe, measure, and make deductions from.

HD 219134b was first sighted by the HARPS-North instrument, by noticing the gravitational effect it exerts on its host star. That revealed the planet's mass and orbit; follow-up observations with Spitzer's infrared instrument revealed the planet's size, which combined with the mass, allows us to deduce the density — about six grams per cubic centimetre, which confirms it as a rocky planet like Earth.

Having an observable rocky planet so close to Earth (most are "hundreds of light-years away") is like "a kind of Rosetta Stone for the study of super-Earths", according to Michael Gillon, lead scientist for the Spitzer detection of the planet. Although Kepler has fed us information about the number and location of super-Earths in our galaxy, observing them in greater detail has been impossible, until now.