Swap Your Smartphone's Default Apps For These Excellent Alternatives

You could just stick with the native apps that came pre-installed on your smartphone — there's nothing wrong with them — but you'd be missing out on a wealth of excellent alternatives on both Android and iOS. We've collected the best second choices in all the key categories.

Mailbox is now owned by Dropbox and wants to make mobile email smarter: It cuts through the cruft to bring you the most important messages in the cleanest possible way. Some of the features it introduced (like swipe to snooze or archive) have since been shamelessly copied by other apps (we're looking at you Inbox). 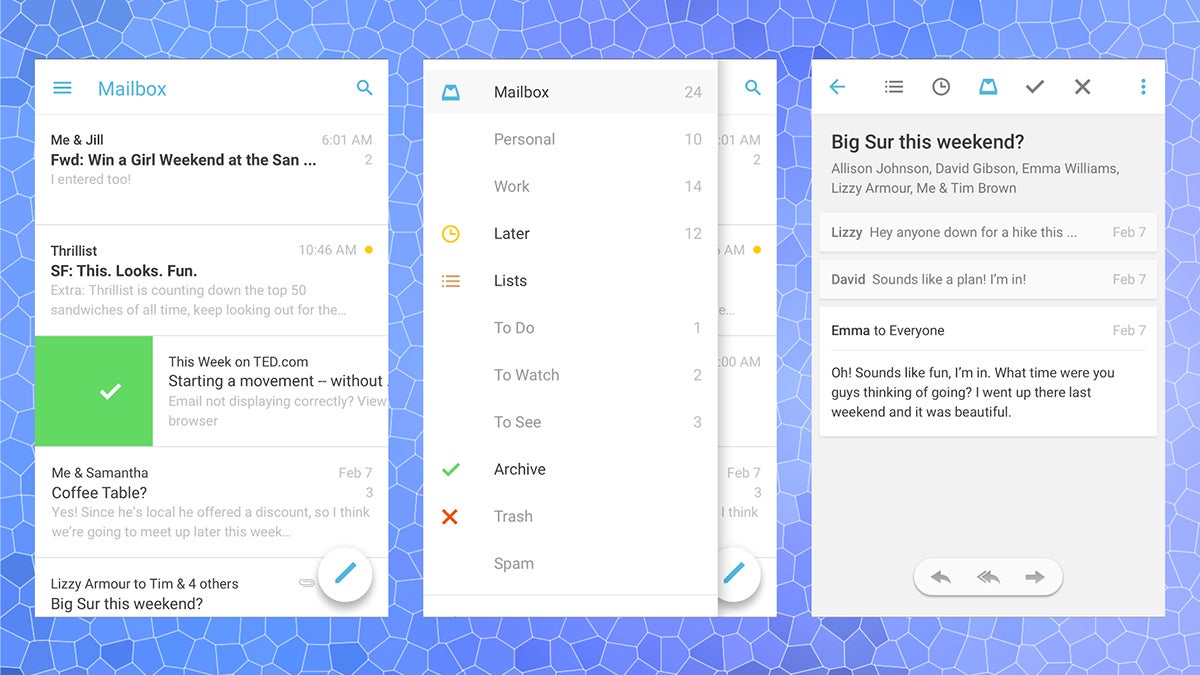 Even better, Mailbox is able to learn from your swipes to try and predict what you want to do with incoming mail in the future — getting to inbox zero has never been easier or as much fun. The app is currently compatible with Gmail and iCloud accounts. [Free on Android and iOS]

Annoyed by Apple? Given up on Google? Here Maps is one of the best apps to emerge from the bit of Nokia that Microsoft left behind, and it's so good that a group of car makers have just paid several million Euros for it. It includes all the features you'd expect including an impressive turn-by-turn mode. 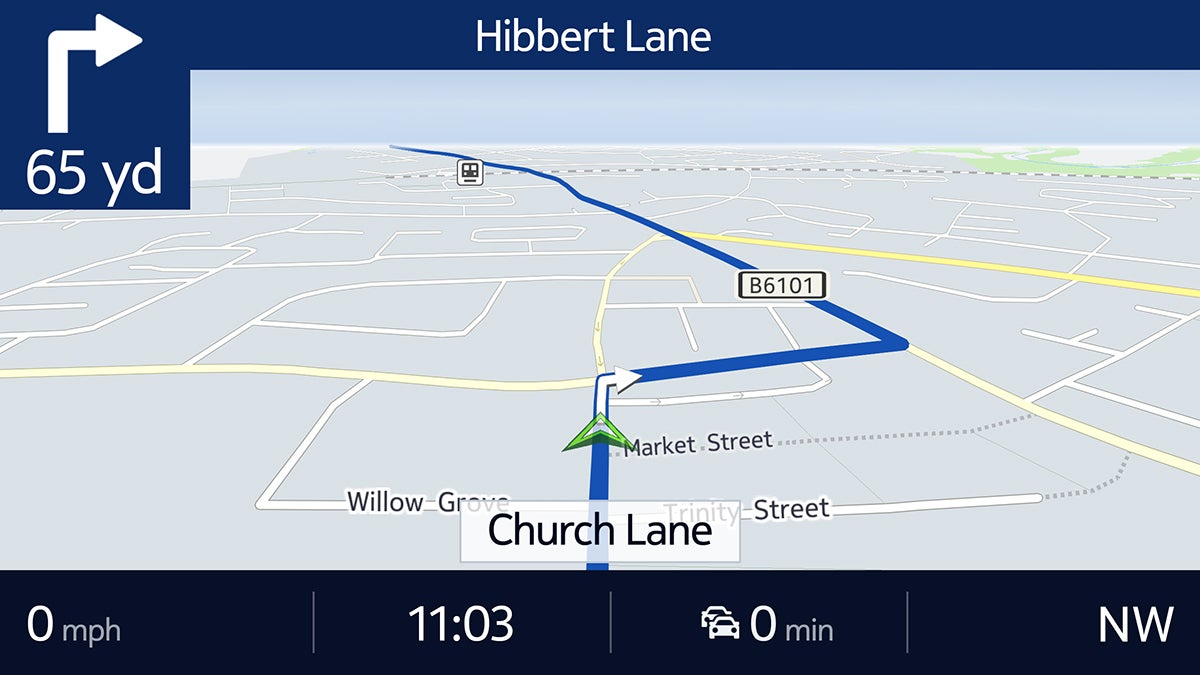 Of particular note is the offline mode that puts both Google Maps and Apple Maps to shame, and the easy management of bookmarked places that lets you save them into different categories. Glympse integration lets you tell people where you are with a tap, too. [Free on Android and iOS]

There are a host of alternative camera apps and the majority of them are very good indeed, but our pick for one that's available on both iOS and Android is Camera360 Ultimate. It's stacked to the brim with features, from the manual exposure and colour controls to the handy integrated editing tools for bringing your pictures to life. 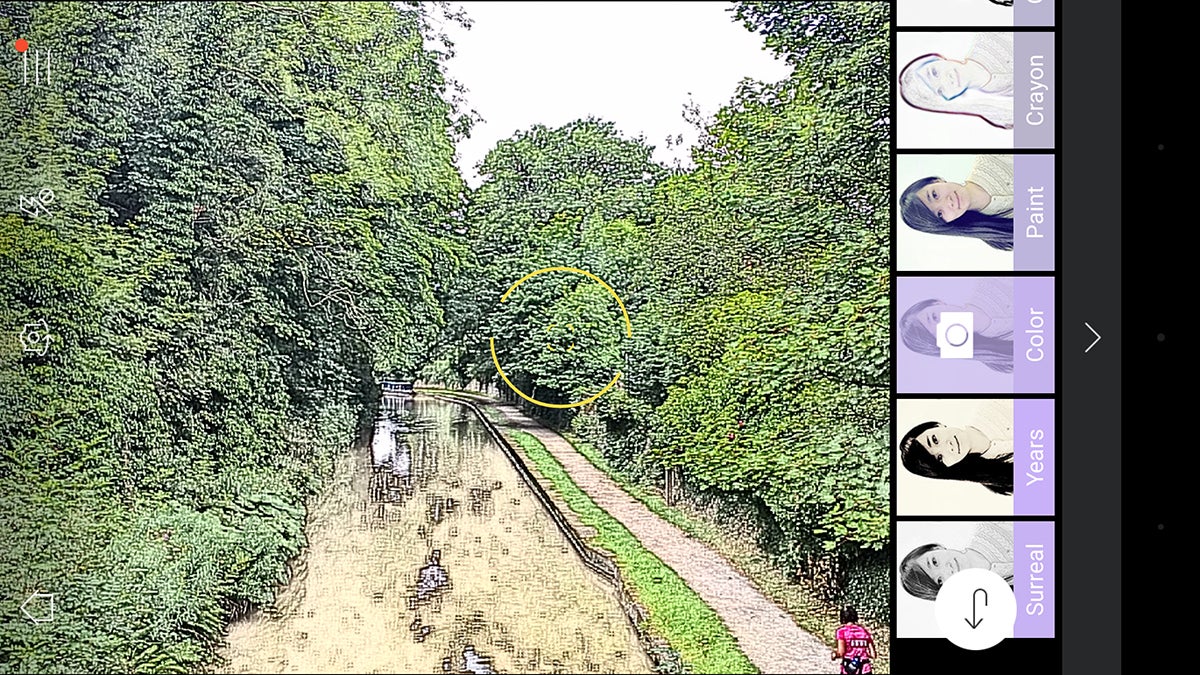 The app includes preset modes for tilt shift, colour shift, HDR and more, and when your snaps have been taken there are enough post-processing editing tools to keep all but the most professional photographers happy. [Free on Android and iOS]

An obvious choice for the music app, because it combines both the on-demand streaming subscription approach with limited support for your own MP3s as well (which you can import via the desktop player). It works across just about every platform you can think of, including the web and various bits of hi-fi equipment. 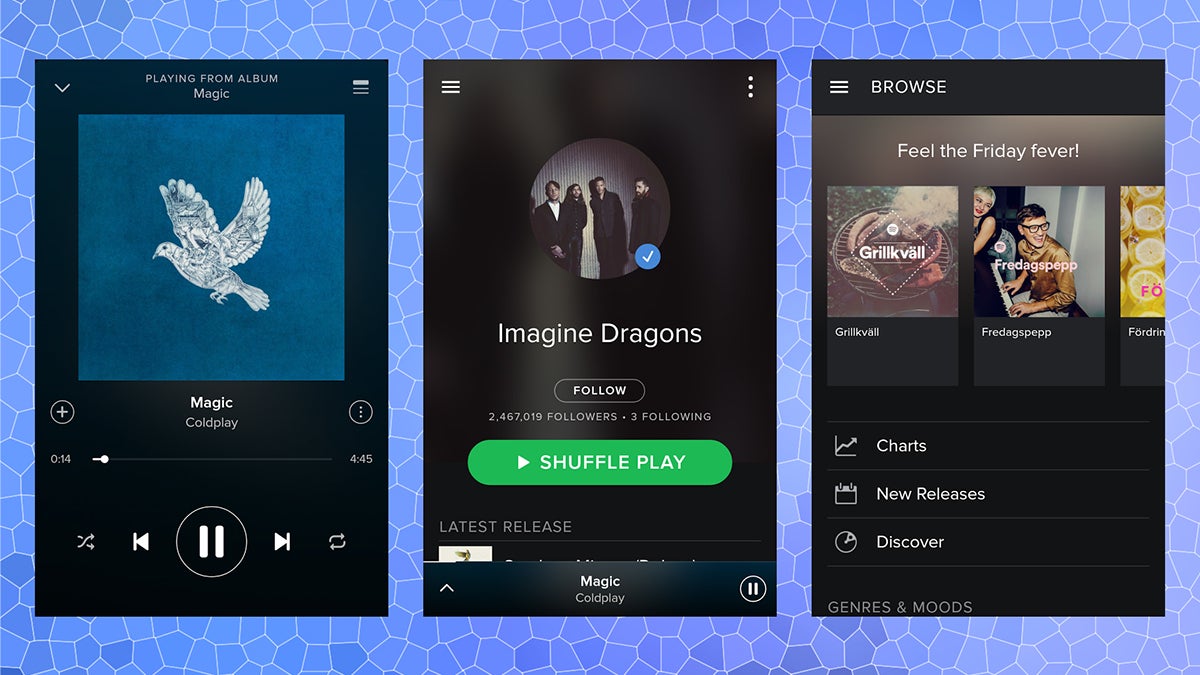 The offerings from Google, Apple, Microsoft, Rdio, Tidal, Deezer and various others certainly give Spotify some strong competition — and it's not perfect in every regard — but overall it's the player we keep coming back to. It can even sync your music to your running tempo, if you want. [Freemium on Android and iOS]

Robust and versatile on the desktop, the ever-impressive VLC is now available for your mobile devices too — there's even an Apple Watch extension if you need video on your wrist. It's able to cope with just about every format you can throw at it without the need to convert files first. 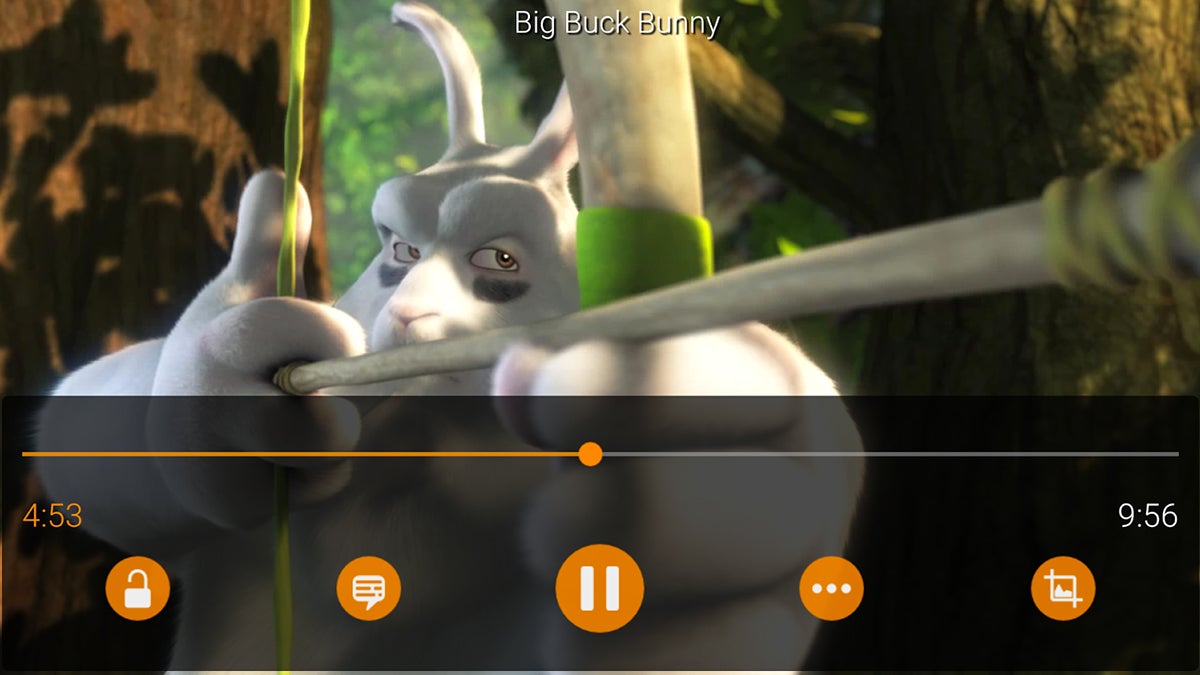 There aren't a lot of bells and whistles to VLC but its appeal lies in the way it focuses on its main job of playing content and just gets on with it. Music files are also supported if you want a break from using Spotify, and it syncs with all the major cloud storage providers too. [Free on Android and iOS]

We've already mentioned one Dropbox app in Mailbox, but the main one is worth highlighting too — it mastered photo uploads, cross-platform file syncing and cloud backups long before the likes of Google Drive, Apple iCloud and Microsoft OneDrive had got their various acts together. 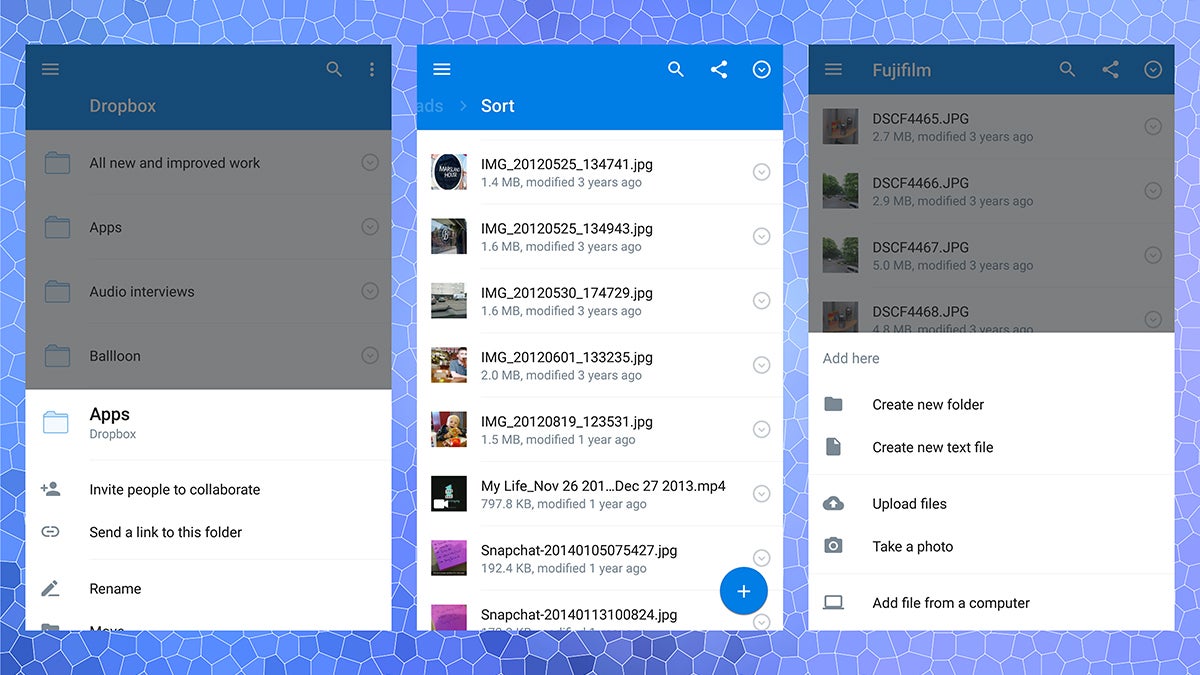 The biggest compliment you can give Dropbox is that it feels like a native app, it's that seamless. On the downside, you don't get much in the way of free space (just 2GB without referrals), but the 1TB pro package isn't all that expensive considering the functionality you get. [Free on Android and iOS]

Perhaps Sunrise doesn't count as an alternative since Microsoft bought it, but we'll give it the benefit of the doubt anyway — it's packed with useful tools and tricks for getting your diary in shape and it's not difficult to see why Microsoft wanted to add this app to its growing mobile software portfolio. 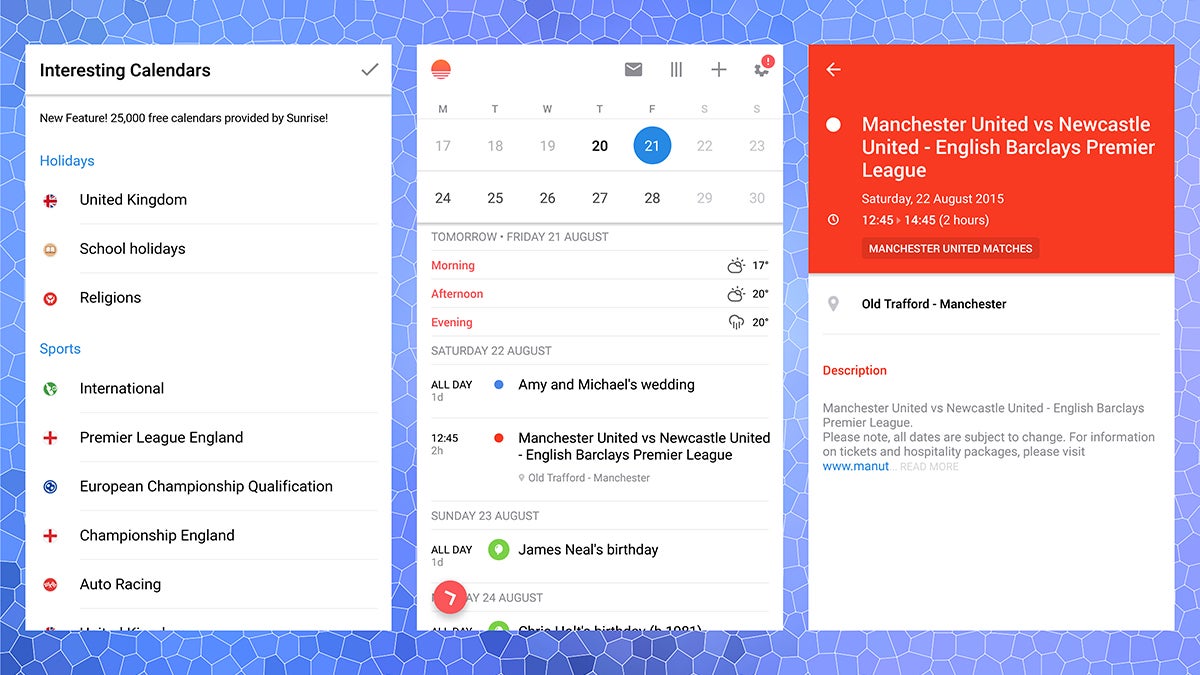 The at-a-glance views are all beautifully done, with some careful use of colour, and it integrates with a bunch of third-party services (like Facebook and Evernote). There's also Meet, a utility for finding free slots in your schedule for one-on-one meetings. [Free on Android and iOS]

Simpler Contacts has won a lot of fans with its straightforward and reliable approach to contacts management, and it's one of a surprisingly few number of apps that cover both Android and iOS. As the name suggests, its main selling point is its simplicity, though there are still plenty of features to explore. 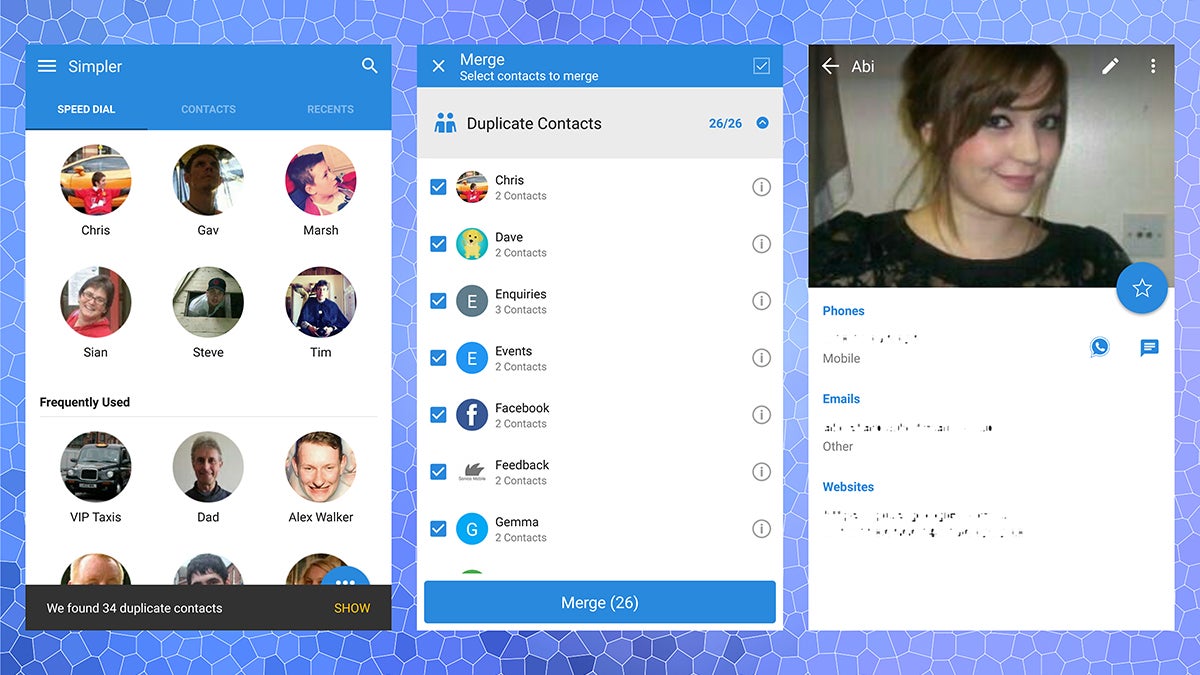 It can quickly spot duplicate contacts, for example, as well as backing up all the key data to the cloud for safe keeping. There are some advanced search and filtering options to play around with too, and support for emailing or texting a specific group of people at once. [Freemium on Android and iOS]

WhatsApp for messages and calls

Again it's debatable just how "alternative" WhatsApp is considering it's owned by the social media behemoth that is Facebook, but it's difficult to find any other app that's as good as this one at what it does. New features appear regularly: You can now switch to the web from both iOS and Android devices, for example. 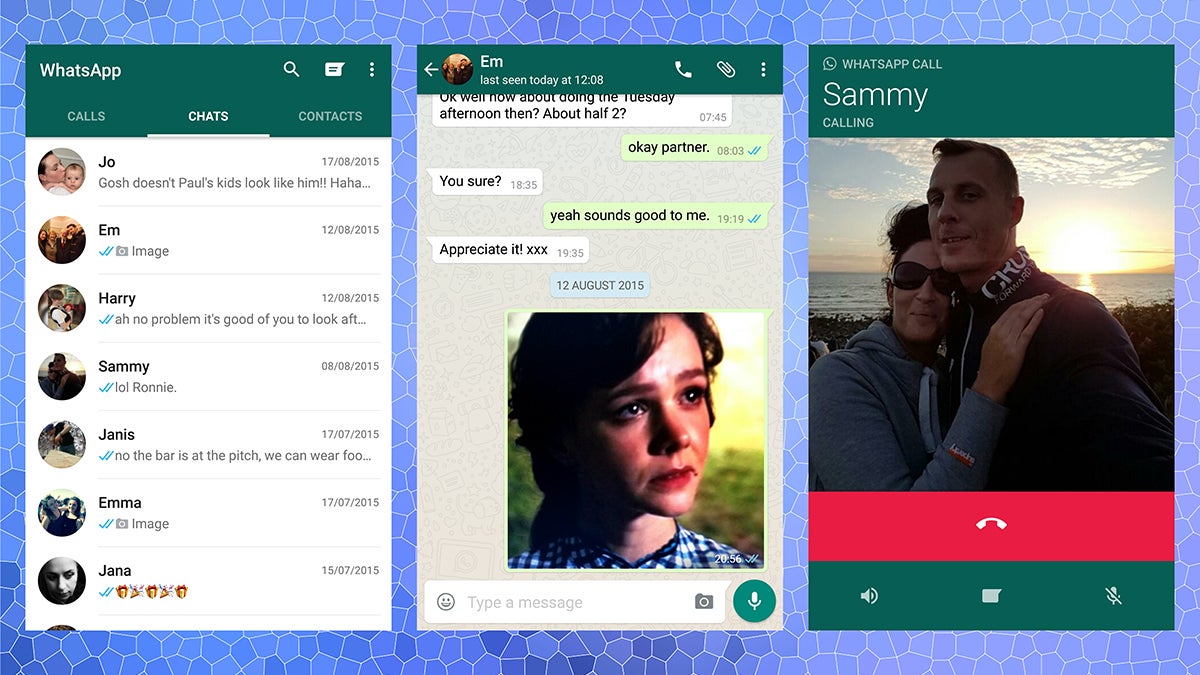 For most of you out there, WhatsApp won't need any introduction — it handles instant messaging with ease, lets you send audio, video, photos and even your location to other contacts, and there are plenty of extras like the group chat functionality to play around with. [Freemium on Android and iOS]

Those are our picks, but there are plenty of other options — let us know your favourites in the comments below.