Samsung Might Be Making An Absurdly Huge 18.4-Inch Android Tablet 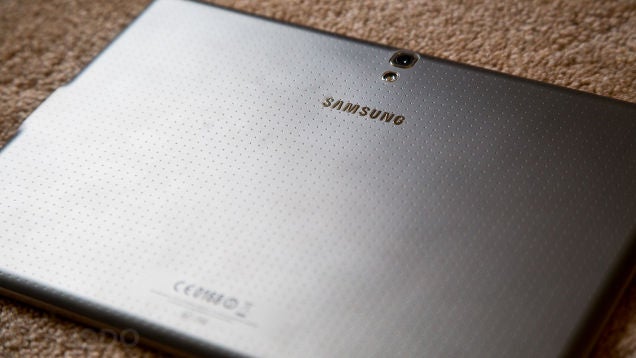 Big tablets. So hot right now. Much like the "big smartphone" revolution from 2011, tablets seem to be undergoing something similar. Apple's got its own in the works — which we'll most likely see in a few weeks. But not to be outdone, Samsung's planing to go bigger.

According to the reliable rumour site SamMobile, the Korean company known for pushing the envelope with huge gadgets is working on an 18.4-inch tablet. That's giant. But the spec sheet suggests that its most likely not for you.

For one, the report says Samsung is ditching its popular Super AMOLED display technology, the amazing tech in its smartphones and upcoming Galaxy Tab S2. Instead it will supposedly use a more run-of-the-mill TFT LCD display at full HD (1920x1080) resolution. Let's think about that for a second. At 18.4 inches, that's not going to be a great resolution with 120 pixels-per-inch. The Tab S2 is almost double that number. With 1.6GHz processor, 32GB internal storage and MicroSD slot (up to 128GB), the tab could be a good fit for schools where students can work together on just one big device.

Aside from Apple's own thoughts on mega huge tabs, giant tablets this size are nothing new. Panasonic showcased a Windows 8 version way back at CES 2013, and other companies like Lenovo also have made a few big tabs/portable desktops, but at pretty steep prices. Samsung may be trying to deliver something big at a small price.

Tablets have become a hard sell because, for the most part, tablets are forever. But will going bigger sell? Looks like we'll find out.