People Are Poor Communicators When It Comes To Pain During Sex 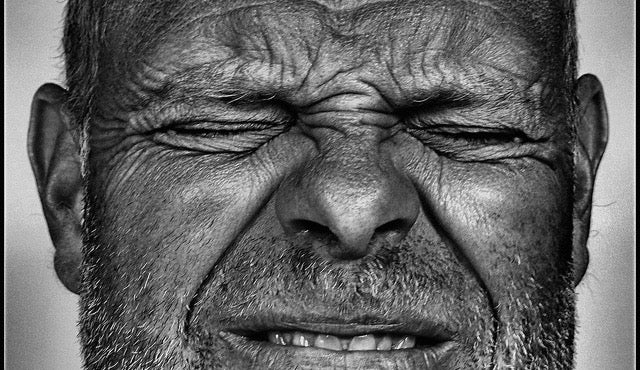 Sex should be fun, but for many people pain is not. Nevertheless, sex sometimes surprises us with a side of pain. It might be fleeting — from a lack of lubrication, an unexpected muscle cramp, some chafing or pinched skin, or it could be the result of a more serious medical condition. But whether it's from shame or embarrassment, people often don't talk about it.

Presence of pain during penile/vaginal intercourse

Most of people surveyed for this part of the study, male or female, experienced penile-vaginal intercourse without pain. Hurray! But nearly a third of the women felt some type of pain in or around their genitals during sex. That tells us that pain isn't a rare experience for many women.

Duration of pain during penile/vaginal intercourse

When people did feel unwanted pain during sex, it was usually (thank goodness) brief. Still, about one quarter of both the men and women surveyed felt pain that lasted more than five minutes after sexual intercourse. Here's the big question: what do people who feel pain do about it?

Communication about pain during penile/vaginal intercourse

Most of the time, the answer was to "grin and bear it." Although 38% of the men and 25% of the women surveyed changed positions, and about 25% of both sexes took the time to add lube, about half of the people surveyed did nothing about the pain. The data suggests that 'doing nothing' also included not mentioning the pain to their partner. C'mon people — if it doesn't feel good, let your partner know. Stop doing what hurts and try something different.

Presence of pain during penile/anal intercourse

Duration of pain during penile/anal intercourse

Communication about pain during penile/anal intercourse

I think the same advice applies here as before. It doesn't matter which opening you prefer to use. If something hurts, let your partner know. No one should have to put up with pain they don't want.