Last night I took a trip to see Mission Impossible: Rogue Nation, which has just opened in cinemas. You might not have heard of it. It's an obscure, art-house production that takes an avant-garde approach to futurology and asks profound questions about the human condition. For example: "What weirdly specific inventions need to exist for a sequence of set-pieces to make any kind of narrative sense?".

Here's some of the most ludicrous technology moments from the new film. And be warned, there's some fairly significant spoilers in here, inevitably.

OK, so the team needs to break into a super-secure power station (more on that in a bit), and in order to get to the ultra-secure server there are several layers of security to pass through. Imagine you're the IT security person working there. There's a retina-scanner, finger print analysis, various codes and keys and so on... How can you make it more secure?

Oh, how about a gait-analysing machine?

Yes, in order to access this hyper-secure area the visitor (in this case, Simon Pegg) needs to walk down a corridor where cameras will watch and analyse the way he walks, to ensure he is the person he says he is. The gait-monitoring rig is a large metal structure that follows you down the room, and even has built in Tasers to zap you if it catches you out. Surely I'm not the only person wanting to scream "WHY DOES THIS EVEN EXIST?"

Sure, you could argue that in the MI universe, where people can wear hyper-realistic face masks, there could conceivably be a need for such a technology, but I mean... really? This is just the IT contractor adding unnecessary stuff to push up the fee, right?

So there's some data that you really need to protect. But there's no use simply encrypting it... you have to store it in an ultra-secure Moroccan power plant, complete with gait analysis machine (see above). But how do you ensure the profiles of different people's gaits are stored securely?

Oh, that's simple: Make the disk drives line the walls of a turbine tank that is full of water, of course. And somehow store the data on a plastic card that doesn't contain any metal.

To make sure it is really safe though, ensure that the only way to access it is by travelling through a long tube of water that has a built in metal-detector. That way, if any action heroes are ludicrous enough to try to access it in this way, they will have to hold their breath.

What do you mean this sounds like a health and safety nightmare? It's OK; if you use the escape hatch (which can only be opened from the inside) it opens out on to a sewer/maintenance area that just happens to have a portable defibrillator outside.

Wiping a USB Stick with A Phone

Finally, the valuable data has been retrieved and is on a USB stick! This data is so secure that not only was it a ball ache to retrieve (see above), but it is encrypted inside a "red box", which requires the Prime Minister's finger-and-voice-prints to open.

It turns out that there is a way around this, though. By resting the USB device on top of a phone, the phone can erase the data on the stick. Not simply format the data, like you might expect, but given that later on the data encrypted file was still there but found empty, it appears that the phone alone was able to break through the Prime Minister's specific encryption. How? Umm... hey, look over there! Explosions and car chases! And don't worry about it undermining the third act of the film, because BASH! SMASH! WHOOSH!

What They Don't Show You

What was interesting, and a little jarring about the film, was what the film-makers decided not to show. Each segment of the film would be setup with the 'rules' on how it works (like power plant infiltration), but many of the transitional moments were left completely unexplained.

How had Ethan (Cruise) been able to evade capture? Where did he get his secret boat hideout? How did he get hold of the false passports he provided to Benji (Pegg)? When did he have a chance to configure the car to unlock when he touched the window (another interesting technology)? When did Benji get a chance to make a copy of the files? Leaving aside the fact that it is apparently possible to rent massive London office space in less than a day and get broadband installed... who brought along the face-mask printing machine? Where do you even get one?

By far the most ludicrous thing though was this. The dialogue has been approximated:

Character #1: Can you do a facial-recognition search of worldwide CCTV cameras using a hand-drawn sketch?

A sketch. How would that even work? What possible line of pseudo-science could the film have justified this with? Forget "zoom and enhance", cinema has a new technological low. 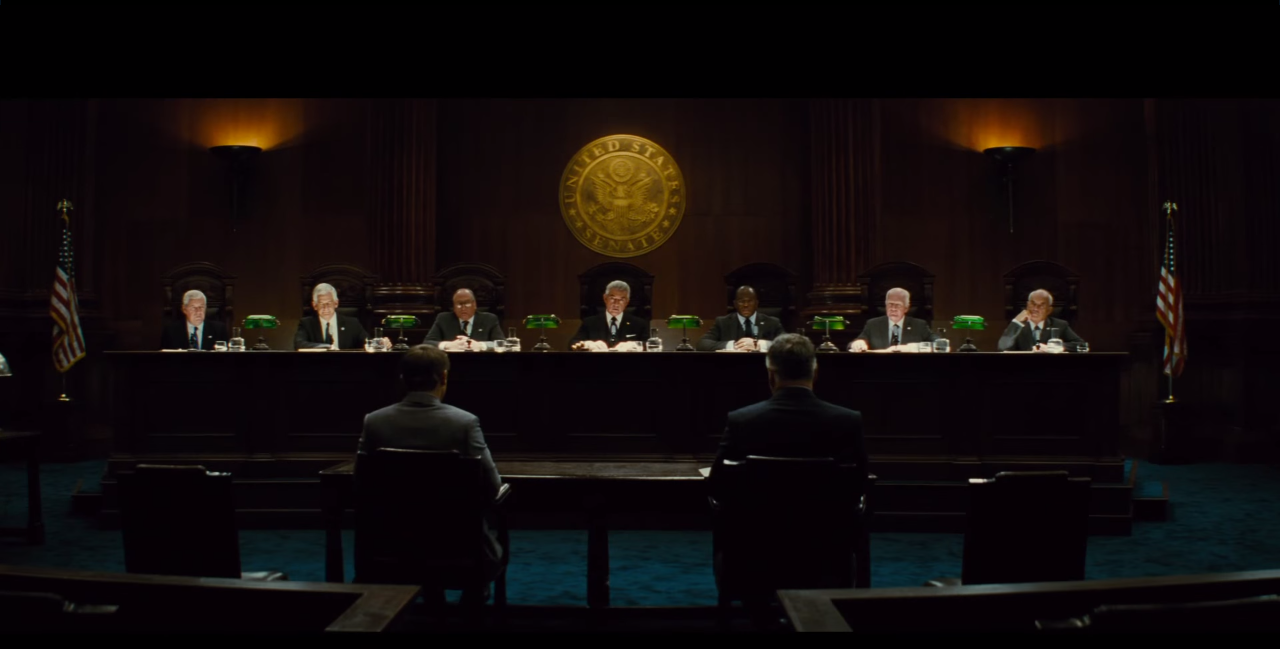 Tech is Just the Start

Perhaps it is unfair to focus on the technology. The whole film is ludicrous. This is illustrated in a delightfully understated way when during a serious congressional hearing scene when serious characters are debating the nature of accountability and espionage. And then one of the characters refers to the "IMF" organisation not by its initials but by its absurd actual name: The Impossible Mission Force. I guess they were a bit more on-the-nose with naming things in the '60s when the original Mission Impossible TV show aired.

Watching MI5 is a lot like playing Call of Duty: there are loading sequences, in which the plot is outlined... and then you watch as the characters pull it off in some impressive, tightly choreographed sequences. The best examples of this are at the start of the film, when in traditional Mission Impossible style a disembodied voice literally just explains to the viewer who the bad guy is and what their motivations are before the fighting gets started.

Don't get me wrong, the film is a lot of fun: the theatre sequence, in which Tom Cruise and Simon Pegg have to stop the Austrian chancellor from being assassinated is exciting and satisfying to watch. But though the franchise has perhaps never aspired to any particularly high levels of realism, the film does provide an interesting case study in just how far you can go before things become completely Mission Implausible.