IKEA Is Buying Up Whole Forests, And So Is Apple 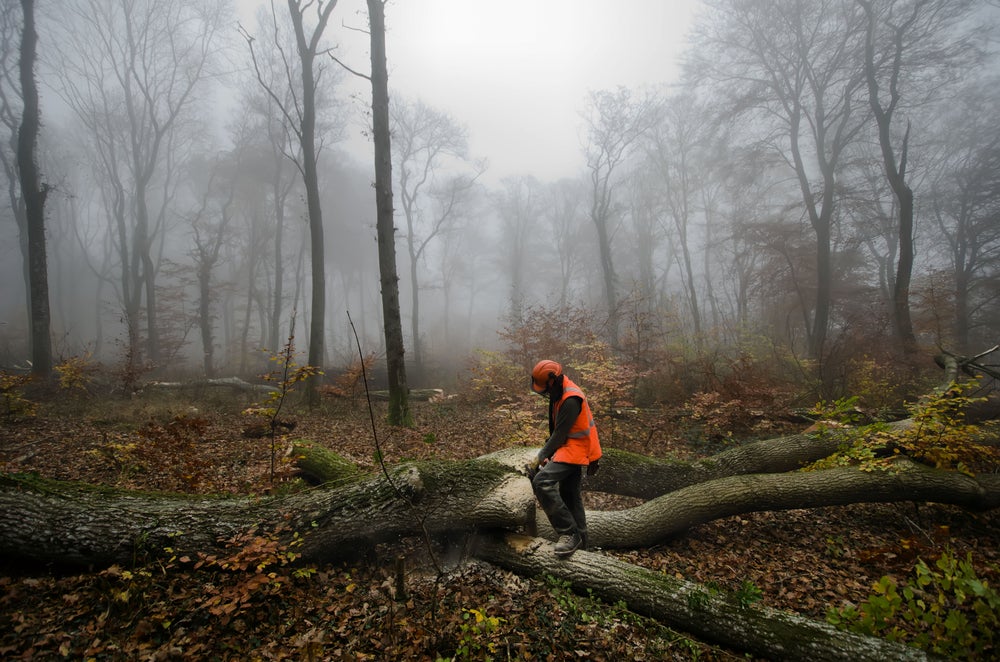 IKEA bought 83,000 acres of forest last month. In April, Apple bought 36,000 acres. What's the reasoning behind these retail giants buying their own forests? To manage them.

Last year, we saw major technology and retail companies buying up wind and solar farms. Walmart, Facebook, Apple, IKEA, Google — all decided to either build or buy renewable energy farms. Nearly as many made pledges to start using fully renewable energy sources: IKEA said it would become "energy independent". Facebook is already using all-renewables-powered data centres to manage all your likes. Now, some of them are going further down the supply chain to manage the provenance of their materials — by buying up the forests that source their paper and wood.

Last week, The Wall Street Journal reported that IKEA had bought up almost one hundred thousand acres of forest in Romania and the Baltic — this, after the company had been accused of "brutal" logging practices in Russia and cutting "old forests that have high conservation value," according to the WSJ. The company doesn't log in Russia anymore, and instead will focus on farming its Romanian forests, managing its purchase to create a renewable source for its operations. After all, IKEA uses one per cent of the world's wood supply, a number it's trying to scale back by half. It's all part of the company's plan to become "forest positive" in the next five years, growing more wood than it uses.

Similarly, Apple recently bought up a 36,000 acres of forest in Maine and North Carolina. These areas are "working forests," or regions that act as renewable sources of wood and paper pulp for industry. Apple and the Conservation Fund, which is collaborating on the project, says that these "working forests" are increasingly being developed. That's not only bad news for them commercially, but bad news for forests that were once outside the scope of industry — as Apple's Lisa Jackson explained in a post about the purchase:

We are in the midst of one of the greatest land transfers in history. In the last 15 years, we've already lost 23 million acres of forestland that provided the pulp, paper, and solid wood material for products we all use. That's roughly an area the size of Maine. As land continues to be sold and change hands at an alarming rate, an estimated 45 million more acres are currently in the crosshairs of development.

The goal of the Conservation Fund's work is to create limits on how those working forests can be used beyond producing paper products. These are designed to "ensure sustainable harvests and restrict the subdivision or conversion of land to non-forest uses," the group writes.

It's a relatively new idea, and one that's been pioneered by scientists including a Harvard ecologist named David Foster, who was interviewed by The New York Times about his work on forestry management back in 2009. Here's how he summed up the problem:

Now we tend to do it in places we don't see. And we're going to preserve our land, but, hell, we live in houses and we like the wood. Where's it coming from? It's going to come from British Columbia and Malaysia — and cutting it is going to do damage to much more pristine areas and without oversight.

Now, IKEA and Apple are still corporations, and they have very different goals than ecologists and conservationists. But they seem to have found some middle ground for the moment to better manage forests that are already logged, in part, perhaps, thanks to the growing awareness of the public.

It will be interesting to see how this fairly new idea — -that partnering with private corporations could actually leverage the strength of "working forests" and protect the vulnerable old-growth forests and other fragile ecosystems that still exist in the world — will play out over the coming decades.