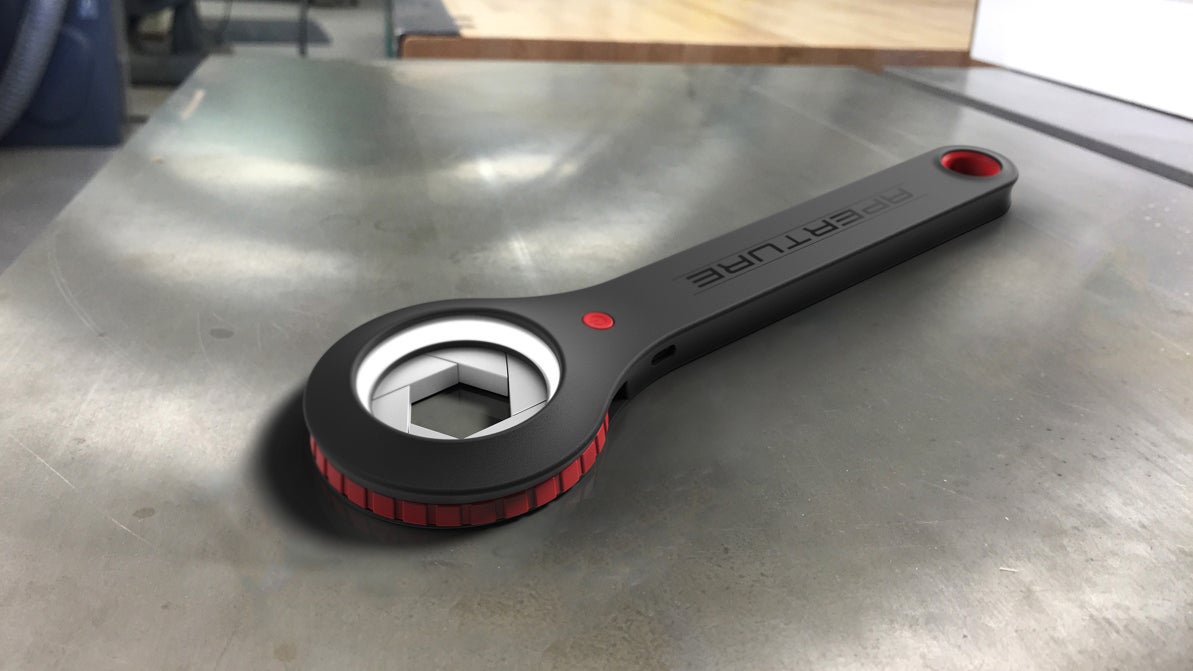 Between adjustable wrenches and socket sets, mankind has plenty of perfectly adequate tools to fasten and loosen nuts. But that doesn't stop me from wanting this (concept) irising wrench all the same.

The design, the brainchild of Seattle designer Jordan Steranka, uses the same system as your camera lens to make the six-sided hole smaller or larger, depending on the type of nut you're fiddling with. There's also a light surrounding the aperture, so you can see what you're trying to unscrew. 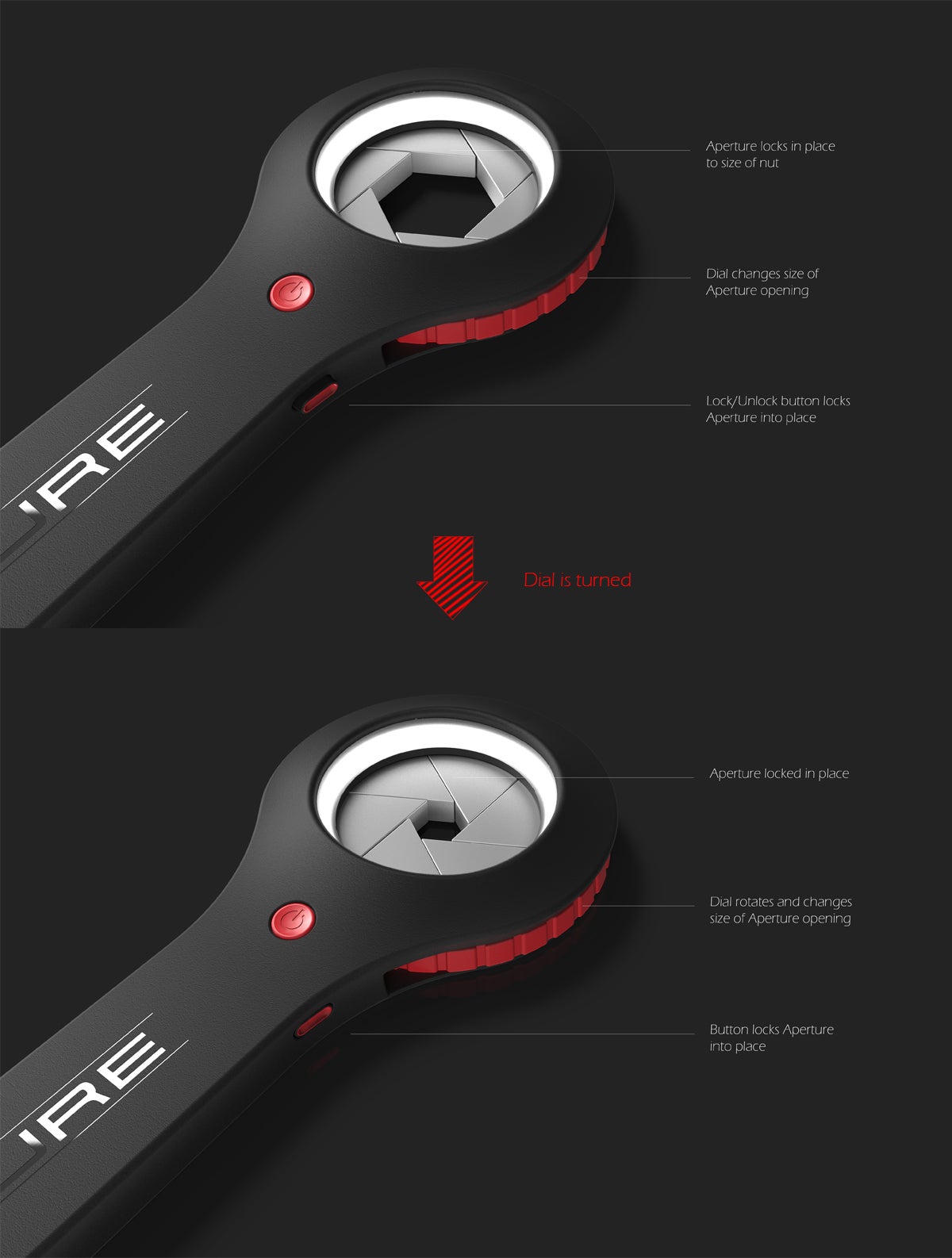 In theory, it simplifies your life by reducing the number of wrenches you need; in reality, it's a more expensive/complicated version of two-moving-parts adjustable wrenches that have fixed your sinks for decades. But despite that, it's so darn pretty, I want one just to hang up in my workshop.