While NASA and its commercial partners try hard to develop several new American spacecraft in order to get American astronauts into Earth's orbit and beyond, Russia is working on its own new craft too.

On Monday, the Russian Space Agency published a few photos taken at MAKS-2015, the 12th International Aviation and Space Salon in Moscow — and amongst them are shots showing Russia's new spacecraft, currently under development. It was the first public display of the new Russian manned transport craft, which is being built to replace the trustworthy Soyuz-TMA that carries astronauts and cosmonauts to the International Space Station.

The maker of the new craft? The Russian space industry giant RSC Energia, which unveiled its so-called "new-generation crew transportation spacecraft" at the show. The new craft has been under development for a decade now, and is something of a lynchpin for Russia's future in space, since it's designed to carry cosmonauts to the Moon and Mars too. But it doesn't have a name yet — and the company launched a competition looking for a finalised name today.

It's part of a project called the Prospective Piloted Transport System (PPTS), which is expected to replace both the Soyuz TMA manned spacecraft system and the Progress cargo ships. RSC Energia will be testing the capsules over the next few months. According to its plans, the first unmanned orbital test flight of the new spacecraft, atop the new Angara rocket, is scheduled in 2021, launching from the Vostochny Cosmodrome, Russia's new spaceport currently under construction. That's a ways off — so let's see what they have got going on in 2015. Here's the body of the reentry vehicle with a Russian space suit in the foreground: 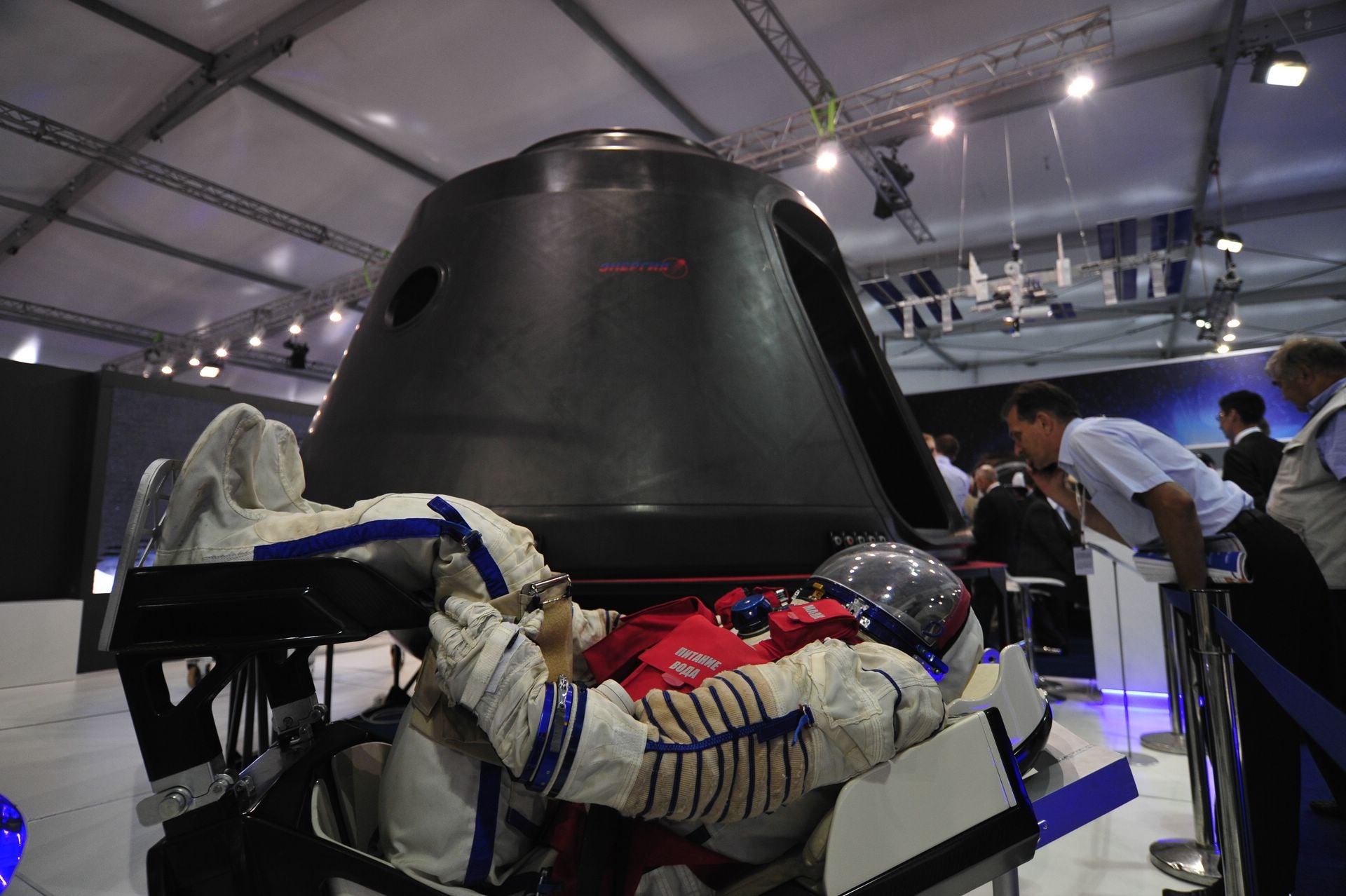 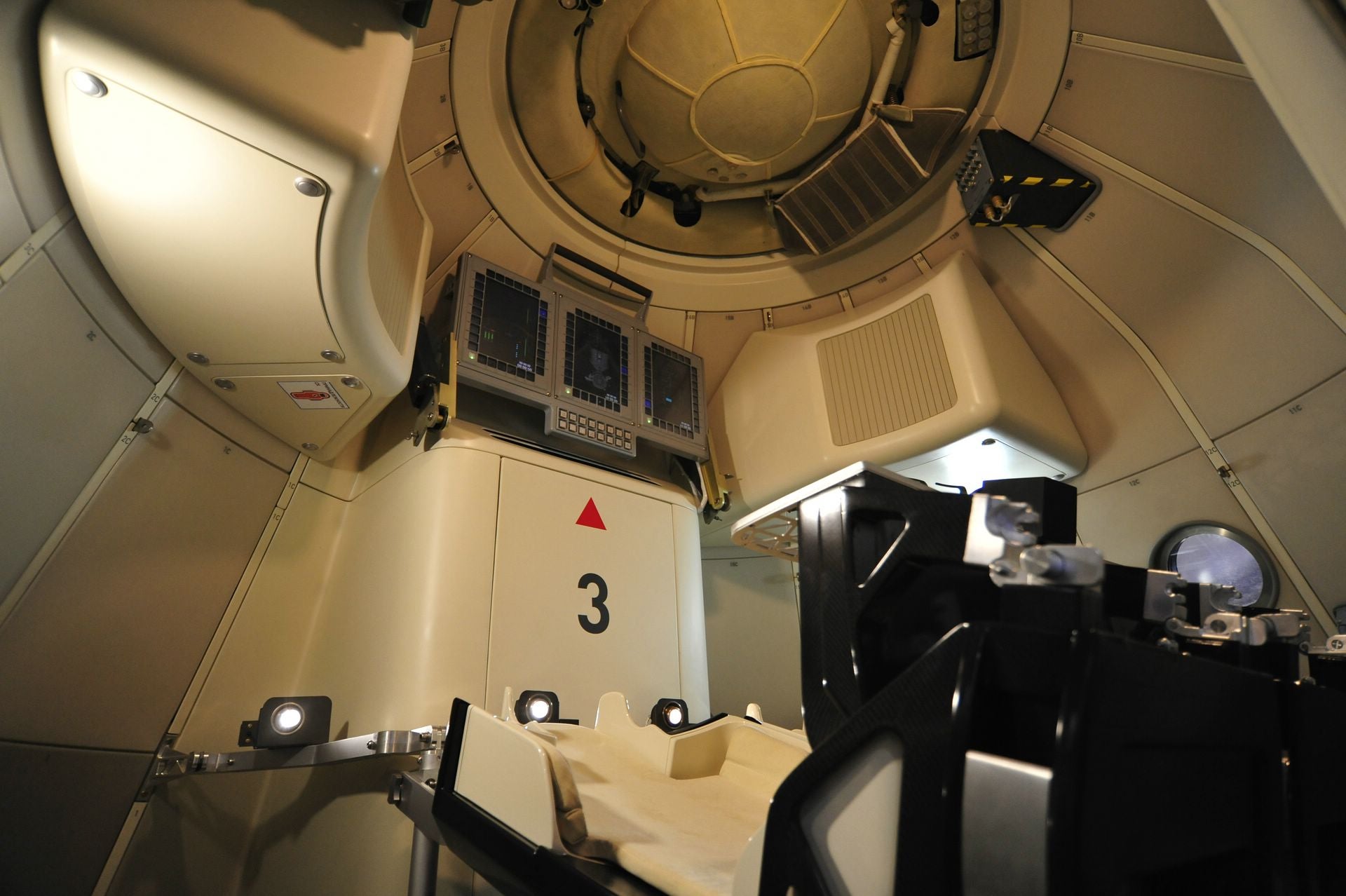 Take a closer look at that control panel: 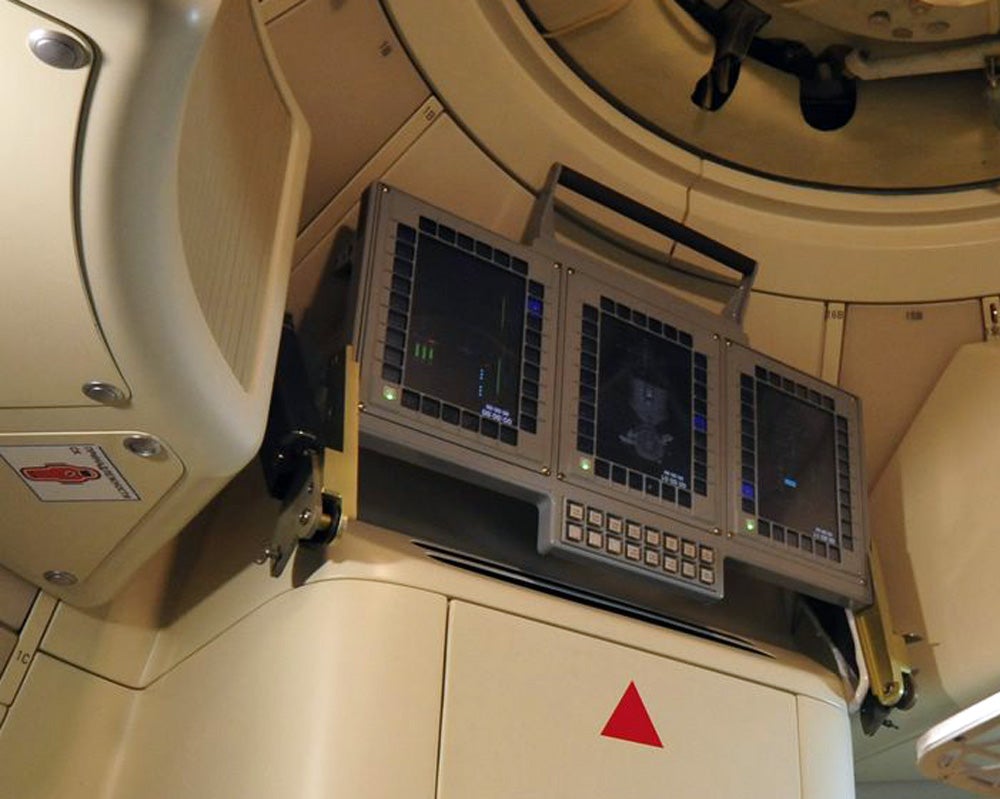 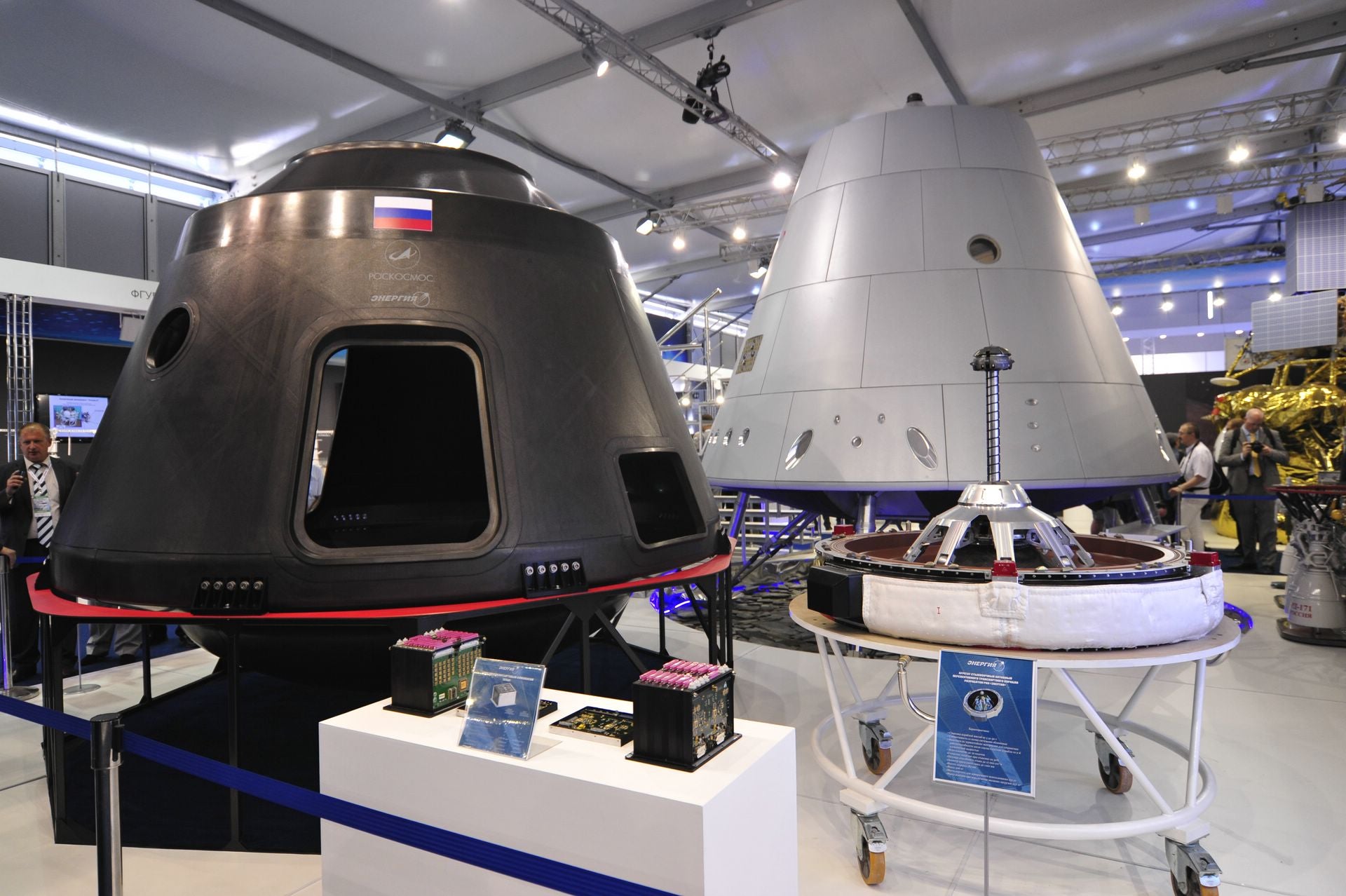 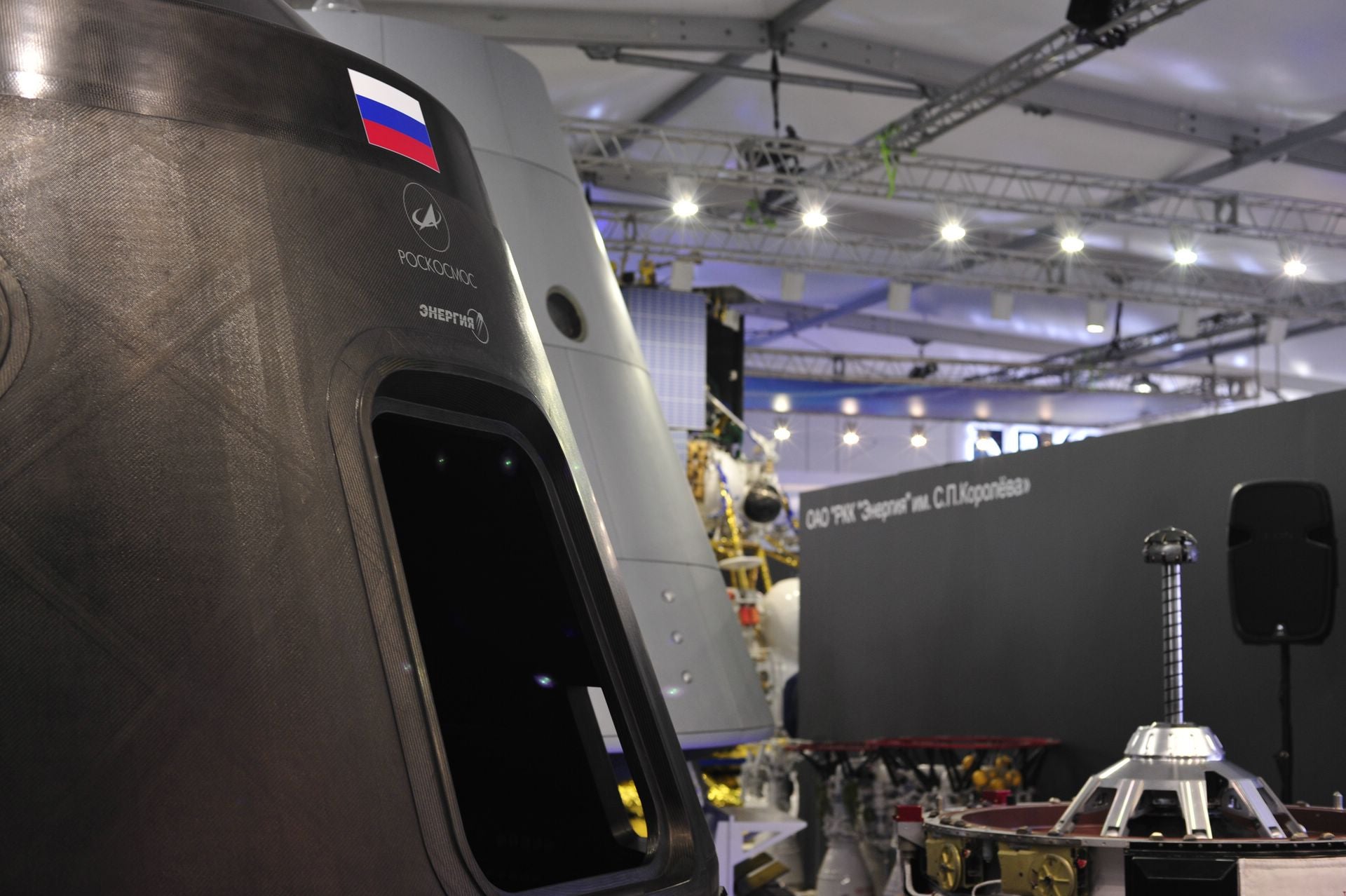 Take a look at Russia's new, partially reusable piloted spacecraft from another angle: 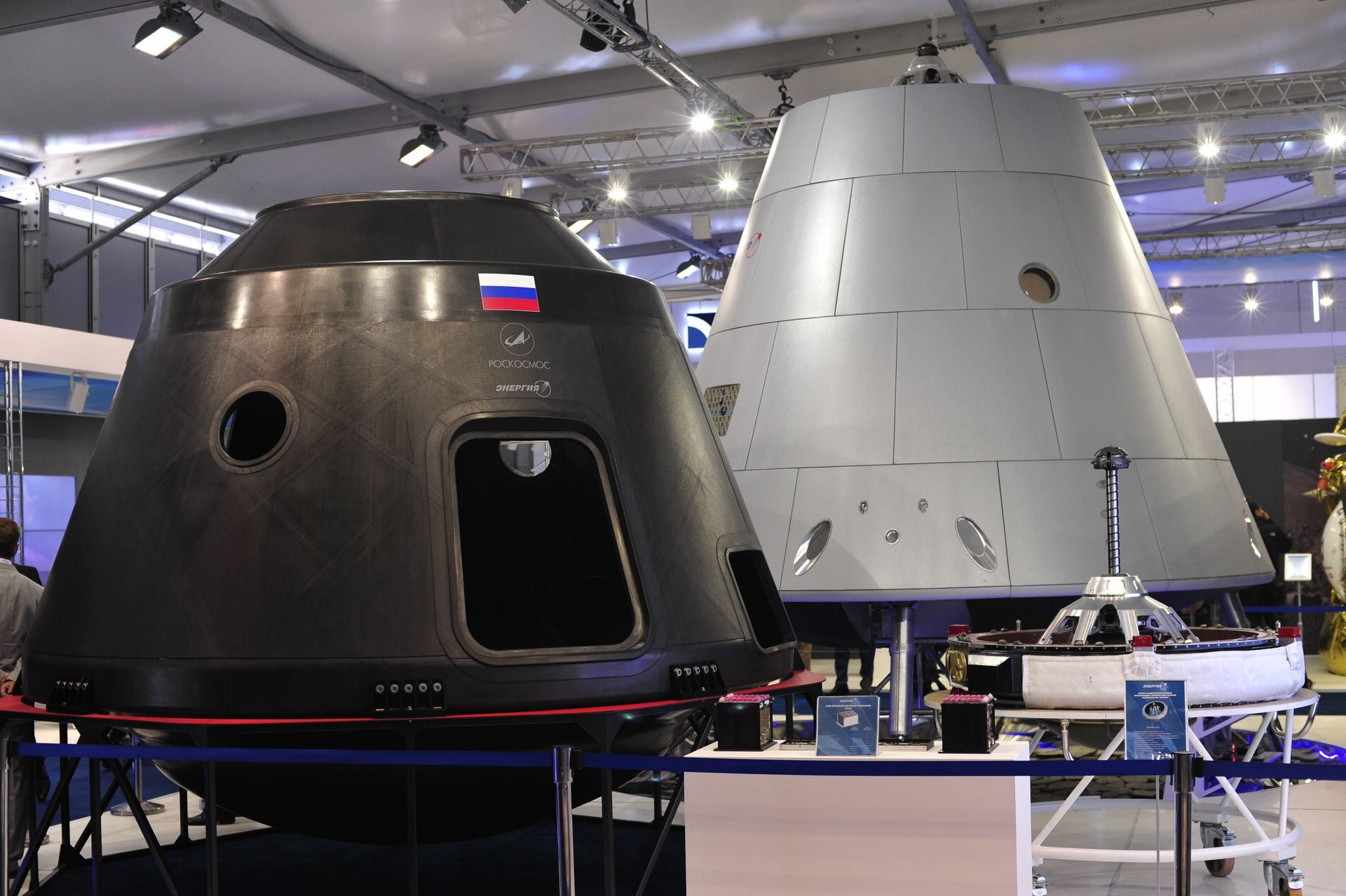