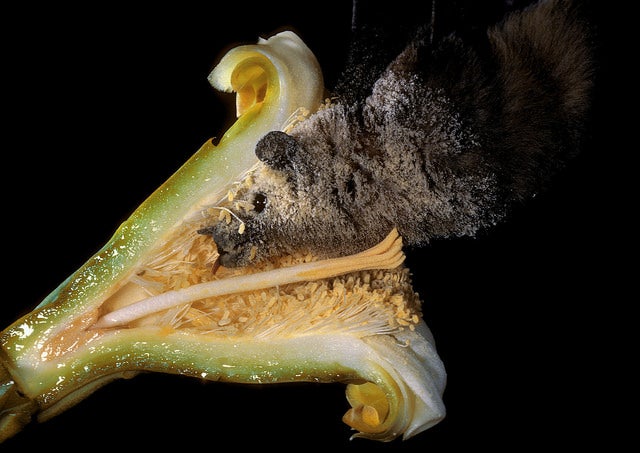 The deep, bell-shaped flowers of the saguaro cactus use a strong melony scent to tell the bats that pollinate them they're open for business, but they hide the nectar the bats want to lick up deep inside their base. If the bat wants to eat, it has to shove its face into the dozens of pollen-covered anthers inside the bloom.

Making enough nectar to satisfy a bat is energetically expensive for the plant, but putting the effort into the bribe is worth it. Bat fur can hold a huge amount of pollen (look at its face!), and the flying mammals can carry it to cactuses that are ready to mate, but far far away.