Explore The Microscopic World With These Gorgeous Scientific Puzzles 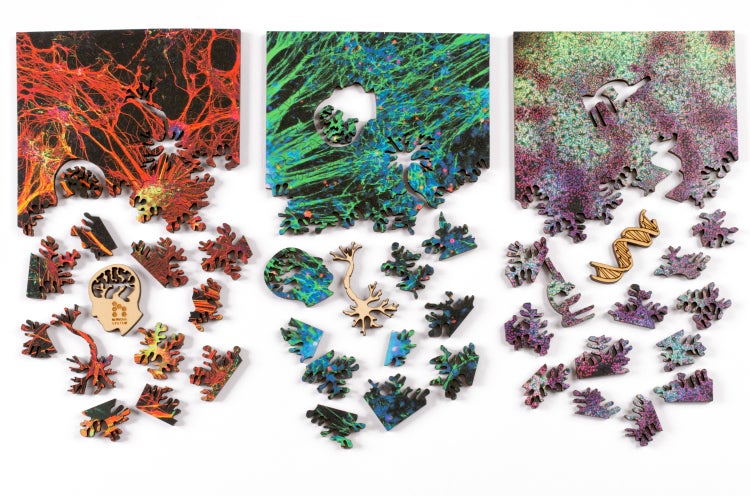 The microscopic world is beautiful and fascinating, but those of us who aren't molecular biologists rarely get to appreciate it. If you need a little more microscopic flair in your life and on your coffee table, you might want to check out these gorgeous, scientifically-accurate puzzles.

These computer-generated, laser-cut wood jigsaw puzzles were put together by the clever designers at Nervous System in collaboration with IlusArt. Each puzzles features microscopic photographs of cell structures and tissues, captured by scientists to tell a story. The Green Neural Network puzzle, for instance, shows us an image of neurons, grown by scientists in the Schaffer Lab at UC Berkeley to study the development of Alzheimer's: 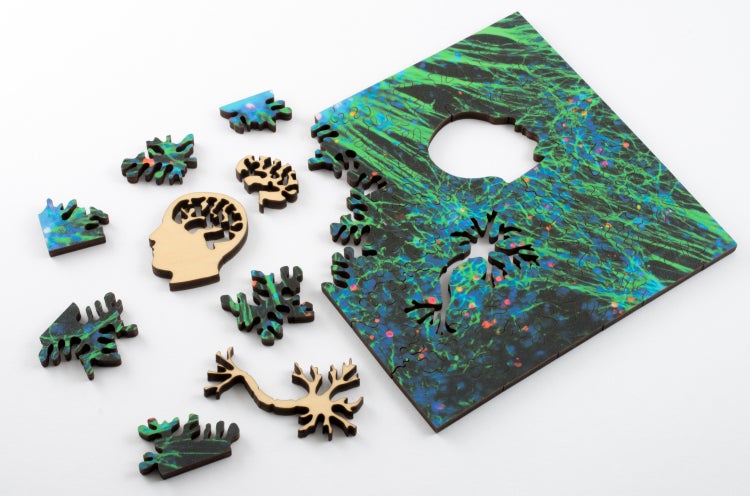 While the Northern White Rhino puzzle features a photograph of stem cells from Fatu, one of only four remaining members of the species. Researchers at the San Diego Zoo are trying to turn rhino stem cells into sperm and eggs, in the hopes of one day resurrecting the species: 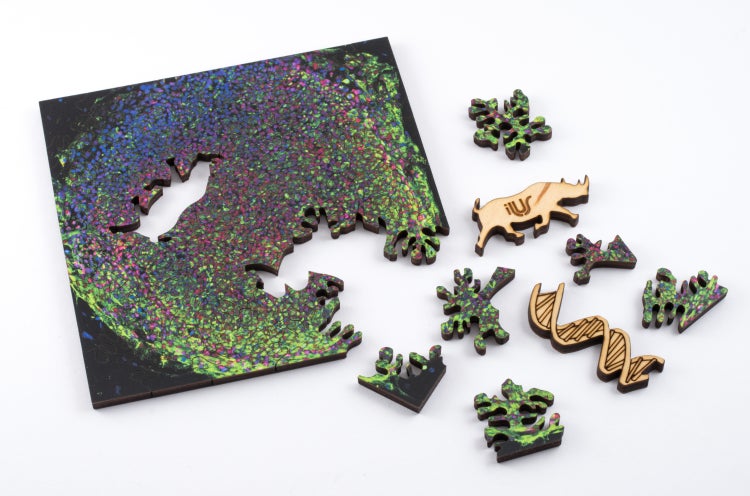