Cutting Emissions Through Biofuels Will Lead To Water Shortages 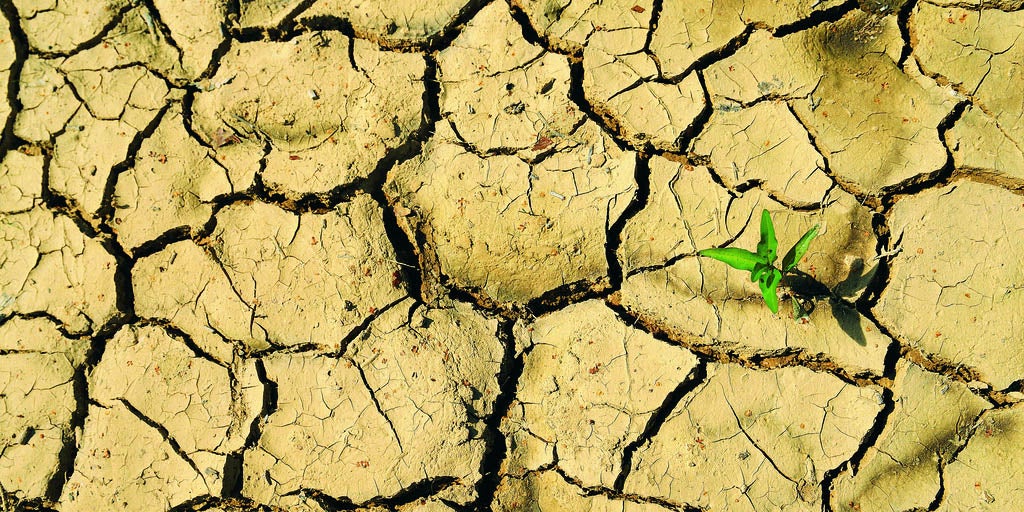 Climate change mitigation could actually increase water shortage in some areas rather than reduce it, according to new research. The source of the problem is clear: greater demand for biofuels, intended to reduce emissions from fossil fuels, requires massive increases in irrigation in productive but relatively arid American farmland.

The study, published in the journal PNAS, is alarming as it suggests one of the major strategies for dealing with global warming may lead to greater political strife. One of climate science's most confident findings is that an increase in the average surface temperature will lead to greater extremes in amount of rainfall. That is likely to mean more damage from floods and storms in already vulnerable regions, and increased drought in areas that currently experience water shortage. Climate change mitigation strategies are, in theory, designed to avoid or reduce these consequences.

If the unhelpful impact of biofuels comes as a surprise to some, that will be because current models of energy systems typically ignore the fact that water is a limited resource. Links between different aspects of models are often missing or broken. Biofuels require land as well as water, using up valuable farmland that could be used to grow food. Meanwhile irrigation relies heavily on groundwater, a system that functions on longer timescales than most climate models as groundwater is only very slowly replaced.

The Earth is a complex system of interconnected processes; when all of these are accounted for, the "safe operating space for humanity" is significantly reduced, leaving little room for manoeuvre.

The new results come with several caveats. Different models project significantly different patterns of change in precipitation, potentially changing the results; results are also likely to depend strongly on projections of population and technology used in the models. There is also disagreement with some previous studies, which do not predict possible increases in drought as a result of climate mitigation. Despite this, there is a clear need for integrated policies that balance the competing and sometimes conflicting demands of closely connected climate, water, energy and food systems.

A key obstacle to understanding the interaction between the climate, energy and water use is the difficulty of predicting local responses to climate change. The planting decisions of individual farmers are driven by global socio-economic and environmental factors, but these are filtered by, for example, local geography and the tastes of consumers in the region. These small-scale interactions are important but tricky to model.

The new research addresses this, but increased detail at the local level comes at the expense of modelling the full range of possible scenarios.

Another major problem is that integrated models, with only a few exceptions, represent the economic system as a single agent with perfect information. In fact, individual behaviour and choices are as critical to future change as geographical variation of climate. Socio-economic background dictates how climate change is likely to affect people — the poor and vulnerable are likely to experience the most damaging effects, while the adoption of new technologies that provides the basis for economic growth is mostly driven by more privileged groups. Representing this diversity is critical, but it is rarely addressed.

Many essential aspects of global change lie outside the modelling domain altogether. Climate policy must also be considered from a legal viewpoint; two solutions that appear to be equally valid from economic and environmental perspectives may have radically different implications with respect to international law. Technology subsidies, for instance, may be ruled out by trade agreements where taxes or tariffs are not. National and international politics — and ethical considerations — add further layers to the analysis of what steps are practically possible.

It is a messy problem, but the fundamental message is clear: we need better integrated modelling for policy solutions that account for all aspects of the Earth system, both natural and sociological. We need integration of approaches between modellers and experts from beyond the modelling sphere and we need new mitigation options that do more than simply reduce atmospheric carbon.

Enhanced weathering — produced by distributing finely ground silicate rock over the land surface, increasing the amount of carbon absorbed during erosion — is one intriguing example that reduces atmospheric CO2 and ocean acidification, and enhances crop productivity at the same time. With the aid of more informative models, we can find other innovative solutions to solving Earth's climate crisis.

Neil Edwards is Reader in Earth Systems Science at The Open University.