Chastity Belts Were Definitely Not A Medieval Thing 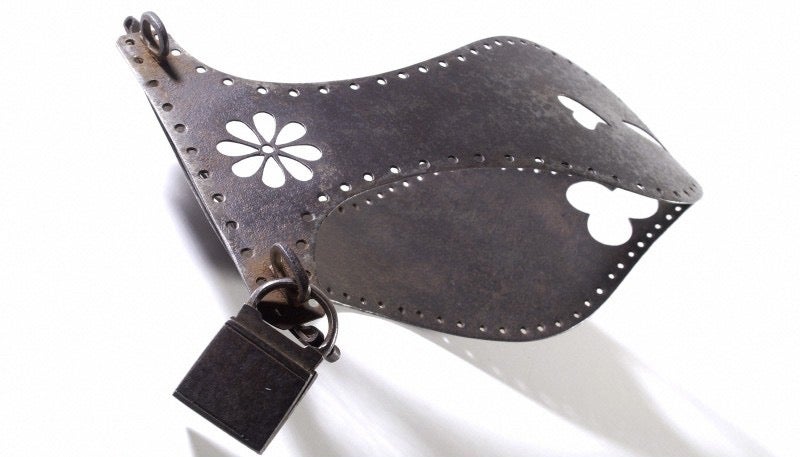 It's the stuff of legends: the knight riding to the Crusades with the key to his lady's chastity belt tucked under his armour. But it's about as real as stories of Prester John or the Holy Grail.

References in European texts to chastity belts go back centuries, well into the first millennium A.D. But until the 1100s, those references are all couched in theology, as metaphors for the idea of fidelity and purity. For example: One Latin source admonishes the "honest virgin" to "hold the helmet of salvation on your front, the word of truth in the mouth...true love of God and your neighbour in the chest, the girdle of chastity in the body…."

According to Albrecht Classen, a medievalist at the University of Arizona, some period references are allegorical, and others are jokes. Their reappearance in 16th century art is mainly satirical, and the belts displayed in museums, like the one pictured above, were probably really made in the 19th century, possibly as jokes (check out the cute flower-shaped poop-hole), or possibly — like modern-day chastity belts — as a Victorian fetish object.

Germain Lussier 21 Jan 2020 9:39 AM
The year in movies starts every January in Park City, Utah, with the Sundance Film Festival. Come January 23, we can expect many of the year’s best films to feature at the festival. It’s certainly happened every year prior.