Your Burger Is Full Of Living Things, Even If It's Vegetarian 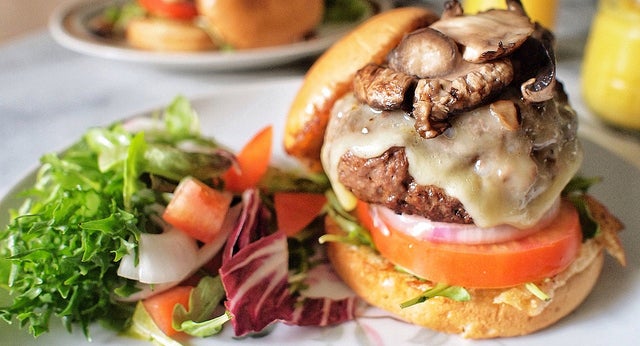 We all have our personal feelings about how a burger should be cooked. But if there's one thing that's universally agreed upon, it's that a burger on bun with ketchup and toppings should be very much dead. In reality, that's not the case at all.

Your cow patty is a goddamn ecosystem. And yes, vegans, so are your seitan burgers.

Like everything else on the surface of planet Earth, our meals are teeming with life. We just didn't notice until recently, when scientists began using genetic tools to study the invisible microbial ecosystems, or microbiomes, that permeate our world. Today, we're just beginning to discover how the microbiomes in our bodies, our homes, and yes, our sandwiches, impact our health. Let's explore what we know about the ecosystems we eat.

How Many Bugs We Talkin'?

Obviously the first question on any sane person's mind is how many microbes am I actually consuming in my meal. At first glance, you might suppose this is the sort of information you could find online. But while food manufacturers are required by the FDA to monitor microorganisms in the case of pathogens and probiotics, until recently, very little was known about the more benign critters we consume on the daily. 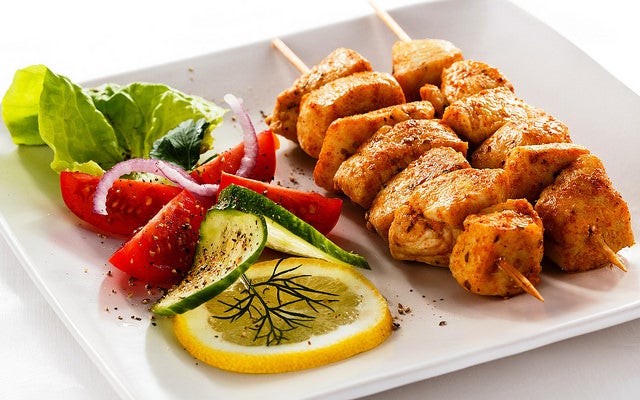 It's not really an easy question to answer. Produce picks up microbes in the fields, during transport, and at the grocery store. Meat gathers a handful of critters at the processing plants. Even microwave dinners aren't sterile — freezing will kill most microorganisms, but a small number survive and can be resuscitated after food thaws. Even if you zap the crap out of your hot pocket in the microwave, it will pick up bugs from the air, your plate, and your utensils before it ever enters your mouth (also teeming with microbes).

The long and short of it is, every meal you eat is alive, and no two meals are quite the same. But that's not a very satisfying answer. As we're becoming increasingly aware, even the non-pathogenic microbes in our environment can have major impacts on our health. Before we can determine how much the microbes we eat matter, we need to get a sense of roughly how many critters we're consuming — and how much that number varies much from diet to diet.

One of the first studies to tackle this topic is a paper published in the open-access biology journal Peer-J this past December. In the study, researchers from University of California, Davis prepared or purchased a day's worth of meals and snacks representing three different 'typical' American diets: A fast-food diet featuring Starbucks, McDonalds, and frozen dinners, a USDA-recommended diet that included a mix of fruits, veggies, meat, dairy products, and whole grains, and a vegan diet containing oatmeal, protein shakes, and tofu soups. All meals were purchased or prepared in a home kitchen, whipped up in a blender, and subjected to several microbiological tests — plate counts to estimate the total number of critters present, and DNA analyses to determine the overall community diversity.

The USDA diet contained the most microbes, roughly 1.3 billion. The lion's share of these bugs were found in a cup of cottage cheese (1.1 billion), although the meal plan's turkey sandwich also contained a notable 38 million microbes, and a small yogurt and apple snack harbored another 55 million. The vegan diet clocked in second with way fewer microbes — roughly 6 million — most of which were hiding out in a blueberry banana soy protein shake. And the processed-food diet contained the fewest, but still a modest-sized city's worth of life forms: 450,000 critters in a Starbucks Mocha Frappuccino, 240,000 in a Big Mac, large fries and coke, and 680,000 in a prepared Stouffer's lasagna. 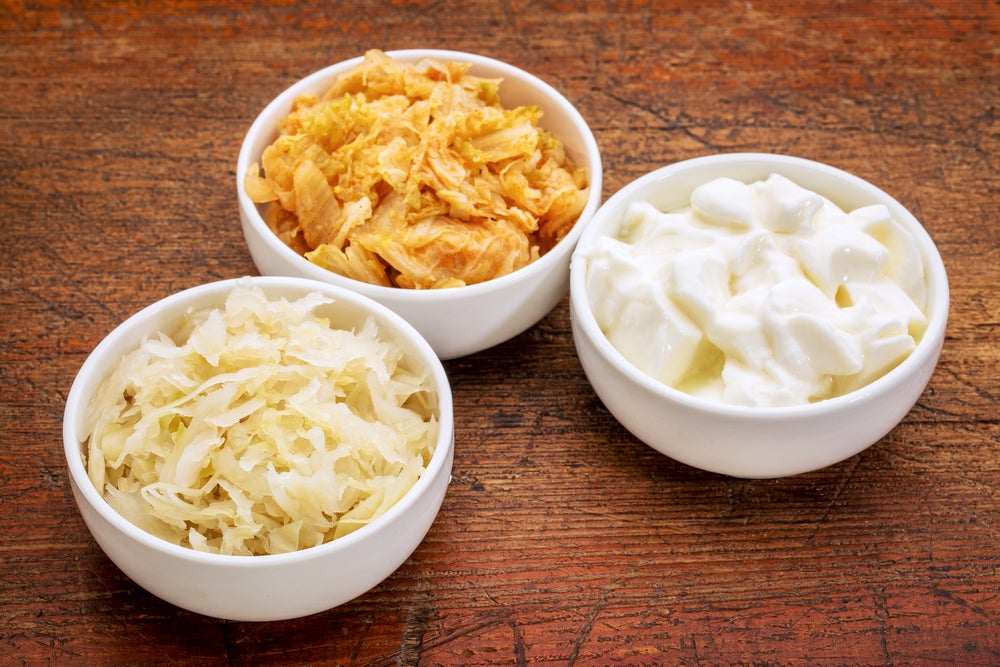 Most of the foods the researchers studied were dominated by bacteria, although certain meals contained a healthy population of viable yeast (roast turkey sandwich, presumably the bread) or mould (1.5 million cells in a bowl of Kashi cereal, and I'd rather not know why.) For the exact numbers and the full breakdown of all the meals, you can check out the open-access scientific paper.

Caveats to this study abound. The three diets the researchers profiled only contained a limited number of foods, and if different meals were swapped in, the overall numbers might have been dramatically different. For instance, the USDA diet was the only one to included cultured foods — yogurt and cottage cheese — and these contained more microbes than just about everything else put together. If the vegan meal plan had featured kombucha and kimchi, it might have come out the frontrunner.

But while the lives of the hundreds of thousands of microbes in your frappucino are certainly intriguing (I for one am wondering whether they're into the sugar or the caffeine), the exact numbers aren't really what's important here. The takeaway is that most of us are consuming millions to billions of relatively harmless microbes on the daily, and that the total number varies depending on our dietary preferences.

The next question is whether we should care.

If the article you're reading right now — presumably after having consumed millions of microbes for breakfast — isn't sitting so well, know this: Most of the microbes you eat are swiftly dissolved by your stomach acid, which has a pH of about 1.5. Still, a small number of acid-tolerant microbes will make it past that hurdle unscathed, moving merrily along into your digestive tract. And here, they meet the natives. 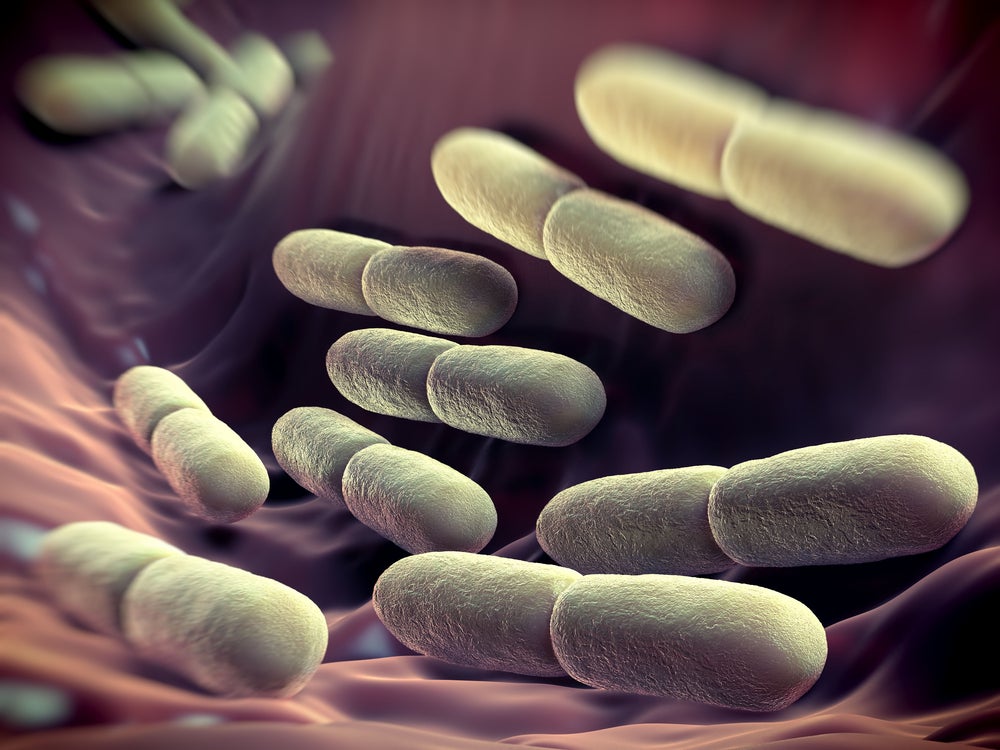 The microbial cells in your body outnumber your own 10:1. Image via Shutterstock

If you thought there were a lot of microbes in your food, please have a look at your intestines. Even a moldy bowl of Kashi pales in comparison to what's living in your gut. It's estimated that the average human harbours somewhere in the neighbourhood of 100 trillion gut microbes — a diverse community comprising bacteria, archaea, and eukaryotes. A large body of research now suggests that our gut microbiome influences our health in diverse ways, touching everything from digestion to the immune and the endocrine system.

When it comes to the microbes we eat, then, a key question is whether they contribute to this cast of invisible characters that secretly influence our lives. This is a very, very new area of research, and right now we have more questions than answers. In a few cases, such as breastmilk, we do know that food microbes matter. Not long ago, human breastmilk was thought to be sterile; we now know that it is, in fact, a creamy bacterial soup. And we're learning that some of the bacteria in breastmilk are making their way into into the infant gut and establishing themselves as permanent colonists.

By the age of 2 or 3, a toddler's gut microbiome will typically have the full diversity of a healthy adult. At that point, it seems to be harder, though not impossible, for newly ingested microbes to set up shop. According to a review paper published last month in Trends in Microbiology, probiotic bacteria such as Lactobacillus — which we consume by the billions in certain dairy products — tend to stick around for a short period of time before moving on:

There is compelling evidence that some ingested bacteria can reach the small intestine and colon alive and metabolically active. Here, they make up an important part of our transient microbiome which, in turn, is part of the variable microbiome that is repeatedly identified in comparative microbiome studies.

Even if the microbes we eat don't stay in us, they can swap snippets of DNA with members of the established gut community, in a process known as horizontal gene transfer. It's possible, then, that our meals represent something of a reservoir of new genetic material for our established gut biota. But we've yet to learn how important this process is and exactly what traits might be shared between the visitors and the natives.

"Ultimately," the authors of the aforementioned review paper write, "a key question is whether the impact of ingested bacteria reaches beyond pure ecology of the gut microbiome and impacts host health." As we continue to dig deeper, profiling the microbes in both our diets and our bodies, we will begin to answer that question.

For now, it's probably best to just make peace with the fact that your meals are in fact quite alive. Every bite you swallow results in a very tiny mass murder.