What Is Your Favourite Fictional Spaceship? 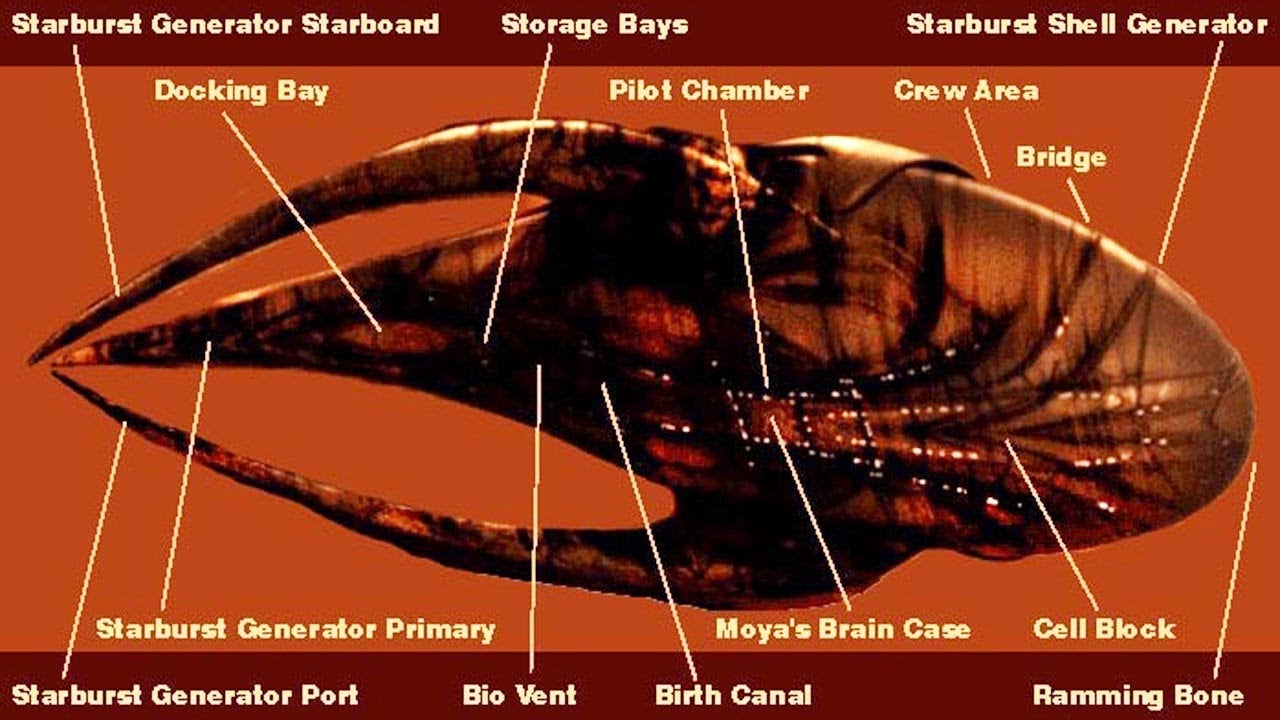 Last week we posted this incredible infographic about the speed of science fiction ships. While the speeds are fun to compare and speculate about, let's get to the Heart of Gold of the matter: What is your fictional craft of choice?

The ship I adore most didn't make Fat Wallet's cut. On the TV series Farscape (please watch this show if you have not), a misfit band of fugitives travel aboard the spacecraft Moya. This ship is a special case: part of a race called Leviathans, she's an organic being capable of thought, emotion, and bodily functions (she gives birth to a baby spaceship).

Moya is described as "a bio-mechanoid; a living ship" — she's alive. Bonded with a creature known only as Pilot who serves as her interface, Moya and Pilot come to be vital personalities on the show in their own right. I may love the Millennium Falcon, but she can't commune with Han in quite the same way.

Do you favour a badass star destroyer, or the fastest hunk of junk in the galaxy? Tell us about your favourite fictional ship and why you love it in the comments.