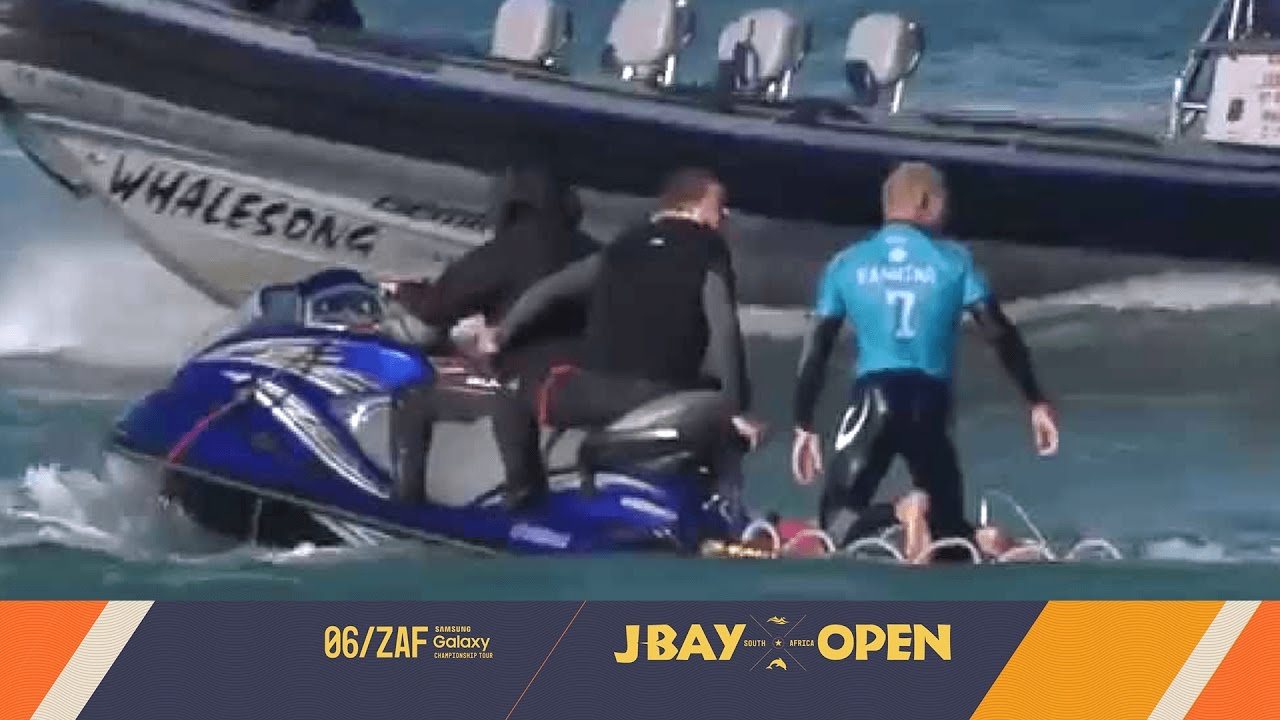 This is terrifying. Chilling, even. Aussie-born surfing world champ was attacked by a shark at the Jeffreys Bay (J-Bay) Open, and the video is too real.

The attack start straight away in the video. The shark almost creeps up on Fanning, before pouncing on the champ.

Fanning said in his post-attack interview that the shark had been caught in the surfing champ’s leg rope at the start of the incident. The shark thrashed and bit its way out of the rope, leaving Fanning to escape the incident onto the back of a support jet-ski that raced in to save the surfer.

Fanning adds that he got a few punches in during the fray.

Shark alarms sounded on the beach where the heats were being held, and other surfers were also pulled out of the water by support boats.