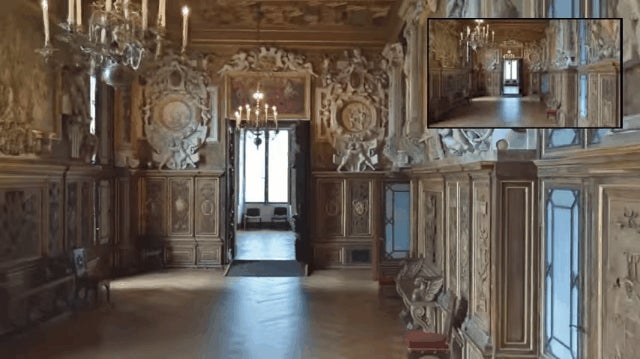 Google's engineers can do some pretty incredible things with the consumer technology it has developed — from "dreaming" neural networks based on computer vision to an algorithm that can create video from Street View images.

For example, this month we watched as the company's "dream robot", also known as its super-advanced artificial neural network, ran wild across the internet. These networks are being developed by Google's engineering team for a bunch of practical reasons involving a computer being able to identify the contents of an image — which is a remarkably complex task for a dumb machine. The incredible artificial "brains" Google is teaching to recognise, say, animals or architecture, also happens to be able to "dream," and the results have startled and awed us.

This week, MIT's Technology Review trained its eye on a paper by a Google engineer named John Flynn, the lead author on a new paper called DeepStereo: Learning to Predict New Views from the World's Imagery. Flynn and his three co-authors, all of whom work at Google, explain how they have developed a system called DeepStereo that can look at a series of images of a place and combine them into a seamless animation. 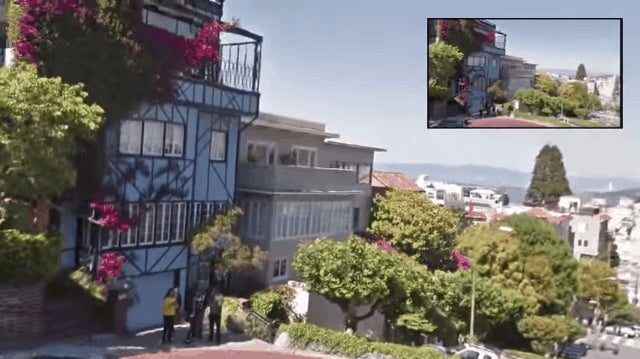 That might not seem very different from other similar projects, for example this SIGGRAPH project that mines images from the web to create timelapses. Well, it's true that DeepStero does create something like a time lapse. Except it actually creates new images to fill in the blanks, predicting parts of the image and perspectives it can't see in any of the source photos. Rather than our eyes filling in the blanks between two disparate still images, DeepStereo itself can "imagine" what's there, as the Register puts it. "Unlike this prior work, we learn to synthesise new views directly using a new deep architecture, and do not require known depth or disparity as training data," Flynn and his co-authors write.

Watch closely below, and you'll see where DeepStereo gets tripped up: Moments where corners look blurry or pixelated. "[R]egions where the algorithm is not confident tend to be blurred out, rather than being filled with warped or distorted input pixels," the team explains. There's even a trick for creating objects that are blurred in the source images. "Moving objects, which occur often in the training data, are handled gracefully by our model: They appear blurred in a manner that evokes motion blur."

Of course, the final product — to eyes without knowledge of what it took to create it — doesn't look all that different from a time lapse. But knowing that so much of these videos are created from scratch by a deep-learning algorithm makes a banal tour of Street View pretty extraordinary.