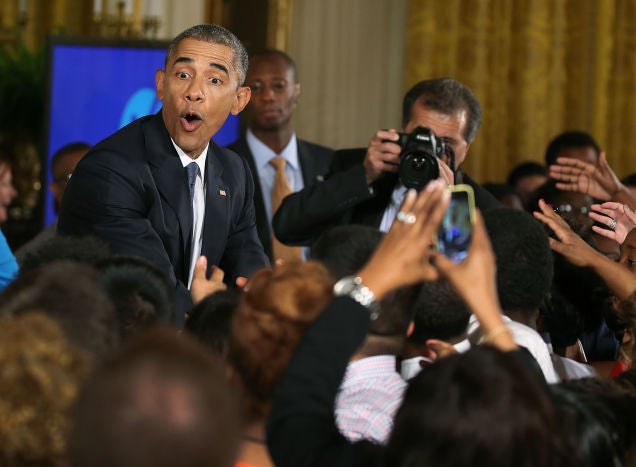 The supercomputer will be part of a larger program called the National Strategic Computing Initiative, a multi-agency push to boost computing power in the US by creating the fastest computer of them all. The White House released a statement about the plan:

Over the next decade the goal is to build supercomputers capable of one exaflop (1018 operations per second). It is also important to note that HPC in this context is not just about the speed of the computing device itself. As the President's Council of Advisors on Science and Technology has concluded, high-performance computing "must now assume a broader meaning, encompassing not only flops, but also the ability, for example, to efficiently manipulate vast and rapidly increasing quantities of both numerical and non-numerical data."

Some neuroscientists estimate that an exaflop is the amount of computing power necessary to properly simulate how a human brain works. Yet any reference to the creation of such a powerful beast of a machine leading to a swift and merciless uprising of the machines is noticeably absent from the statement.

Also noticeably absent: any reference to the fact that this new program shares most of its name with DARPA's Strategic Computing Initiative, a Reagan-era push to build powerful computers, robotics, and AI that didn't quite pan out. This executive order breathes new life into a long-brewing dream to lead the world in terrifyingly powerful machines capable of outsmarting us.

Screw what you heard about supercomputers, especially whatever trash they have over in Europe. (Yeah, Merkel, I see you.) Especially screw China's Tiane-2, the world's current fastest supercomputer, which operates at 33.86 petaflops, which is not powerful enough to mimic a human brain, not at all. If any nation is going to usher in a horrifying rise of the machines, it's going to be the US of A.