Have You Ever Had A Disastrous Butt-Dial? 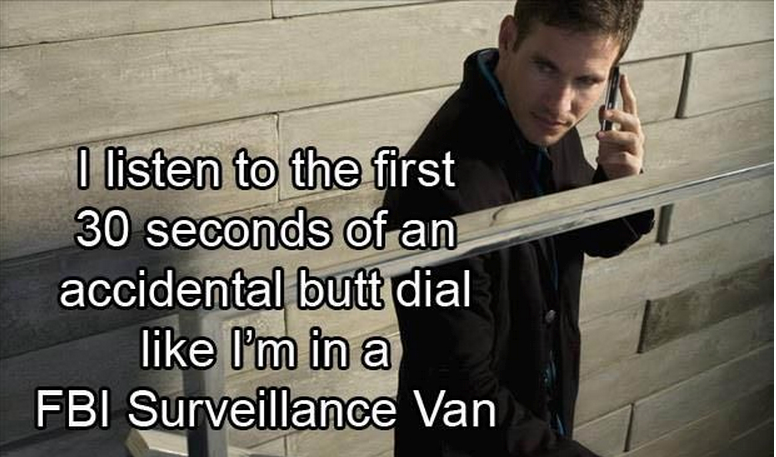 A US Appeals court just ruled that butt-dials (your phone calling a random contact due to, generally, contact with your butt) are not protected under US wire-tapping law — which means that inadvertent communications can be used against you.

The case centred around a former Northern Kentucky airport board chairman who accidentally dialed the assistant of the CEO he went on to discuss firing. The assistant recorded the call, and the chairman took her to court for violating laws against wire-tapping. But the court decided that the responsibility lay with the caller: had he taken proper precautions to lock down his phone, the call wouldn't have happened.

The Sixth Circuit court rejected Huff's argument that he had a reasonable expectation to privacy, saying that he nullified that right by owning a device that could inadvertently expose his conversations to other parties.

I'm on the fence about the ruling. While it's smart smartphone practice to lock your phone, butt-dials still happen — maybe you don't have an insta-lockdown or you triggered a call while using your phone for something else. It's unnerving to think someone can then record whatever they hear without legal repercussion. 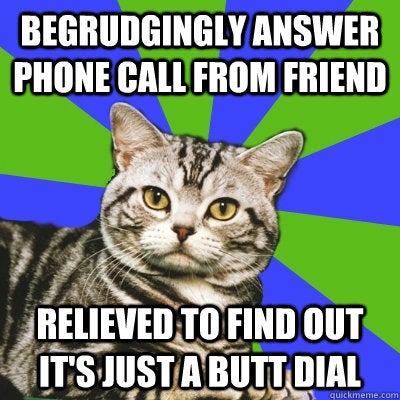 On the other hand, I have to admit that as the recipient of butt-dials, I've stayed on the line for longer than I probably should have out of curiosity. I think it's a human instinct when suddenly presented with an audio window into a place where you're not. Usually all you can hear is a garbled mess of noise — the sound of a phone snuggled into a back butt pocket. I've also noticed that when I accidentally call people, the spans of those calls have lasted some minutes. What would you do if you heard compromising news about yourself or a friend?

Maybe the situation isn't theoretical for you, but you've been there. Did your phone ever dial the wrong person at the wrong time, or were you the recipient of a butt-dial from hell? 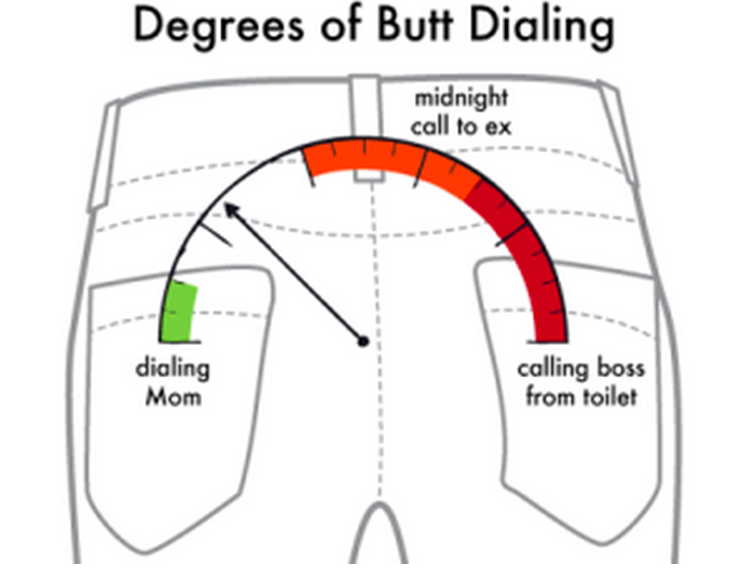 Degrees of butt dialling via meghanrocktopus.com