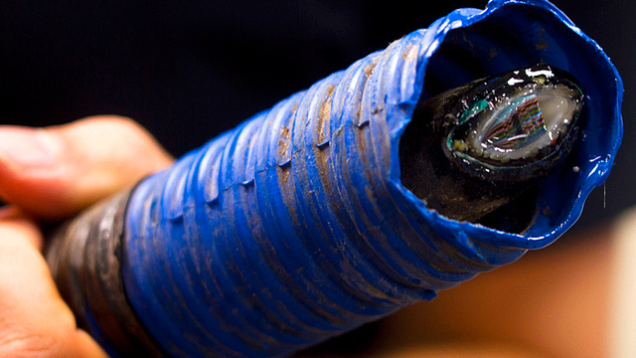 Squads of Chinese hackers aren't the only threat to internet infrastructure in the US, it would seem: the FBI is reportedly investigating "at least 11" physical attacks on high-capacity internet cables in the Bay Area dating back a year.

According to a report in USA Today, agents have confirmed that they are looking into a series of attacks, the most recent of which occurred on Tuesday morning, and did affect service for customers. Today's attack seems to have affected ISPs Level 3 and Zayo, but FBI Special Agent Greg Wurthrich told USA Today the attacks date back to July 6 last year.

Cutting internet cables isn't easy — the fibre-optic core tends to be protected by a strong conduit, sometimes hardened steel. Other countries have seen internet cables vandalised by thieves looking for scrap metal. It's unclear exactly what the motive was for this series of attacks — or even if it was a coordinated series of attacks at all — but it highlights the vulnerable nature of the internet's backbone.