Astronaut Scott Kelly's Instagram Kicks The Crap Out Of Yours 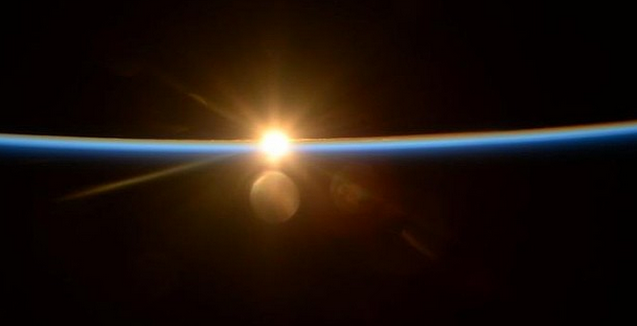 The chances that any of us will travel to space are about one in a billion. That's why astronaut Scott Kelly has been spending his lucky year in orbit helping the rest of us Earthlings imagine what that might be like.

Every day for the last 124, Scott Kelly has posted pictures of the mind-blowing view out his bedroom window to Facebook, Instagram, and Twitter. His #YearInSpace campaign has garnered Kelly hundreds of thousand of social media followers already — and he's still got another 2/3 of a year to go. If you're not following Kelly yet, perhaps this little collection of his recent work will convince you to do yourself a favour. Seriously, people: Nobody's selfies, cat videos or amateur food photography holds a candle to the scenery 240 miles up.

#Bahamas, the strokes of your watercolors are always a refreshing sight. #YearInSpace. pic.twitter.com/ISASTDak90

#EarthArt The color psychology of orange is optimistic. From my view things are looking up down there. #YearInSpace pic.twitter.com/RUudlFgboh