Anki delivered a devastating blow to slot cars with its original Drive set, giving tiny RC cars a brain so they could stay on a track without the need for a peg underneath. But with Overdrive slot cars are officially dead now that your track can be any shape you want, complete with U-turns, intersections and jumps.

First revealed earlier this year ahead of Toy Fair 2015, Anki Overdrive includes many improvements to the company's original race set, but the modular track is definitely the biggest reason to upgrade or finally jump in. The original Anki Drive's oval track was a large roll-up mat that took up lots of floor space and provided more of a Nascar experience. If you enjoyed mostly making right turns, there was a lot to like.

But Overdrive introduces tracks you can build yourself, in almost any layout or shape, thanks to modular sections held together with interlocking tabs and super strong magnets. And because each section is made from flexible but durable polystyrene, you can now introduce hills, ramps, and even jumps to your custom course.

The cars themselves have also been upgraded. They have the same camera and 50mHz processor onboard, but they have been made smarter on the software side of things to account for a track that could have a different layout every single time they race. With the original oval track the route never changed, so race strategies were always the same too. But now the cars have to first map out every corner, intersection and dead end to come up with strategies on the fly. And that should make racing against the AI opponents even more interesting. 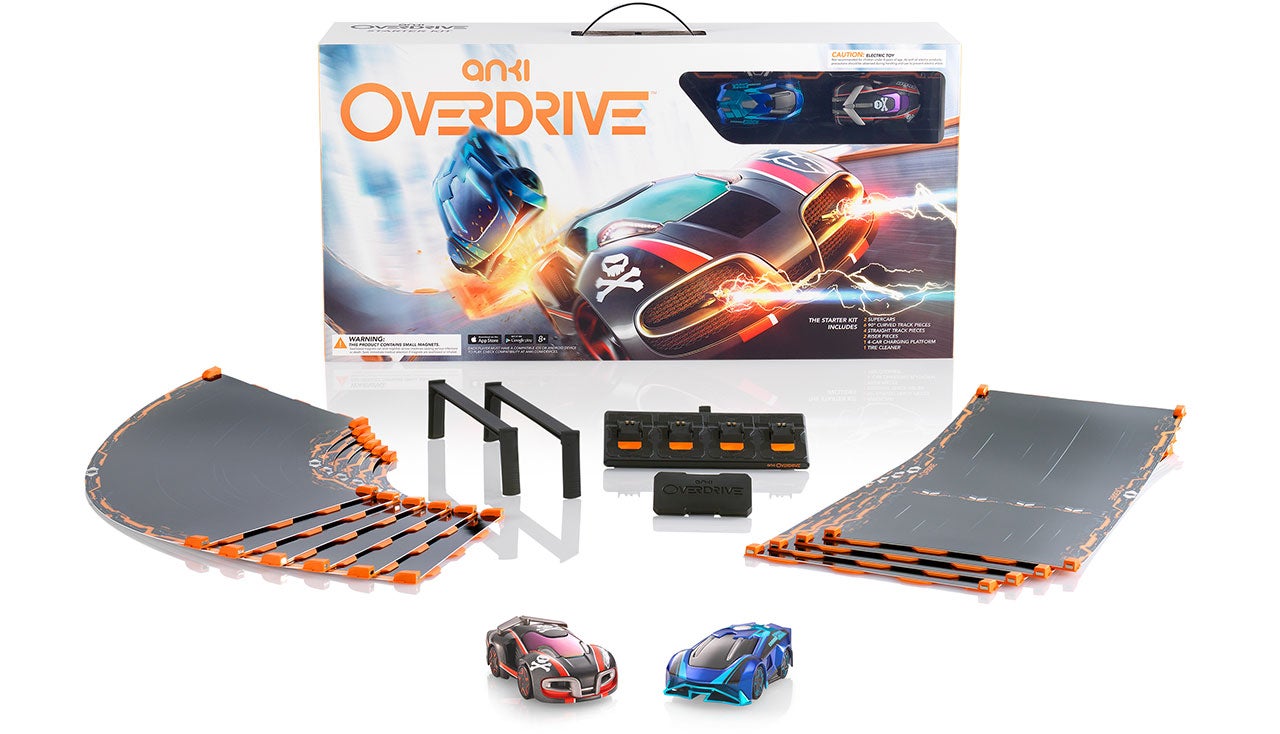 Earlier in the year, Anki would only vaguely specify that Overdrive would be available sometime in September, but today the company has revealed that the new $US150 starter kit will officially go on sale starting September 20. It will come with 10 pieces of the modular FlexTrack — four straightaways and six 90-degree corners — which is enough to build eight different courses out of the box. It also comes with two cars so you can immediately compete against a friend or with the AI driver. 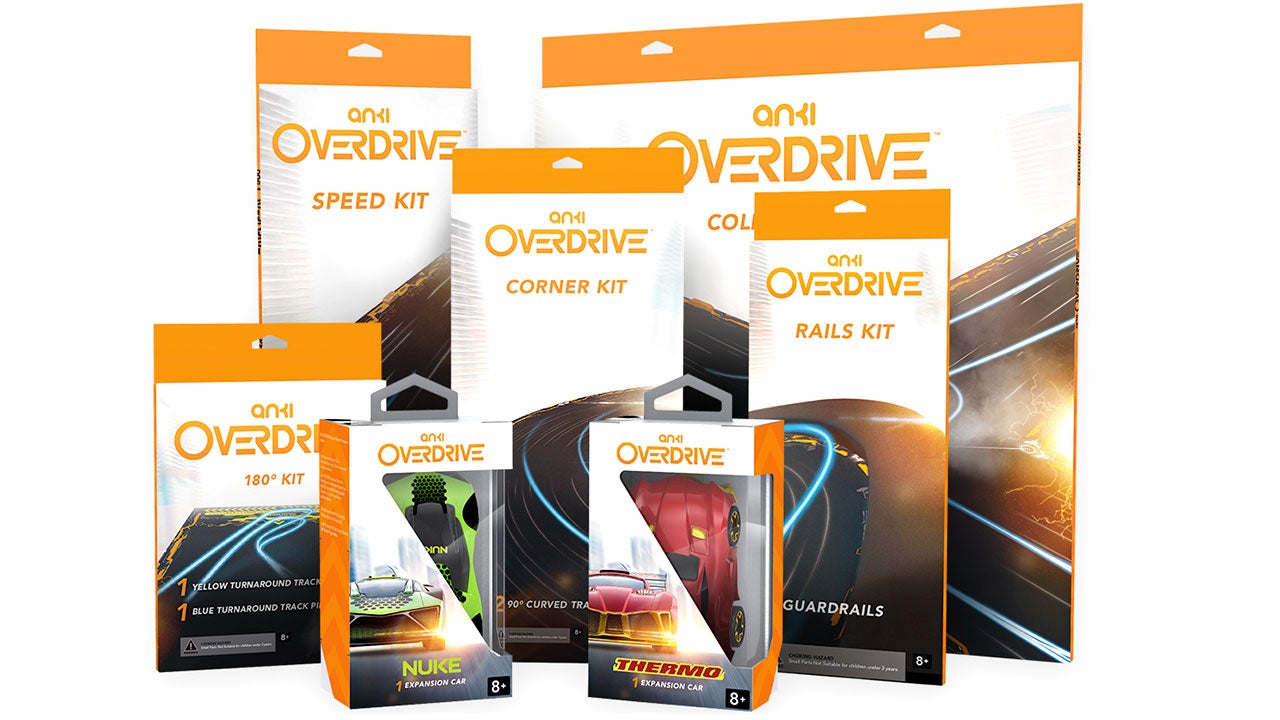 Anki will also sell track expansion packs that vary in price from $US10 for just a couple of straightaway sections, to $US30 for sets that include accessories for building jumps or banked corners to increase the difficulty. And like with the original Anki Drive, additional cars will also be available for $US50 each, letting you race up to four vehicles at any time.

If you've got enough floor space, enough money, and enough time, you can build some truly amazing tracks with Anki Overdrive. The only limitations are the range of Bluetooth from your mobile device, or the tiny cars having enough battery life to actually complete a full lap. [Anki]