Can tree bark work as well as granite to provide handholds? Legendary climber Chris Sharma thought so, and set out to climb this 77m tall redwood in northern California.

To find the right tree, make sure he could climb it without hurting it and to learn more about his subject, Sharma reached out to Dr Anthony Ambrose and Wendy Baxter of the University of California, Burbank. They have dedicated their careers to studying the trees and are experienced at climbing them using the traditional, arborist method — with ropes and pulleys.

I've never seen or heard of anybody trying to actually free climb up the bark of a redwood," Ambrose said. "I didn't think it would be possible, not because I doubted Chris' abilities, but because I wasn't sure the bark would support his weight."

"The specific tree Chris chose was good because it was fire-scarred," said Ambrose, who estimated the tree to be around 600 or 700 years old. "It didn't have a lot of lichen and moss growing on the trunk. And the bark was solid. But because of that, the fissures and grooves in the bark weren't that deep. It was also overhanging. It made the climb hard for him." 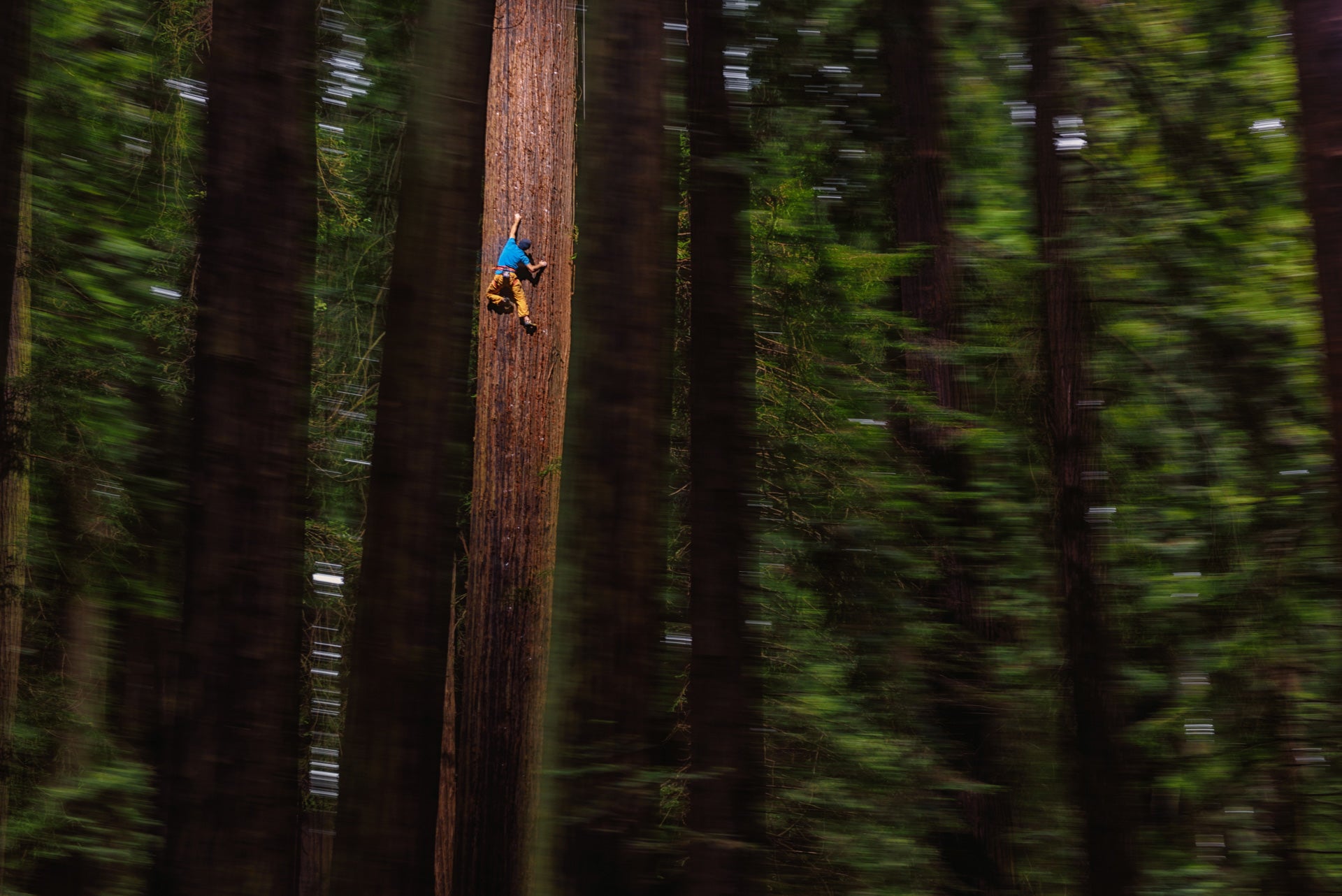