This Season's Hottest Dadjoke: Become A Trillionaire For Just $5 On eBay 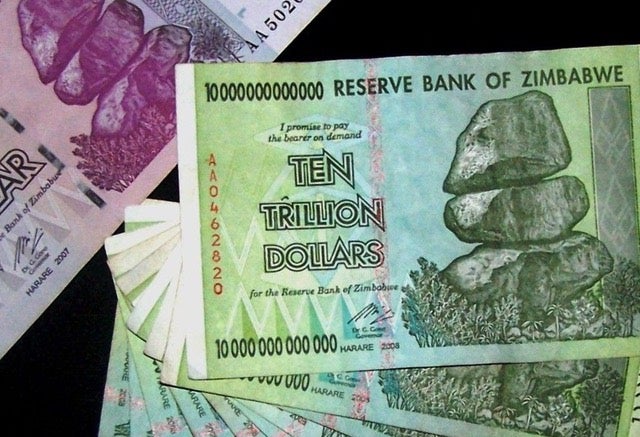 Hyperinflation in Zimbabwe has caused that country's currency to be worth virtually nothing. So the Reserve Bank of Zimbabwe is ditching their local currency in favour of US dollars. Soon Zimbabwe's cash will be used only in the American dadjoke economy, where being a trillionaire and meaning it is the height of comedy.

Officially Zimbabweans will begin trading in their notes for American dollars starting on June 15, even though other currencies have long since become more popular on the street. The biggest problem seems to be that before the official switch it's been hard to make change. But the process of completely "demonetising" is expected to be done by September.

So what's the exchange rate that the government will be using? According to The Guardian:

In the meantime, expect to see a lot more Zimbabwean banknotes hitting eBay. They're not worth anything to you or me. But in the world of the dadjoke, $5 is a small price to pay to become a trillionaire.