This Is The Coolest Vintage Radio Ever 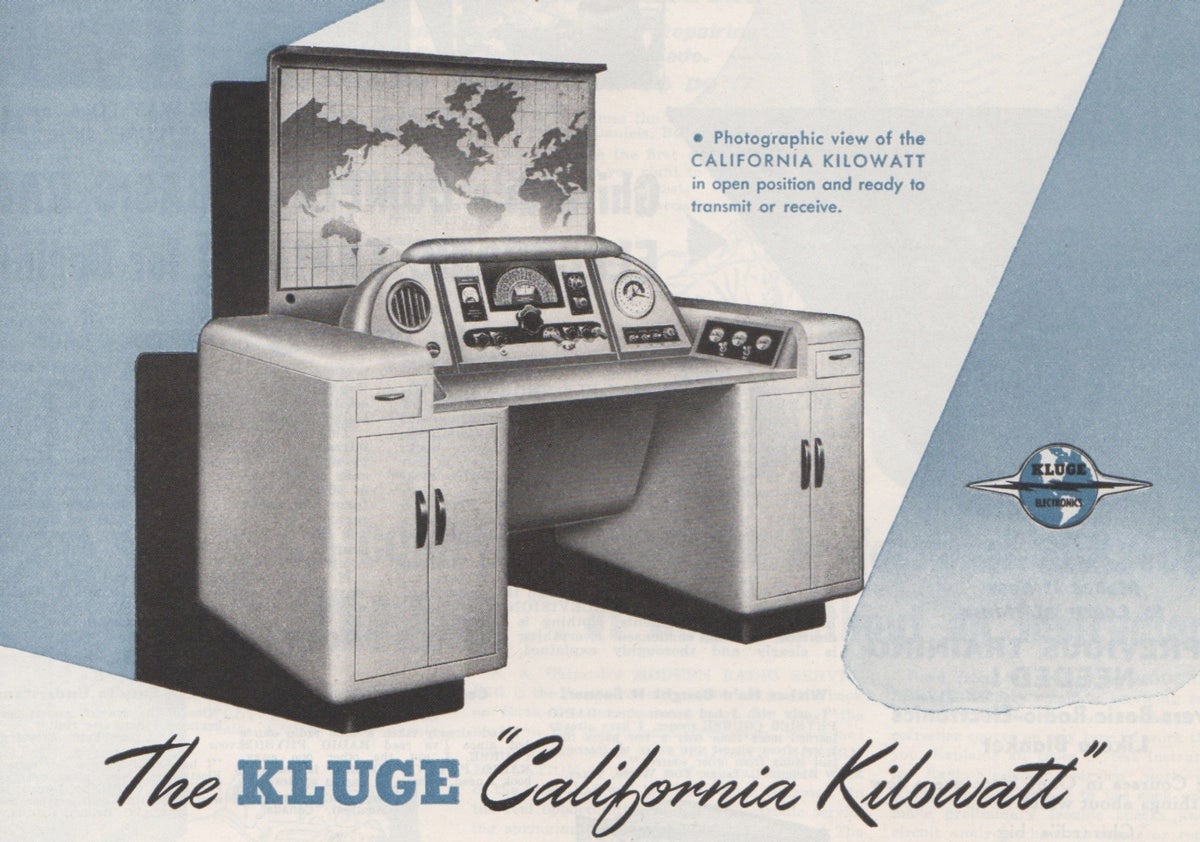 If you were a radio nerd in the 1940s, this was your dream set. Built by Kluge Electronics in Los Angeles, the "California Kilowatt" could not only send and receive messages, but it came with all the bells and whistles — including built-in speakers and an illuminated map of the world, all housed in a sleek fold-down desk.

The term California Kilowatt was slang in the ham radio community for a transmitter with a power input that exceeded the legal limit. The slightly misleading part? This radio only transmitted at the legal limit. I guess even the coolest radio ever can't have it all.

From the ad in the March 1946 issue of Radio-Craft:

Kluge Electronics, Inc., is the first to conceive, design and produce this remarkable contribution to modern radio. Among the special Kluge features designed into the CALIFORNIA KILOWATT are:

Sadly, the ad doesn't mention how much this thing was going for exactly. But I can't imagine it was cheap.

Picture: Scanned from the March 1946 issue of Radio-Craft magazine