Spinning Magnetic Cores Make These Brawlasaurs Dinos Battle It Out 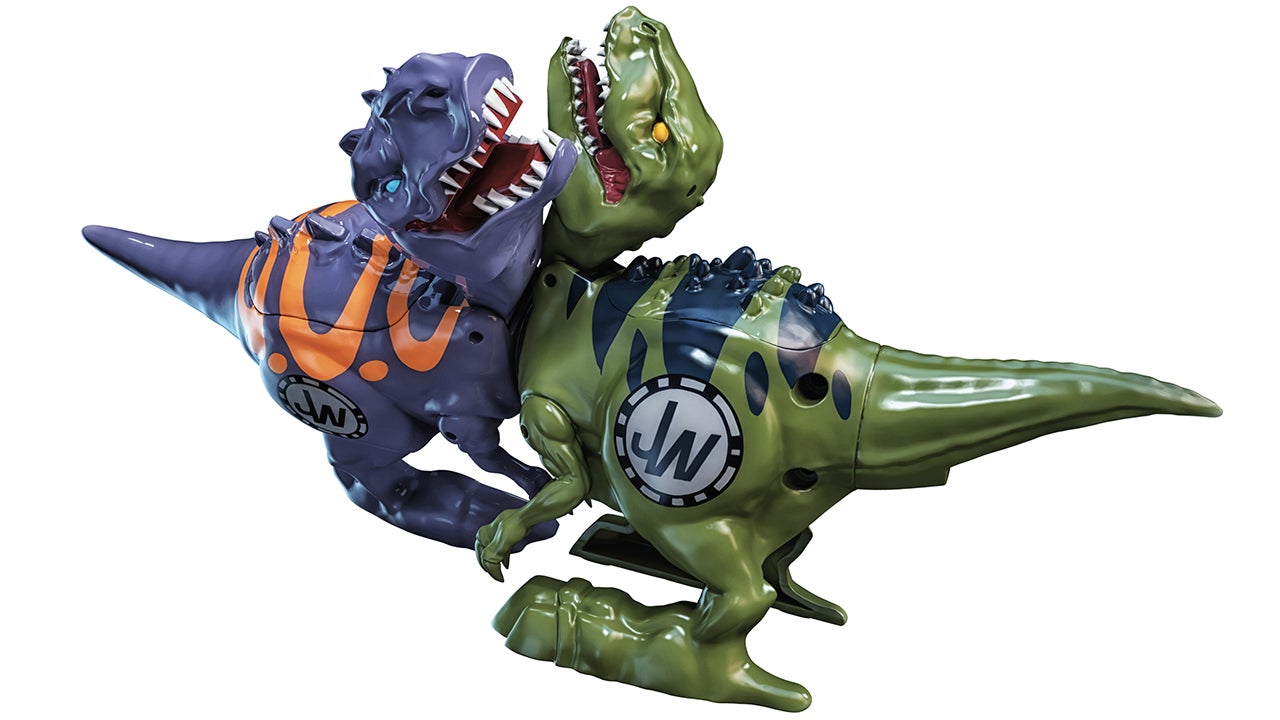 Dinosaurs aren't supposed to be cuddly. The Greek origins of their name actually means 'terrible lizard', so kudos to Hasbro for making its new Jurassic World Brawlasaurs toys live up to that legacy. Thanks to a wind-up magnetic core, when two of them meet face-to-face they don't talk out their differences, they just battle.

To get the Brawlasaurs all riled up, you crank their tails like a classic wind-up toy, pull back their heads so their chests (and magnets) are exposed, and then put any two of them together. When the magnets make contact, they unwind, causing the two dinosaurs to wildly flip and spin around like they're brawling.

And if your dinos need a more formal setting to square off in, there's an optional Battle Arena playset letting you and an opponent launch your primed prehistoric pugilists at each other. 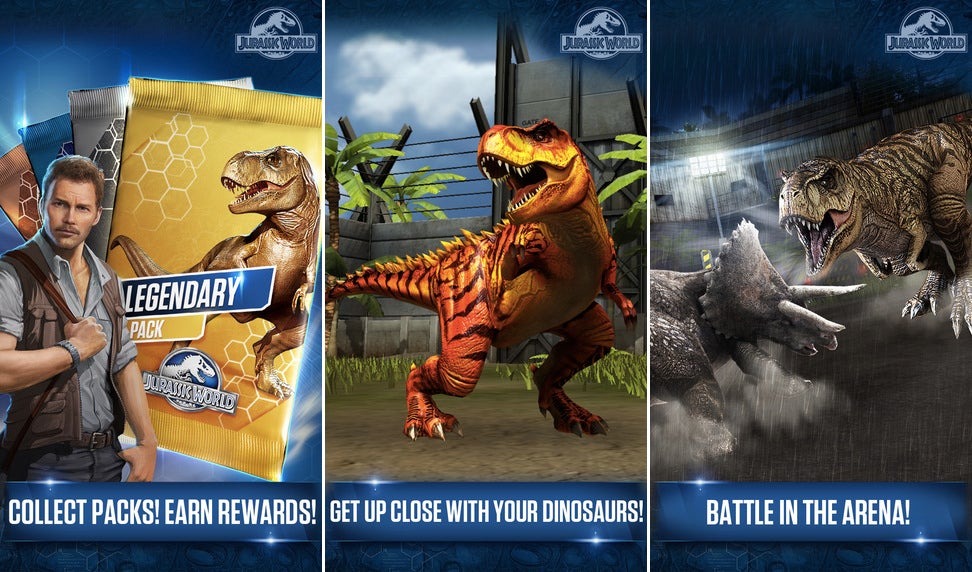 There's even an interactive element to the Brawlasaurs toys. On each dino's leg is a unique code surrounding the Jurassic World initials that loads the physical toys into a free accompanying game on an iOS or Android mobile device. In the game players also get to send their dinos into battle, but using a rock, paper, scissors — or in this case slash, bash, and bite — gameplay style.

Individually the Brawlasaurs dinosaurs are available for $US6 each, but since they're only really fun with a second one to play with, they can also be purchased in a slightly cheaper two-pack for $US10. And if that Battle Arena seems like the best place to organise an official dino-fighting tournament, you can probably charge an entrance fee to cover its $US20 price tag. [Hasbro] 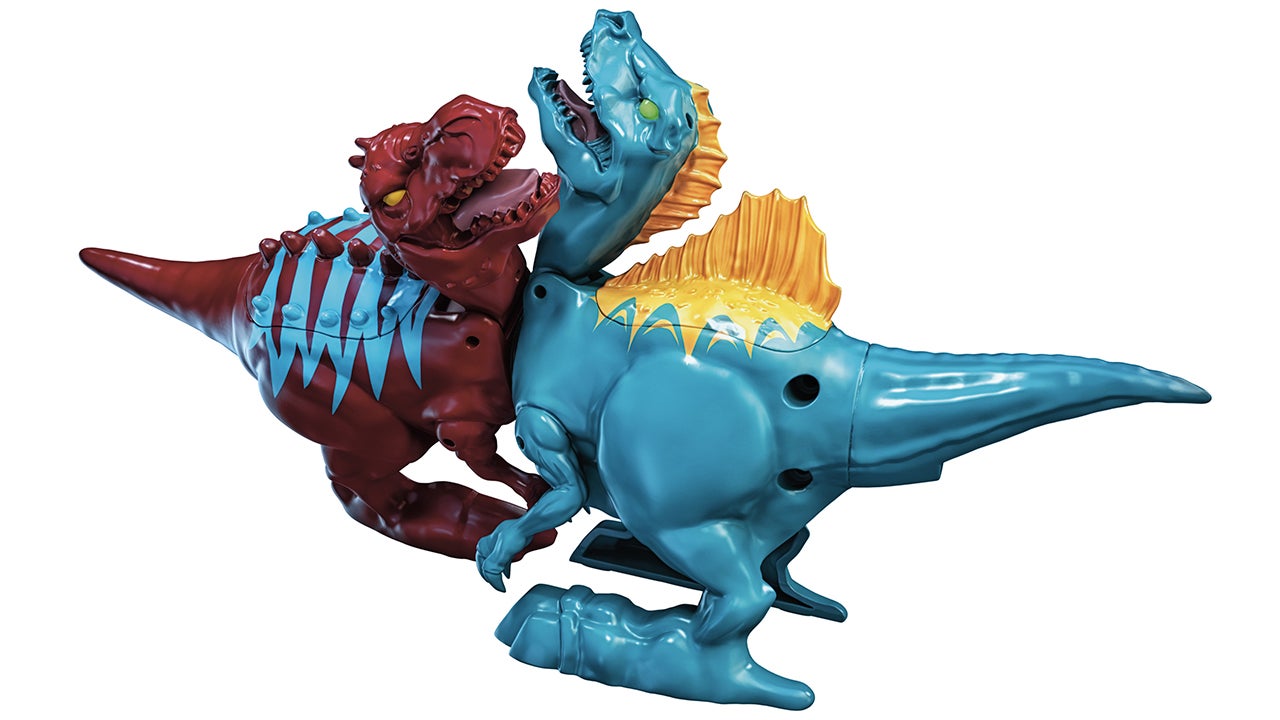 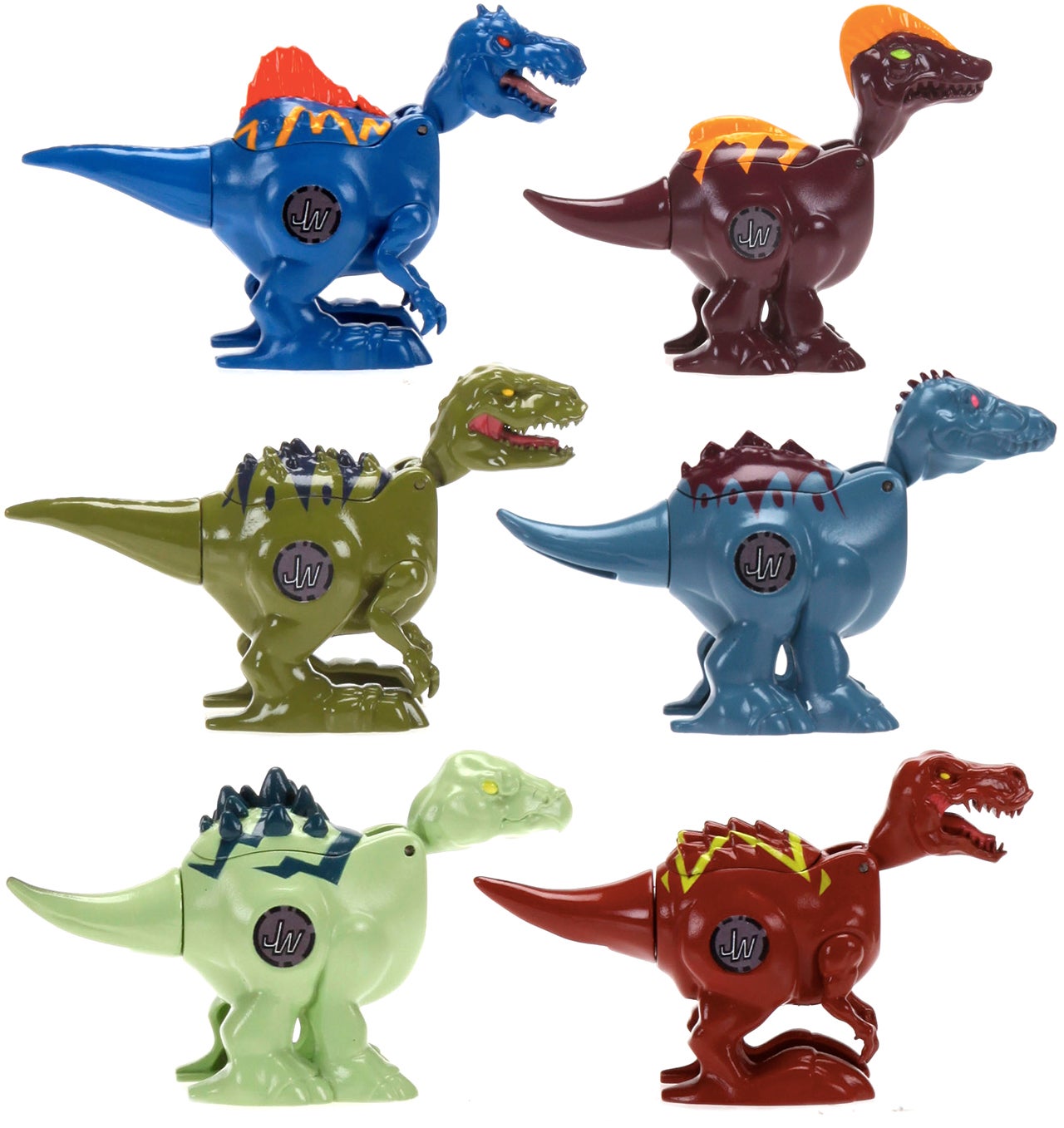 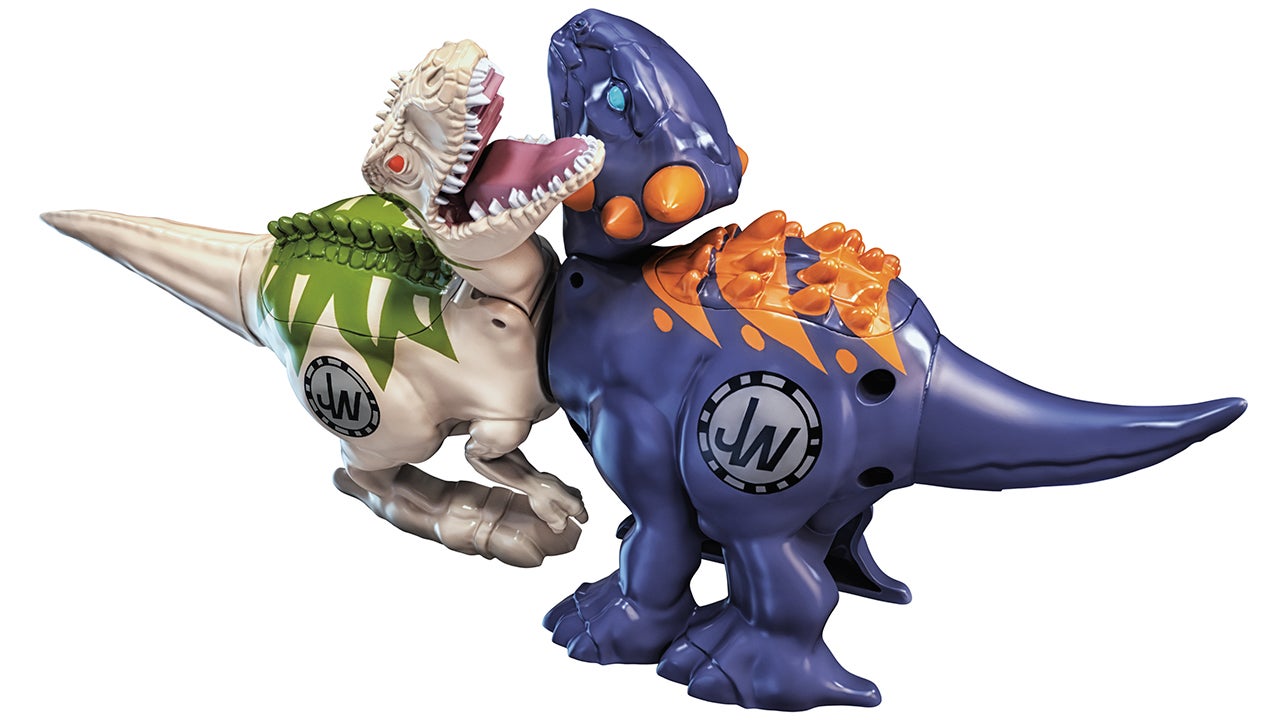