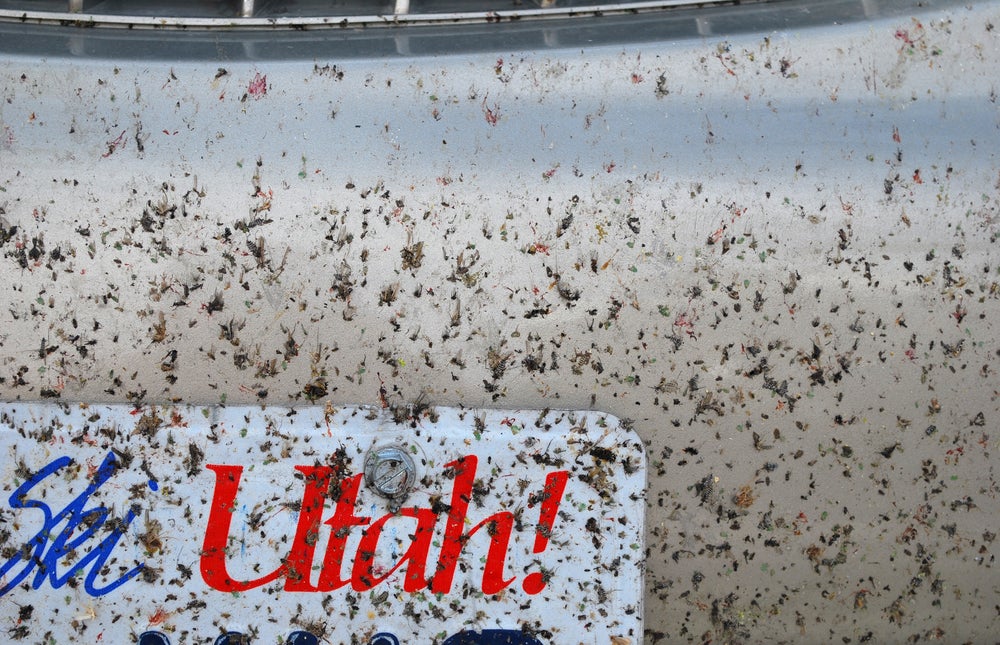 NASA's been studying the way bugs splatter for years. Those gooey speckles of black and red might be gross to you, but to aerospace engineers, they're a riddle that's plagued the industry for decades. Yes, bug guts.

The problem is one of scale. One splattered fly is one thing — thousands of them, accumulated across the wings of a large aeroplane or spacecraft during takeoff, is another. When you extrapolate that problem across hundreds of thousands of planes and millions of flights and billions of dollars in jet fuel, a little insect residue is not only a money suck, but also a safety liability, especially when it comes to fragile launch missions.

As we wrote in March, NASA's been working on fix for a long time. It's more complicated than it sounds; the biochemical nuances of insects play a major role in research.

"We learned when a bug hits and its body ruptures the blood starts undergoing some chemical changes to make it stickier," as Mia Siochi, senior materials scientist at NASA, explained in a press release. "That's basically the survival mechanism for the bug." 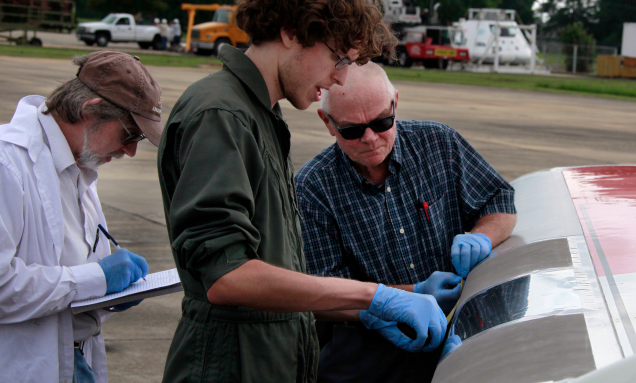 In May, NASA began testing a handful of prototype coatings — to be applied to the wings and body of aircraft — on a series of test flights in certifiably bug-infested air of Shreveport, Louisiana (in NASA's words, it has a "significant bug population").

Each coating was attached to the wings of a special Boeing 757, alongside control coatings, while researchers counted and analysed how many splatters ended up sticking to each specimen, seen in this image released by NASA: 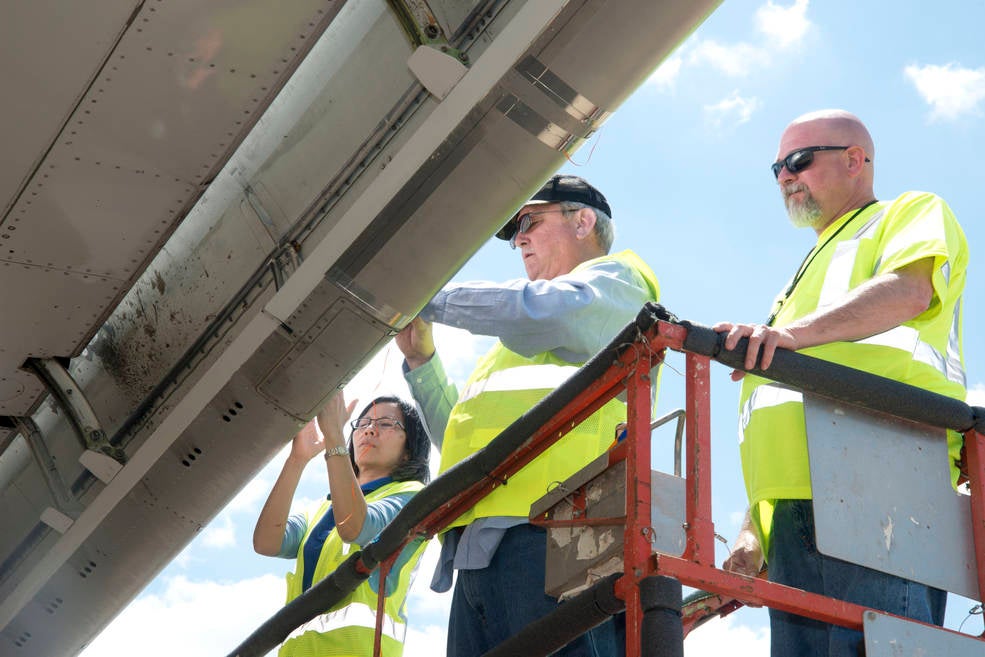 Yesterday, the agency published news of its preliminary findings, as reported today by Gizmag — and reported that one coating managed to reduce gut residue by 40 per cent. According to Siochi, the design of the coatings is partially borrowed from the microscopic structure of lotus leaves:

"When you look at a lotus leaf under the microscope the reason water doesn't stick to it is because it has these rough features that are pointy. When liquid sits on the microscopically-rough leaf surface, the surface tension keeps it from spreading out, so it rolls off. We're trying to use that principle in combination with chemistry to prevent bugs from sticking."

You're probably more familiar with the idea than you think. In fact, the phenomenon has a name: The "lotus effect." 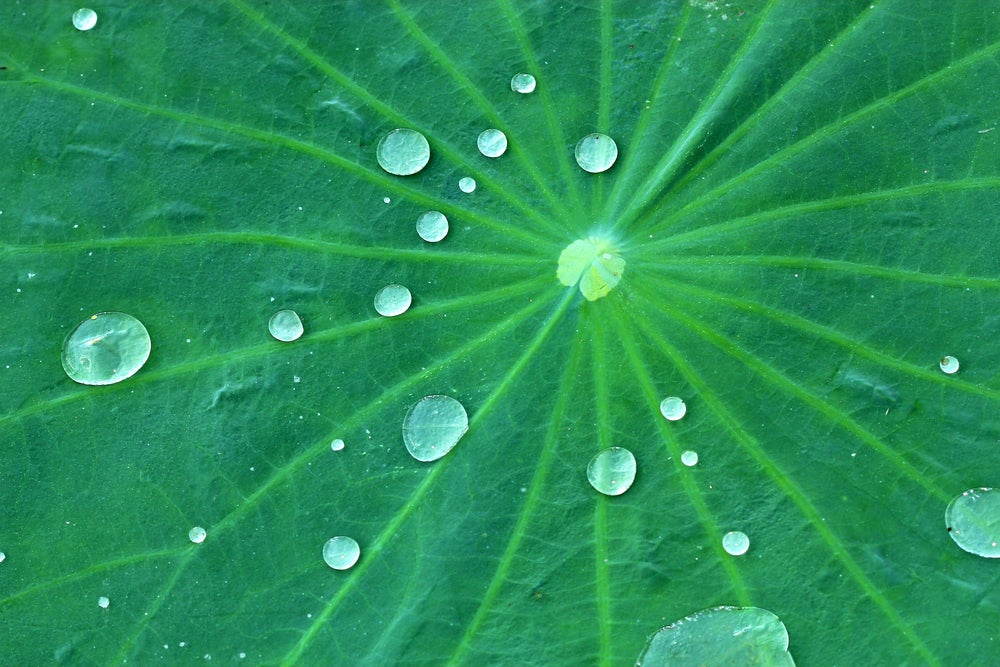 Lotus leaves — and dozens of other plants, actually — have microscopic bumps along their surface that, while invisible to our eyes, makes them feel rough. It helps their leaves remain free of muck and grime, which would otherwise block valuable sunlight.

This landscape of spiked growths repels fluids with amazing efficiency, and scientists have been borrowing the concept for decades. In fact, plenty of hydrophobic materials are based on the same surface structure. 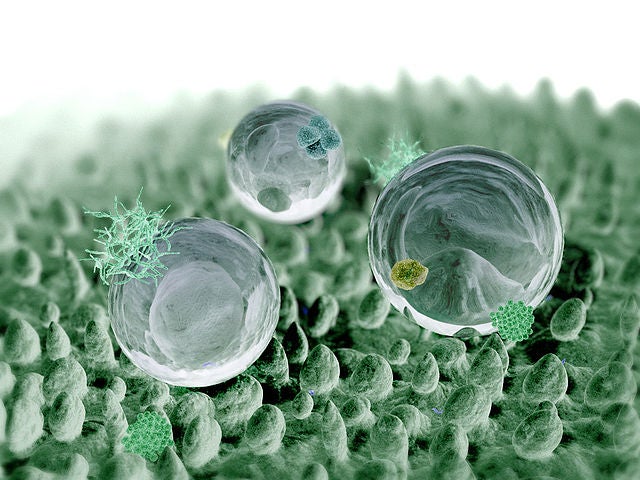 So it sounds as though NASA is using a microscopic pattern borrowed from nature to repel the very effects of nature. The agency says that plenty of testing remains to be done, but that these initial results give them a way forward. It's interesting that, even in the hands of some of the smartest people in the world, evolution still comes up with the best solutions to some engineering problems.