Why I'm Running For President As The Transhumanist Candidate 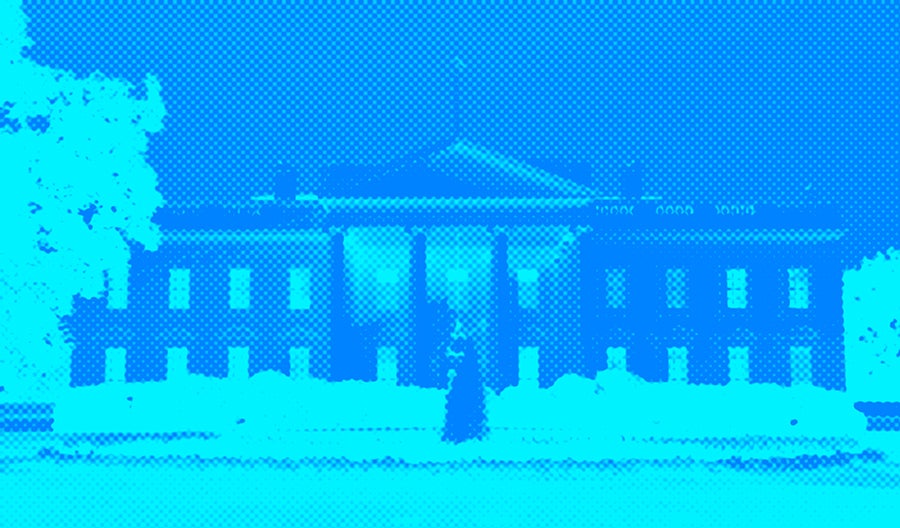 It's a wild request to ask a nation to consider electing you as their president, especially when you're a transhumanist — someone who advocates for using science and technology to radically change and improve the human species. But I'm doing it.

Last October, I declared my 2016 US candidacy under the newly formed Transhumanist Party, which I founded, and promised my community of techno-optimists I'd do everything I could to use my campaign as a way to speed up the arrival of robotic hearts, brain implants, artificial limbs, exoskeleton suits, and indefinite lifespans — all of which are just a small part of the radical science transhumanists aim to make a standard part of people's lives.

The Transhumanist Party may seem fringe to some, but it's not. It's mainly made up of scientists, engineers, futurists, and people who love technology. And while we don't have a formal paying membership process, my officers and I estimate — based on social media, event turnouts, and donations — we now have about 25,000 supporters in the US. We also have approximately 40 volunteers and more signing up every week. Globally, there are now almost 25 Transhumanist Parties on five different continents, each with its own rules that it determines best within its national framework.

My presidential campaign has been nothing short of a whirlwind. Take this morning for example. I woke up to my iPad beeping relentlessly with inbound messages — dozens of emails, Facebook posts, and tweets asking my policies on everything from artificial wombs, to a proposed moratorium on AI research, to the Baltimore riots. After brewing coffee, I answered as many requests as I could.

Later, I began the tedious business of negotiating a reality TV contract on my campaign. After taking my 4-year-old daughter to preschool, I returned to my desk and typed up a blog post supporting Chinese scientists editing the genome, then put together my slideshow for an upcoming speech in Vancouver, then worked with a designer on the Transhumanist Party's latest bumper sticker. Finally, I spent a half-hour checking out bus companies for my campaigns summer bus tour, scheduled to start this July on the West Coast.

By noon I was almost caught up on most urgent campaign matters and starting to look forward to my mid-day jog when the flow was broken by one my communications managers asking how I planned to answer inquiring press on 3D-printed guns. This is a sticky issue.

Generally, transhumanists love anything 3D-printed — especially when it concerns human organs and bionics — but the question at hand was whether manufacturing a lethal weapon is going too far, especially when anyone could do it by buying a 3D-printer off Ebay for a under $US2000?

Guns play an integral part in thousands of accidental deaths, murders, and armed robberies every year in America, so the ability to quickly, cheaply, and anonymously make them in your home or even in your car is highly contentious. I generally advocate for giving people nearly all liberties, but I had no idea how to answer this question, and neither did any of my staff. An advisor said we should check out what the US Constitution's Second Amendment (the right to bear arms) said about 3D-printers. We laughed, thinking it ridiculous to try governing a country with a 226-year old document in the transhumanist age.

People ask me all the time — since they know I'm not going to win the presidency (third party candidates never win) — if I'm enjoying the campaign. I've never thought about it like that.

I've only focused on one thing through it all — the same thing I've focused on with all my work for much of the last decade: I don't want to die. Like most transhumanists, it's not that I'm afraid of death, but I emphatically believe being alive is a miracle. Out of two billion planets that might have life in the universe, human beings managed to evolve, survive, and thrive on Planet Earth — enough so the species will probably reach the singularity in a half century's time and literally become superhuman.

The whole experience of life is crazy and beautiful and precious. We need to protect and preserve that life, at all costs. The only rational way one can do that is with technology and science, which is exactly the principle the Transhumanist Party was formed upon. Transhumanists are a people defined specifically by their love of life.

I've been lucky and grateful that so many people agree with me. Renowned gerontologist Aubrey de Grey has recently signed on as my Anti-ageing Advisor. Natasha Vita-More, PhD, who is Chair atHumanity+, is my Transhumanism Advisor. Jose Cordeiro, PhD, faculty at Singularity University, is my Technology Advisor. Former Democratic Congressional candidate Gabriel Rothblatt, son of transgendered billionaire entrepreneur Martine Rothblatt (who is a personal hero of mine), is my political advisor.

Even my wife, Dr. Lisa Memmel, a women's rights advocate and an ObGyn at Planned Parenthood, is a big supporter and member of my campaign. Together we are hoping to change the world and usher in an age where science, technology, and the right to do with your body what you want are not at odds with American culture.

Unfortunately, on many counts, transhumanism is at odds with our national culture. With an American population that is approximately 75% Christian and a US congress almost 100% religious, accomplishing my goal is no easy feat. Most Americans just don't care about the goals of transhumanism. Many subscribe to what I call a "deathist" culture, where they insist we must follow the rules of the Bible, die, and go to heaven to meet Jesus.

As an outspoken atheist (and apparently America's first visible atheist presidential candidate), none of this makes any sense to me. Despite this, I still insist my campaign and the Transhumanist Party welcome all religions and try to be respectful and open-minded of people's beliefs. After all, transhumanism is possibly the least discriminatory philosophy out there — it accepts anyone who wants to be a part of it.

None of this has calmed some of my detractors, though. Some people are downright livid about my ideas and campaign. I've even heard some Christian theologians suggest I might be the antichrist. As ludicrous as this talk is to me and others, it has prompted me to recently buy a bulletproof vest for public speeches. My share of hate email and death threats on Twitter are constant enough to warrant such measures.

These things dampen my spirit in multiple ways, since one of the central goals of the Transhumanist Party and my campaign is to advocate for taking money away from wars, violent activities, and defence, and instead put those resources into medicine to improve health, prosperity, and happiness for the citizenry. Violence, division, discrimination, and deliberately causing conflict are simply not on the transhumanist agenda whatsoever.

Transhumanism is a social movement, like environmentalism, that aims to unite people in a single direction and approach — an approach that is backed up by recent various reports showing that the world is getting better for all people. Over the last 30 years, science and technology have helped reduce infant mortality rates, given everyone longer lives, produced more jobs, lessened wars, improved general health, and made the world a better place. It makes sense then, to speed up the process of technological progress and embrace the transhumanist age, given how it improves lives.

Of course, when looked at it that way, not all Americans are philosophically opposed to transhumanism. And I think with the right diplomacy and gentle nudging, many more people in the states would come on board to embrace transhumanism. With that in mind, I'm on the lookout for new supporters. Aside from science and technology enthusiasts — those who make up the foundation of the Transhumanist Party — I am trying to acquire a new base of supporters that may allow transhumanism to break into mainstream politics.

My 2016 campaign strategy is to target three specific groups: atheists, LGBT people, and the disabled community. Collectively, they number about around 30 million Americans, and some of them are already present in large numbers in the transhumanist community and share similar values. I want to reach supporters of science and technology, and the main philosophical premise of morphological freedom — that you have the right to do with your body whatever you want so long as it doesn't hurt someone else.

Unlike the other Democratic and Republican presidential hopefuls, my campaign is not very technically political. Sure, I try to address questions on taxes, social security, international relations, and other typical candidate topics when asked, but I'm not trying to be spew political ideologies or subscribe to a political party. I don't care about leaning left or right, nor does most of the Transhumanist Party. We're here to offer the kind of change that affects society's entire existence and our rapidly evolving future. We want to convince government and people that a transhumanist-inspired country will not only benefit all, but be an exciting step for the human race.

For example, transhumanists want to reignite the space industry and send citizens all over solar system. We want to build massive seasteading projects where all flavours of people and scientific experimentation can abound. We want to create an artificial superintelligence that can teach us to fix all the environmental problems humans have caused. We want to declare war on cancer, Alzheimer's, and ageing — not on drugs, disenfranchised minorities, or small oil-dependent nations.

We want to close economic inequality by establishing a universal basic income and also make education free to everyone at all levels, including college and preschool. We want to reimagine the American Dream, one where robots take our jobs, but we live a life of leisure, exploration, and anything we want on the back of the fruits of 21st Century progress.

My presidential campaign is a strange, tumultuous endeavour to undertake, knowing I have almost zero chance of winning the 2016 election. But I have my sights on other important tasks: growing the Transhumanist Party, developing policies that unite the nation under one techno-optimistic vision, and getting everyday people to desire unlimited lifespans via science. These are important jobs, and this is where my heart and mind are focused daily as I sojourn on the bumpy campaign trail.